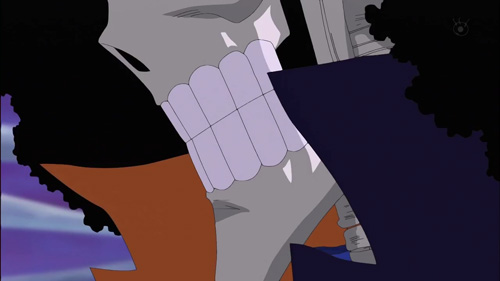 Brook: “He may think that we’ve betrayed him, but if he’s waiting even now, how miserable must he be? […] I can’t help but think that he’s believed in us all this time.“ 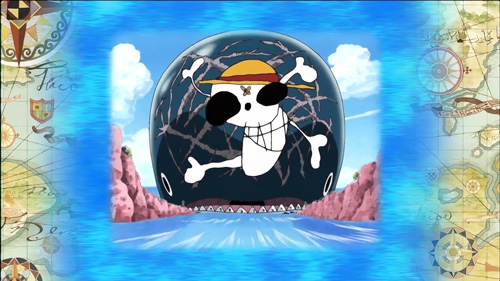 Luffy: “Your nakama may be dead, but from now on I’m your rival!“

I love One Piece. I love how it can make me care, deeply, about such a rag-tag bag of bones and his long lost friend, a giant whale called Laboon. This is a complaint about One Piece that I’m used to reading, that the art-style is too cartoony to take seriously. While I can understand that opinion, isn’t it a tad superficial to rely quite so much on how a character looks in order to feel empathy for their plight? “He’s a man!!” says Franky, because Brook, despite everything that’s happened to him; dying, losing his body, even after having his shadow stolen, he’s a man because he’s still thinking about his dearest friend and the promise he made to him some 50 years ago. All that time has passed and he still cares. I could watch this anime forever. After all, skin or no skin, a man is only as good as his word (or his afro).