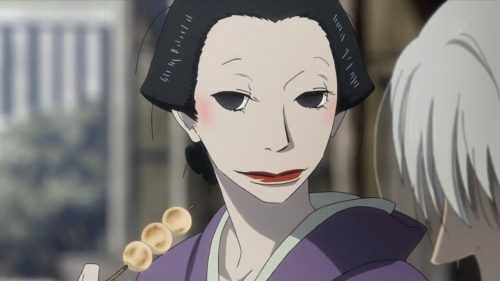 People regularly whine about “ugly” anime, complaining that if a series is ugly, then it’s not worth watching. Natsume Ono‘s style is the finest modern example. Her latest work can be seen in the new House of Five Leaves (which began only last week on noitaminA,) but you may also know her as the creator of Ristorante Paradiso.
Her trademark, polarising style lays in her character design: big, round eyes; wide, thin mouths; pointy noses; they inspire a certain sense of revulsion (with their ‘shark’ eyes and rubbery facial expressions) and would never be considered attractive in the conventional sense, but then, that’s the point; Ono is doing it on purpose, therefore, complaining that her characters are ugly is like complaining that the sky is blue; it’s just her style, so why get so hung up on it? At least it’s trying to set itself apart from the rest (originality.)

END_OF_DOCUMENT_TOKEN_TO_BE_REPLACED

I realise it’s been a long time since I last wrote, and I’m sorry if you’ve been hitting this blog every day since looking for a new post (Remember guys, that’s what RSS is for.)
I guess you could say I fell off the (anime) wagon; I was half-way through writing a post about Durarara!! when I realised I just wasn’t feeling it as well as I should (my writing, that is. Durarara!! is really good, but you knew that already.)
When something like that happens, that vague lack of inspiration, it’s usually as sure a sign as any that I’m burnt out and need a break (and this blog was going so well in 2010, too!) Alas, it’s now April already and a new season beckons.