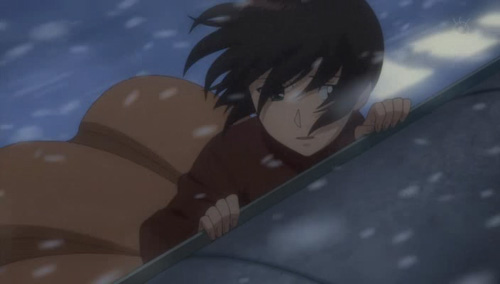 When its first episode finished, I suspect a lot of people probably dropped their interest in The Daughter of Twenty Faces (a.k.a Nijuu Mensou no Musume) right there and then. Going off of first impressions, it’s not flashy at all. The colour palette is subdued, there’s no sensational fan-service and no eccentric personality winking at the camera, it was just a rather straight-up crime-caper that’s a lot like Lupin III. At that point in the series, I suppose I can understand why people might have said that it was dull, cheesy and nostalgic of an era that they have long since lost interest in. I felt much the same way, but something caught my eye (or should I say, my heart?); her name was Chiko, the titular daughter.
The first episode is merely the beginning of her journey. She’s vulnerable, fragile and sensitive, kind-hearted and eager to learn. At the end of that episode, I really felt happy for her, that she deserved this new family, this new adventure. That’s so important for me; nice animation is fine, blazing action is a bonus, but all I really need is that empathy, that desire to cheer on a character or two, and I found that in Chiko. Once you’ve formed that connection, the rest will often fall into place, and now, six episodes in, I’m about ready to say that The Daughter of Twenty Faces (along with Kaiba) is probably the best (and no doubt, most underrated) anime of the spring season.

For Chiko , it’s irrelevant that Twenty Faces is a world-famous thief, because she sees him, first and foremost, as a surrogate father and her savior. It’s a lot like how One Piece‘s Straw Hats are so bound together by Luffy’s charisma; he might be an idiot, but he cares deeply about his friends. Similarly, everything that Chiko’s beloved “comrades” do is for each other, and I can really understand that desire; that contentment shared by the closest of friends is so precious.
We reach an early crescendo in episode 6, as Chiko’s dream-like adventure ends as abruptly as it began, when the harsh reality of living as wanted criminals catches up with her merry band of brothers. It’s a stunning episode, so unpredictable and shocking. Having moments before been sharing their carefree adventures, we’re suddenly dealing with their mortality, watching people, Chiko’s family, die in front of us. As the action explodes within the elegantly painted compartments of a speeding train, the claustrophobia is palpable and I can’t help but think of Baccano!. 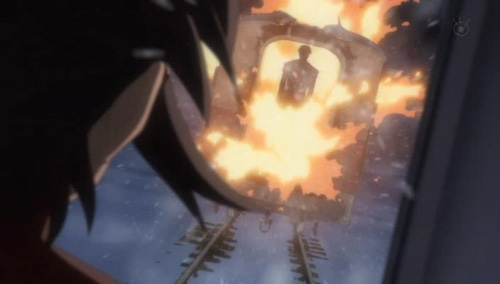 To their credit, Studio Bones have done a good job with the production side of things. They absolutely nail Chiko’s agility; her deft movements designed to have all the elegance and poety of a feather in the wind. Depictions of buildings, landscapes and weather are warmly realistic and evocative of a by-gone era; it’s a moody presentation that you can really dive into, almost taste.

Chiko begins the series as a naive 11 year old, innocent, optimistic, trying to grow up too fast. By the sixth episode, she is already 13, having developed into a thoughtful, confident girl with some exceptional physical skill. Seeing her transform into an adult, hampered by emotion, living for and chasing after her friends, is an undeniably compelling experience. She is a nice, convincing person and a character that I want to see smile.