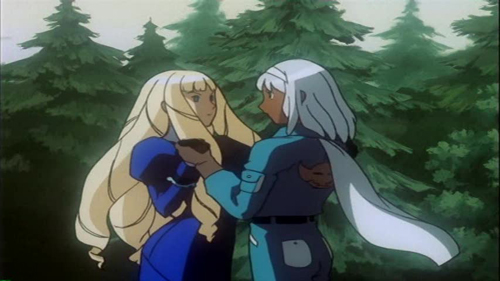 As of writing, I’ve managed to sit through 28 episodes of Turn A Gundam; satisfied that I’m just over half way there. I won’t lie – it feels like an achievement because I’ve struggled through the series; at one point I literally had to stop an episode half-way and take an energy boosting nap, such was the weary spell it cast upon my tired eyes. I’m only aged 24, supposedly a fully-fit man, not some tired old geezer!
To be honest, I’ve encountered the same struggles with a lot of Tomino-directed Gundam anime. His stories offer some fascinating ideas and exciting situations, his characters are unpredictable and interesting, yet the plot-heavy dialogue and non-stop “stuff happening” leaves little room for reflection and recovery; it’s like I’m constantly playing catch-up with what’s on screen, what’s blowing up, who’s attacking who. Damn it, its hard work.

END_OF_DOCUMENT_TOKEN_TO_BE_REPLACED 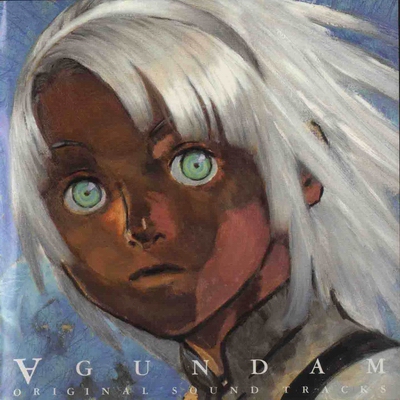 Lately, I’ve been running a little low on inspiration. Blogging can be great fun, but it’s hard work when the ideas aren’t flowing as freely. In the last week alone, I’ve scrapped two half-written articles simply because they felt like a chore to write, and after all, dear reader, the last thing I want to do is infect you with is my apathy. I’m thoroughly enjoying the likes of Gurren Lagann, Seirei no Moribito and Toward the Terra, yet I’m finding it increasingly difficult to write about any "current" anime at all, if just because I feel like my voice is drowned out by the sea of fandom; you know, I want to say an episode is cool, but its kind of pointless when dozens of others have already said the same thing.
By way of those feelings, over the weekend I started watching Turn A Gundam. Despite its obscure reputation, respected opinions have assured me that Turn A is the best of the post-UC Gundam productions and to be completely honest, the fact Yoko Kanno composed the music is enough to merit a substantial leap of faith anyway.
As of writing, I’m four episodes into the series and so far, I’ve enjoyed it. For a Yoshiyuki Tomino anime, the lead character (effeminate, white-haired teen called Loran played the stellar Romi Paku) is remarkably pleasant, and that the story has so far unfolded on Earth lends a dash a colour and diversity to Tomino’s typically oppressive, space dwelling back-drop. His ideas continue to fascinate me, as does the depth of the universes he creates; personalities, technologies, cultures, rituals; its easy to lose yourself, to believe in the story — the little details are so important.
Turn A is clearly influenced by a Miyazaki style environmental paranoia. The story begins as three kids (from a splinter human settlement on the moon) land on Earth with a mission to investigate the lush green planet and its industrial society. Two years later the army, mobile suits in tow, invades. Based on these four episodes, there is an obvious lamentation of both advanced technology and its irresponsible use, ultimately leading to the pointless desecration of nature as a power struggle escalates into an all out yet completely pointless war. A number of subtexts can be read into the invasion and occupation of Earth by "foreigners", not least of all a post-WWII fear of Western culture and technology occupying traditional Japan.
Yoko Kanno’s soundtrack is another highlight, epic and sweeping as ever, I’m looking forward to further acquainting myself with the OST. High amounts of nudity not withstanding, the animation is fine, clearly hand-drawn and evoking the sense of depth and life that today’s CG dominated, artificial fare has somewhat misplaced.