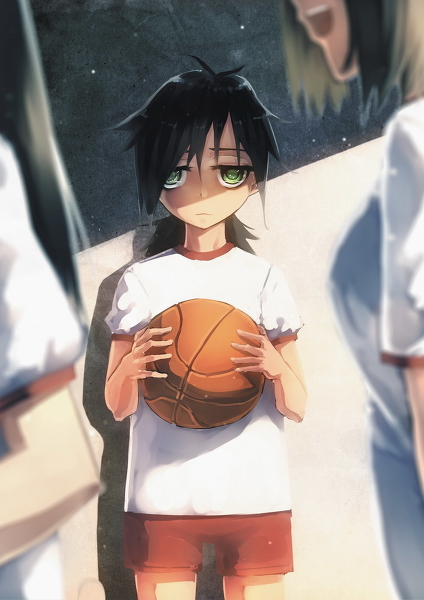 Of all the new anime that I’ve seen this season, it’s probably WataMote that has left me with the strongest impression, to the point where I went ahead and started reading the manga straight after watching it. With its English title of No Matter How I Look At It, It’s You Guys’ Fault I’m Unpopular! you can guess what it’s about, but to summarise, it’s the story of the unpopular high-school girl Tomoko and her titanic struggle to be not so.
That may sound like the beginning of any given high-school anime (which is, let’s face it, almost every anime,) but the twist to WataMote is that there’s no external salvation for her. No-one notices her, she doesn’t join the light music club, she’s not infatuated with her brother, she’s a dedicated fujoshi, but for all of her hundreds of hours of “training” through dating sims, in the end no real boy so much as looks her way. As the title alludes, her problem isn’t that she’s unpopular, but that she’s blaming everyone else for it, and therein lies the harsh truth that under pins this series. Tomoko’s so clearly denying reality. No one has bullied her to make her this way, she’s just an introverted, really shy girl, and her unpopularity is of her own making.
END_OF_DOCUMENT_TOKEN_TO_BE_REPLACED