I started out intending to write a review of the show Noir,  but while researching (okay, I’ll admit using Wikipedia) I discovered Noir’s spirital successors, Madlax and El Cazador de la Bruja.  Each show was animated by the studio Bee Train.  I thought, great, I can do one big “girls with guns” trilogy review,  but when I started watching El Cazador, I knew that it deserved its own review.  Unfortunately, the show needed its own review because of what it did wrong, not what it did right.

The show’s plot does not strike new ground.  A teenage girl named Ellis is on a journey south to learn more about her identity and to regain her lost memories.  She is accompanied by a female bounty hunter named Nadie.  Nadie was hired to protect Ellis from other bounty hunters who are pursuing her.  Not that Ellis needs much protection.  She can cause objects to suddenly heat up and melt and has displayed super human strength.  The show is heavy on conspiracy and subertfuge, for example Nadie’s boss is a woman who works in the company that created Ellis.  That same company is now hunting Ellis down.  All of these elements have appeared in previous shows, either by Bee Tree or others.  The end result is a show that took pieces of other anime’s stories instead of striving to come up with something original. 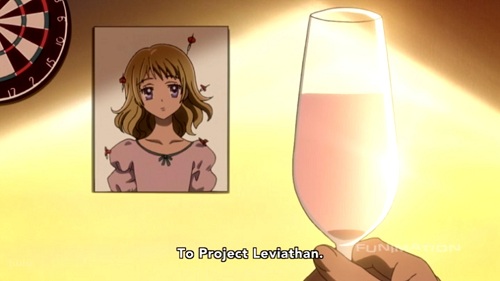 The biggest problem with this show is its pacing.  Episodes drag on and on while little of interest happens.  In my opinion, it is acceptable for the creator of an action show to slow down the pace of the show in order to allow for character development.  For example, Cowboy Bebop had episodes, like part 1 of Jupiter Jazz, where action takes a back seat to learning about the characters.  Still, I get bored if character building episodes lack action.  The action scenes in El Cazador, when they happen, are pretty dull.  They generally involve Nadie shooting a gun out of some enemy bounty hunter’s hands.  It has nothing like the choreographed fights in Cowboy Bebop.


At first I also found the animation disappointing, but after further reflection its the one part of the show I liked.  At a glance it looked like the animators used a dated artistic style that was lower quality than the animation in shows released around the same time like Mai Hime.  I think this is just an illusion though, Mai Hime was animated with bright, poppy colors while El Cazador used pastel hues that resulted in beautiful painted backdrops.  If you focus on the characters in El Cazador, you will find they look just as sharp as those in Mai Hime. 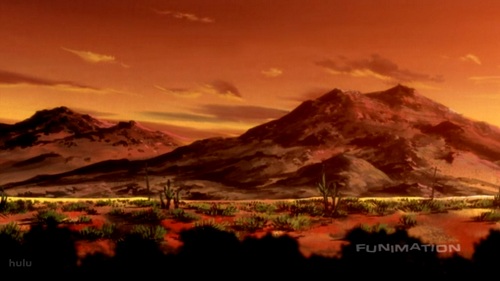 I think this show had great potential, but the pacing and lack of action means I can’t recommend it.  I loved Noir and likely will review it here soon.  It was the best girls with guns show I’ve seen.  I would suggest that anyone excited by the idea of a fast-paced show with female assassins watch that first.  If you watch it and are interested in seeing more of Bee Train’s work then maybe El Cazador is right for you.  Otherwise, save your time.

5 replies on “Girls with guns but not much else”

I’m a big fan of Noir and I liked Madlax, so I was very excited for El Cazador. However, I knew just a few episodes in this was not the end to the girls with guns trilogy that I thought it would be. The only really redeeming part was the music, which is in my opinion one of Yuki Kajiura’s best soundtracks. Michiko to Hatchin was an infinitely better girls with guns series taking place in Central/South America. If you’re interested in a series like this, do yourself a favor and watch that instead. Phantom~Requiem for the Phantom would have been a much better concluding title to this trilogy.

I definitely plan on watching Phantom~Requiem but after El Cazador I’m a bit mum on Madlax. Do you think its worth my time?

Bee Train has yet to produce any anime I truly enjoy. They often have high production values, and I have soundtracks from a couple of their series, but the anime themselves have never interested me much. Of what I’ve seen, Noir is probably their best work, but for me the best girls with gun series is definitely Gunslinger Girl. Which Bee Train had nothing to do with (it was a Madhouse production).

I felt like I should watch Noir, since it’s pretty much a classic at this point, but it paled in comparison to Read or Die and Kino’s Journey, neither of which are completely ‘girls with guns’ but are arguably related. That said, I think it would be fun to watch in a group of people, possibly mixed together with Excel Saga and Outlaw Star.

Noir is much better than Outlaw Star. I’d liked the show but it had way too many throw away characters.