Young women with gun skills? Check. Mysterious organization that runs the world? Check. Quasi-religious mysticism? Check. Noir only lasted one season, but if you started watching Madlax and thought it was Noir Season 2 I wouldn’t blame you. Madlax isn’t a complete copy of Noir, it does tread new ground after about 20 episodes or so. And the new material is innovative in its own way. What ultimately holds it back, what has held many other shows back over time, is that it still feels too much like a rehash of what came before, rather than something fresh and entertaining. 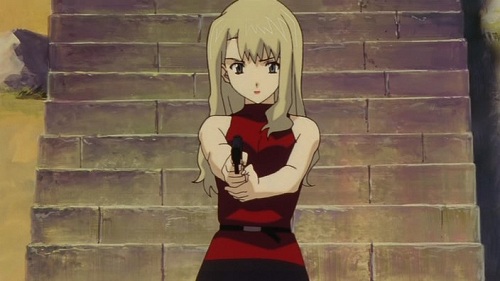 The easiest way to see why it’s a rehash is to look at the main characters of each show and to see how similar they are. Mireille and Madlax are both experienced gunslingers and professional assassins. Both go by code names that serve as the titles for their shows. Both are mildly dissatisfied with the lives they live. Meanwhile Kirika and Margaret are both young, short, slender girls with mysterious pasts. Both girls appear fragile and absent minded, but actually have great power of their own. The personalities of these pairs of characters are so similar that Bee Train could have taken Noir‘s characters, put them into Madlax, and Madlax would have played the same. 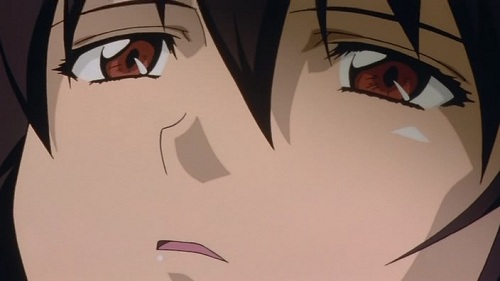 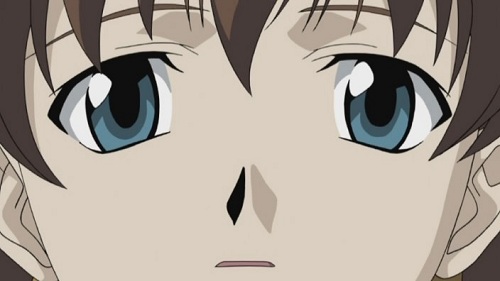 The similarity between the series suggests that Bee Train’s goal with Madlax was to repeat the formula that made Noir successful. The problem with this approach is that it leads to a boring show. If you’ve seen Noir, the first 2/3 of Madlax will seem like a pale imitation. And by the time the show finds a new direction, it’s almost over.  The upshot to Bee Train’s approach is that it probably led a number of Noir fans to watch Madlax in the first place. It certainly led me to watch it instead of a show like Phantom: Requiem for the Phantom which sounded more interesting, but which I knew less about. 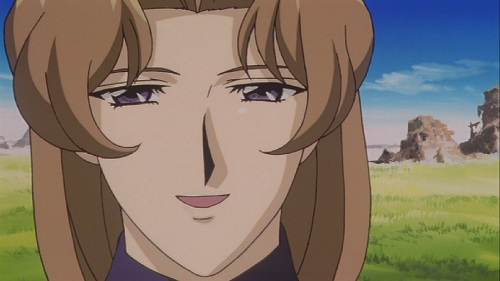 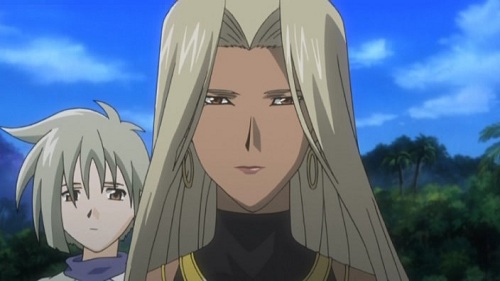 The strategy of trying to recreate a proven success happens with Western media all the time as well. For example, Twilight did well, so now there are three different shows about vampires on TV. A good example of successful adaptation is the play West Side Story.  The plot is adapted from Romeo and Juliet, yet the characters and the action are still fresh. This is as true for those who know Romeo and Juliet by heart as it is for those that haven’t seen it before. What Madlax failed to do was take the idea behind Noir, girls with guns with a fantasy twist, and create a compelling new story around it.
Bee Train’s mistake is repeated by much of the industry. The anime studios are busy copying old shows instead of transforming their ideas into new shoes. Luckily for Noir, Madlax isn’t its last shot at reinvention. The US TV network Starz is releasing a live action adaptation of Noir soon. It will be a good chance to see if Hollywood can succeed where Japan failed.

9 replies on “Madlax aka What's wrong with the anime industry”

The problem with Phantom is that it is based on a visual novel, and it follows visual novel logic.
I haven’t seen Noir or any of the other Bee Train GWG shows – I’ll probably hit up Noir in a week or two, now that it’s streaming. Hopefully as an original story it won’t drive up the walls. If I like it, maybe I’ll give Madlax and El Cazador a shot. There’s a good chance I won’t make it through 20 episodes of repetition though, unless I REALLY like the formula.

Of the three I liked Noir the best, although Madlax might seem better (and won’t seem repetitious) if you watch it first. El Cazador is very different, story wise, than the first two, although some of the character types are similar. Even with the differences I couldn’t get through more than the first third of it before I grew bored and stopped watching.

It will be a good chance to see if Hollywood can succeed where Japan failed.
Bwah ha ha ha ha. Good one. Man you sure are funny.

Say what you will about past efforts, at least there is some indication they will cast an Asian woman for Kirika. And the executive producers have had success in the past.

I always feel like part of a rare minority when I admit to being (generally) a fan of Bee Train’s (ie. Koichi Mashimo’s) work. The first show that really solidified my interest in anime was .hack//sign, so the studio holds a place in my heart. Noir to me is Mashimo’s strongest work, with Phantom coming in at second. Noir and Phantom are two of my favorite anime. I’m a sucker for assassin shows, I’ll admit. I don’t mind the episodic nature of either of the series at all. Madlax, I enjoyed too, but more as a guilty pleasure. It’s an acquired taste, though. The first half is, dull. I remember having to trudge through it thinking about how much less engaged I felt in comparison to my experience with Noir. But once it reached the halfway point I felt more compelled to watch it, to the point where I eventually marathoned it within a few days. I think that someone looking into these shows should watch Noir first, and if they like it then try Phantom, and if they like that then try Madlax. I’m not even mentioning El Cazador because that was shit.

I could never get into Madlax in the way that you were able to. By the time I got to disc 5 I had to force myself to finish it up. I’ve only gotten through the first bit of El Cazador, but I agree with you that it was no where near as good as Noir. Based on your post maybe I’ll take a second look at phantom.

I’m a NOIR fan, so I watched Madlax, and it disappointed me. NOIR is much more realistic, if you ignore the marvelous skill of Kirika and Chloe of cause. NOIR has its soul. You can feel director’s opinion about the world, and how people can change their own destiny and say no to the huge black side of the world. However Madlax is a joke, a fantasy that out of control. The story line is poor and characters know nothing about what they are doing.
The last on of the series, EL CAZADOR, is a fun and entertaining one, which I also like a lot.

I totally get where you’re coming from. You think that because Madlax has certain elements from Noir, it’s rehash. Well I disagree. I do like Noir and El Cazador, but Madlax is my favorite of the Girls with Guns trilogy somewhat because I saw it first then the others.
You mentioned that if you replaced the main characters from Noir with those of Madlax, it would play out the same. Let’s try that…
Replacing Madlax with Mireille Bouquet:
*Mireille answers the phone*
SSS: Madlax it’s SSS. I got a mission for ya.
Mireille: I think you have the wrong number. This is Noir.
SSS: Oh… well do you like pasta?
Mireille: Well…
Replacing Margaret Burton with Kirika Yuumura:
*Kirika’s in bed*
Elenore: Miss Margaret! It’s time to wake up!
Kirika: What?
Elenore: You’re not Miss Margaret!
Kirika: Where’s Mireille?
Replacing Quanzitta Marison with Altena:
Altena: My sweet Chloe, what am I to do with you?
Nakhl: My name’s not Chloe.
Chloe: Let’s be friends.
Nakhl: Uhh… no.
Quanzitta: She’s scary…
Everyone else:
*Friday, Carrossea, Limelda, Laetitia, Vanessa, Luciano stand in line thinking*
“Who are we supposed to be replaced with?”
Just because they’re similar doesn’t mean it’s a rehash.

So, because you noticed similarities between two anime series, that led you to think that all of Japanese animation is creatively bankrupt? Did it every occur to you that because Noir, Madlax, and El Cazador are a spiritual trilogy, it would make logical sense for their creative choices? If you were to watch Kimba the White Lion first, then The Lion King, would you honesty argue that TLK “feels too much like a rehash of what came before, rather than something fresh and entertaining”?! Subjectively, maybe. But objectively, no.
https://www.youtube.com/watch?v=G5B1mIfQuo4