Time of Eve is about a Japanese society assisted by intelligent, human-form androids. It draws heavily from the robots of Isaac Asimov’s books. Asimov’s and Time of Eve‘s robots are bound by a set of three laws that prevent them from harming humans or allowing humans to come to harm. Both Asimov’s and Time of Eve’s stories illustrate how humans react when faced with superior machines: namely they react with alarm. Time of Eve explores this interaction from a Japanese perspective; ie the reaction is one part alarm, one part sexual attraction.


The clash between humans and robots happens not on a planetary battle field, but at the Time of Eve cafe. The cafe has one rule: no discriminating between humans and robots. Two boys, Rikuo Sakisaka and Masakazu Masaki, discover the cafe and become the focal point of show.
Tension between men and machines isn’t new, authors have explored it since at least Mary Shelley’s “Frankenstein”. Time of Eve sets this timeless story in Japan and delivers a Japanese perspective on it. I’m not sure it succeeds in this task, nor can I exactly quantify what the Japanese perspective on this issue is. Whatever it is, it involves awkward exchanges between Rikuo and his householder android, Sammy, and a love triangle between Rikuo, Sammy and the cafe’s barista, Nagi.

Along with exploring the relationship between Rikuo, Sammy and Nagi, the bulk of the show has Rikuo and Masaki learn about the lives of the cafe’s android customers. Most of the early episodes discuss one or two of the androids. The customers include two robots in love, an older android who cares for a younger one and an outdated android on the verge of death. The vignettes are fun to watch, but the show fails to build to a meaningful ending.
This failure is the show’s greatest weakness. The show introduced a number of interesting questions and plot points. These include the societal conflict between the robots and humans, the importance of Rikuo’s dad in the conflict, the Tokisaka incident and what happens with Masaki and his father. At the end of the show’s six episodes none of these threads were resolved. A subsequent movie adaptation added additional content, but the series still feels incomplete.

For me, Time of Eve is as important for its delivery, as it was for its content. Unlike the vast majority of anime available in the United States, Time of Eve is only available via iTunes. Digital distribution didn’t start with Time of Eve. However, Time of Eve is the one of the only anime available digitally straight from the Japanese production studio. No western anime company is distributing it.
This model of distribution could allow western anime customers to meaningfully contribute money to the Japanese industry and have access to more content. Right now, western consumers provide a little money to the Japanese companies, but not enough to make a meaningful difference. Also, some of the money from each anime purchase also goes to middlemen (like Sentai Filmworks) rather than to the Japanese studios. The middlemen act as gatekeepers, limiting what anime gets released in the United States. They act as gatekeepers not because they are cultural despots, but because they have financial constraints. The companies must make an upfront payment to an anime studio, before selling any DVDs. As a result, western anime companies only agree to distribute shows when they are sure to make a profit. If the anime studios distribute their shows directly, they wouldn’t need to worry as much about taking a loss on a show. The cost to release a show digitally is low and the studios could release all of their content without much fear of losses. 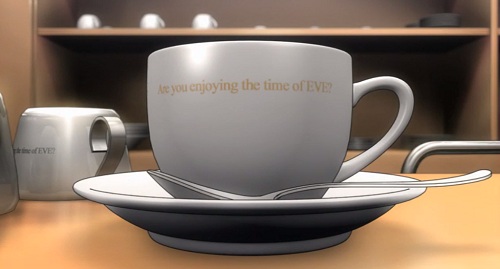 Direct distribution would allow Japanese companies to make more money without much effort and would increase the number of titles available in the west. All most shows need are English subtitles. The subtitles themselves already are getting generated by sites like Crunchyroll when the websites simulcast anime. iTunes and Amazon both have DRM and region restrictions, so the Japanese wouldn’t need to worry about the distribution cutting into domestic Japanese sales. The distribution would allow Japanese companies to cut out Sentai and other middleman, thereby increasing profits. Western fans would finally get to support the studios directly and would have access to more content.

Well, I would argue that Itunes is as much a middleman as any other, but I agree that a direct distribution method is a model worth trying.
As for this show, I didn’t have an problem with unresolved issues, because I watched it as a slice-of-life series. That may have been a wrong way to approach it, but the relaxed atmosphere in the cafe suggested it.

I’m alright with slice of life not resolving some things, but this show left major plot points unresolved. I’m not sure whether it was on purpose or not, but it left me feeling unfulfilled.

I view this story (both the 6-part ONA and the movie) as the ‘first part’ and I’m expecting a sequel at some point. I hope it happens because everything about the ending made me think “Yoshiura’s leaving this open on purpose so he can revisit it later.”
The distribution angle was interesting indeed…it was one of the first examples I encountered in which there was a more ‘direct’ dialogue with fans, and it was of course one of Crunchyroll’s earliest successes. I even had Directions themselves e-mailing me for permission to link to my blog’s reviews of the show for publicity purposes…which of course I was happy with since it’s a favourite of mine and I want as many people to enjoy it as possible.
I do feel as though I’ve spilled gallons of virtual ink writing about it, but this really is one of the best SF stories I’ve ever read…and I’m a die-hard SF fan. There’s so much going on under the surface and so many interesting issues it raises, simply through humans and robots interacting. The direction/presentation is the icing on the cake too.
It’s not the ‘Time of Eve Sequel News’ I was hoping for, but the trailers for Patema Inverted look very exciting indeed. It’s different from what Yoshiura’s done before, but I’m sure it’ll be wonderful in its own way.

I wouldn’t rate this quite as highly as you, but I would agree that it is one of the better takes on the robot/human interaction stories out there.
I would also love to see more episodes, although at this point that doesn’t seem likely. The shows that seem to get more content or a reboot (like Hunter x Hunter or Inuyasha) are much more popular than Time of Eve. But I’ll definitely watch Patema Inverted and see how that is.

Yes, we opted not to license Time of EVE to a US-based distributor, and have released the 6 episodes and the movie directly to fans outside Japan via Crunchyroll and the iTunes Store (US, NZ, Australia, and UK). Your blog post laid out the issues quite well.
Time of EVE
http://www.facebook.com/pages/Time-of-EVE/237998516269727
http://itunes.apple.com/us/movie/time-of-eve-the-movie/id484850375
https://www.crunchyroll.com/time-of-eve

I thought Time of Eve was a social commentary on (racial) discrimination moreso than being about the rights of robotic creations. (The robots express love, and have appearances akin to humans, so I think of them as a parallel to humans)
Then again, Shelley’s Frankenstein and many other robot/andriod fictions can be interpreted in a similar way. (Chobits?)
But regardless, there was a certain warmth in the cafe that is never present in the country full of tension between the robots and humans, and this contrast is what I enjoyed throughout the short series that made it one of my favourites. While indeed lacking in plot, this series is definitely one I would archive and show my next generation whenever they come around.

I watched it recently but i don’t get it, what love triangle? the protagonist was struggling throughout the show to deal with the fact that his robot acts like a human. He was more afraid of her than anything else, although it is possible that love can develop in the future. he didn’t show any romantic interest in the cafe owner either. The show focused more on the platonic love between the robots and their owners rather than a typical anime love triangle, which is what makes it special in the first place.

Yeah, there was no love triangle at all. Or even any romantic overtones. Rikuo and Nagi weren’t at all interested in each other. As for Sammy, Rikuo just wasn’t used to her acting like a human. The awkwardness was from Rikuo struggling to see Sammy as human-like, not as a romantic interest.