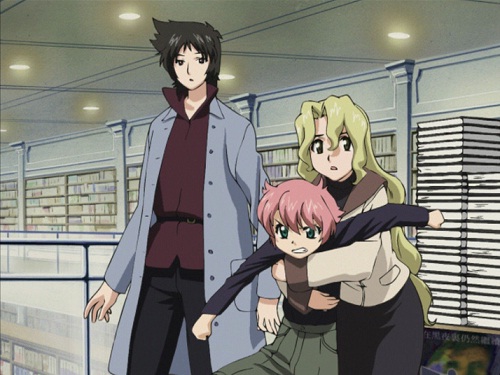 So what does $160 get you? A letter boxed, nice looking upscale (see caveat below), and a snazzy guide book. It won’t blow you away, but short of a true remaster this is as good as R.O.D. will get. In terms of raw numbers, the video maintains about a 30-32 Mbps rate (compared to about 2.5 – 7 Mbps on the DVD). The picture looks nice, but you can still see some jagged lines, especially up close. The audio, on the other hand, was a let down. The Blu-Ray lacked the 5.1 tracks from the DVD and instead included 2.0 mixes. Aniplex did seem to get its act together with the guide book. It looks dainty, but packs in 47 pages of information about the show and pictures. 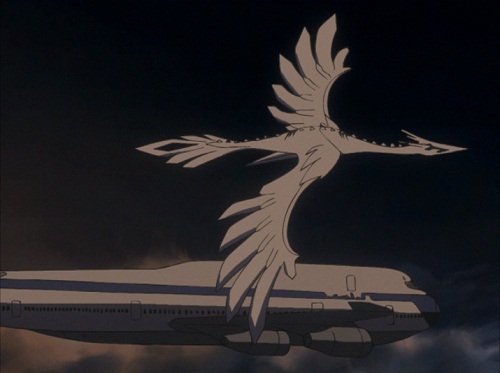 As if one book wasn’t enough, UDON Entertainment recently released the “R.O.D. Official Archive“. One part episode guide, one park art book, at $20 on amazon.com the archive is a worthy purchase for an R.O.D. fan. It’s packed with sketches, screenshots from the OVA and the TV series, and behind the scenes information. Some of this material repeats what’s in the book that accompanies the Blu-Ray, but at least the pictures are larger. My favorite feature in the archive was the seven page interview with a number of key players including the manga’s creator (X Hideyuki Kurata) and the show’s director (Koji Masunari).

So is this the end for R.O.D.? Not exactly. The Blu-Ray may sell out, but the series is available streaming in Japanese with English subtitles. Plus, MVM has a UK DVD set of the show. And even if those go away, Kurata himself seems unconcerned. He remarks on the last page of the Blu-Ray booklet “See you again in the next-generation media box!”

One reply on “Read or Die: One Last Hurrah”

This is hilarious. Read or Die indeed.