Hyouge Mono, who would’ve known? Koichi Mashimo is regarded about as highly for his directing prowess as Bee Train are for their animation. Which is to say, not very highly at all, so I can’t really blame you for glazing over a late-to-the-party series like this, but as any right thinking English gentlemen will tell you, tea is what our great British Empire was built upon and, well, most of what I knew about Hyouge Mono before it aired was that it somehow involved tea. Colour me curious, then, and lo and behold, word begins to trickle down that Hyouge Mono might actually be worth watching after all.
Firstly what’s important to note is that this is a series produced and broadcast by Japan’s BBC-equivalent NHK, bringing with it a higher profile than Bee Train’s typical fare and, therefore, probably more money for animation. It shows, as this is easily the best animated series I’ve seen from them.
END_OF_DOCUMENT_TOKEN_TO_BE_REPLACED 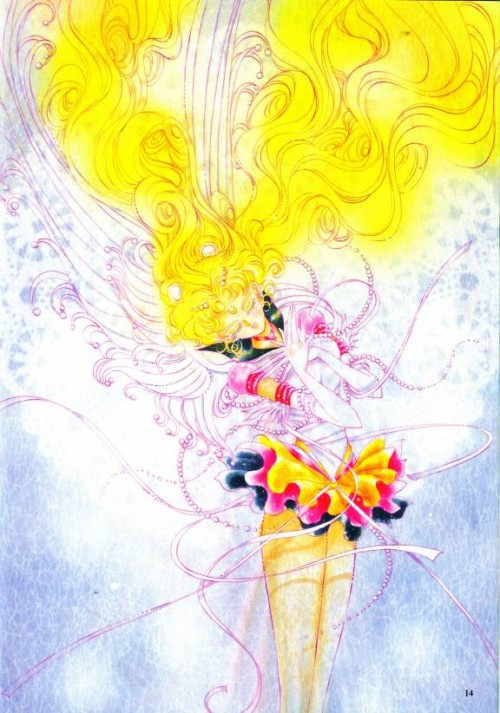 If you haven’t done yourself the favour of reading the original Sailor Moon manga, I suggest you drop whatever stigmas or preconceptions you have of the series and find yourself a copy. Naturally, it suffers from the cliches it helped to establish: baddies-of-the-moment, elaborately named attacks, and a penchant for all the bad parts of 80s women’s fashion. Coupled with the toxic sweetness of Mamoru and Usagi’s relationship, if you go in expecting anything less than the crown jewel of the magical girl genre, you’ll be going in horrendously underprepared. That said, the manga has its merits, and Sailor Moon is definitely one of those “read the manga, skip the anime” type affairs. Any fan of really, really well-drawn and well-paced manga should read Sailor Moon.
END_OF_DOCUMENT_TOKEN_TO_BE_REPLACED