3,112 words later, I’m finally finished with my Spring anime season reviews, and what a promising season it’s turned out to be! I ended up reviewing 9 anime over the last few weeks, and I couldn’t say any of them were even average, let alone bad.

Given the state of the things in the world right now, with so many of us living in isolation, we need anime now more than ever, and it’s delivering guys.

We all need escapism, to let ourselves go wander in other worlds. Like dreams, anime can help us process reality in abstract ways, to make sense of how we’re feeling at a deeper level than simply watching the news all day and feeling like the world’s collapsing around us. Read, watch, play: give yourself a break, and take care!

END_OF_DOCUMENT_TOKEN_TO_BE_REPLACED

Over the last four or five months, I’ve written half a dozen new articles for this blog that haven’t made it through to being published. I don’t know why I’m now dithering so much, but as its now been two months since I last published anything new, I just wanted to say that I’m still here and won’t be giving up any time soon. Just to emphasise that fact, in December I renewed this website’s address for another two years, so you’ll be stuck with us until late 2015, at the very least!
When I started anime blogging in 2006 (ignoring some obscure attempts in 2005) it was such a new and shiny mode of communication and felt like being on the crest of a wave of something special. And it was, just look at Anime News Network today in comparison to 2005. Blogging has completely changed the world of publishing, for better and for worse, but if 2006 was the Spring of anime blogging, what we’re in now is the Autumn.

END_OF_DOCUMENT_TOKEN_TO_BE_REPLACED

One thing I’ve always been curious about is how many of you guys read this blog without knowing that there’s been a new post? Perhaps you visit us through a bookmark? I’ve made it so that this post won’t be included in our RSS feed, therefore it can only be read by those of you that visit in this way.
These days, I almost exclusively read websites through Google Reader and that tends to influence my approach to this blog, too. It’s all geared towards emphasising the newest posts rather than generating a more complete “website experience,” (God, that sounds awfully business-speak,) but I’d really love to hear from you, our loyal visitors!
How long have you been reading our blog? Is there anything you’d like us to do differently? Would you like us to update more frequently? Focus on new or old anime? More live-action reviews?
I’m sure that there’s so much more I could do to make this a better website, so please don’t be afraid to be critical. Just hearing from you, even if it’s only to say “Hi!,” would be great.
And as ever, thanks for reading! 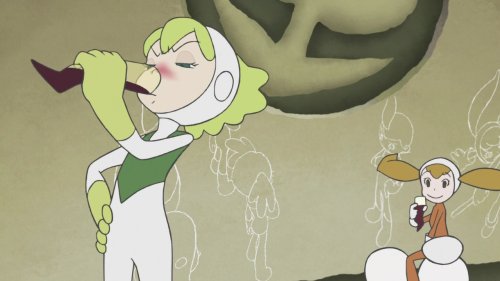 When I browse through this blog’s archives, I see that my first post was on the 4th of March, 2006, and, since then, I’ve published 304 more. Every post has been composed in my voice, from my perspective; there’s a consistency of opinion at work here that can only be attained over time, but, also, a sense of predictability, too. Sometimes I find myself going over old ground, saying the same things time and again.
I really appreciate my readers, every single one of you, and I hate the idea of this blog becoming boring.
This was all going through my head when I quietly published my ‘Help wanted!’ page a little over 1 week ago. In the four years since this blog began, I hope I’ve established a certain way of looking at anime and if there are just a few others out there like me; people who, perhaps, have been reading this blog for a while and share a similar philosophy towards anime, then I think there’s a chance here for us to create something special.
Hence, the ‘Help wanted!’ page, and, furthermore, I should introduce my first ever co-blogger, Celeste! She’s been a regular commenter here for a while now and, in that time, has shown herself to be a thoroughly eloquent and thoughtful anime fan, one that I’m delighted to have join me. Barring any last minute hitches, her first post should be published at some point on Tuesday and I really hope that you are able to receive her writing with as much enthusiasm as you so often do mine.
(There’s still space open for perhaps one other writer to join us here at this blog, so, please do drop me an e-mail if you’re interested in giving it a shot.) 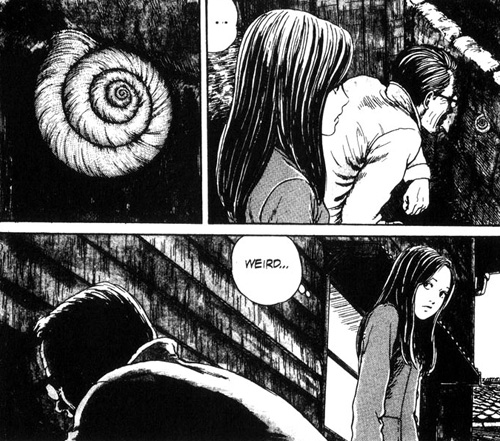 I’m feelin’ kinda lost right now. Writers block, you might call it. Much as I want to say something exciting, profound or interesting, I’m basically runnin’ on empty, still searching for a tiny shred of inspiration. All through this week, I’ve intended to write something; anything. I want to be a more regular blogger, but I’ve never been able to stick to a schedule. The truth is that I’m not like the others, I can’t write all the time. You know, this anime blogging lark, it’s a good laugh, but its hard work too, like a responsibility burning a hole in my pocket. That’s not to say I hate doing this, on the contrary, I love it, but even still, I’d be lyin’ if I said I’d never considered jacking it in.
In between in this lull, I’ve found solace in writing news posts for my other website. No-one needs opinions in those, so it’s easy, I’m just documenting short and sweet moments in time, but it’s funny how my energy swings between the two, the swing of the pendulum always favouring one over the other. I suppose right now, I’m just bored of (my) opinions; may be it’s the icy season, or the sudden dawning of a new year, but inside, it’s like I’m struggling to engage my enthusiasm for anime.
This is all just a long winded way of saying “right now, I don’t have much to say”. Of course, I’m having fun watching the likes of Kaiji and Ghost Hound, but to write anymore than that would be a waste of time, and generally, I think it’s pointless talking about anime that’s already being adequately covered elsewhere. This is something that I’ve never really grasped about episodic anime blogs too, because so many of them copy the same formula of mini screen-caps, boring plot synopsis and a couple paragraphs of tacked-on opinion. Inevitably, most of them are saying the same things, all written within hours of each other and titled “Clannad 14” or whatever.
Lemmings? Not really, it’s just the different ways people approach blogging anime (and, I suppose, TV in general). I like recommending anime, telling people when something is worth watching; it’s taken me nearly two years to understand that about myself and this site, but I can only say “this is good” so many times. Much like web forums, episodic blogs are more about in-depth commentary and discussion; simultaneously, they attract hardcore fans, but alienate those like me, people looking for broader and opinionated reviews that draw on more than a measly 20 minutes worth of stilted animation. Episode reviews are great from a fans perspective, but they sure make the anime blogging community insular and inaccessible to outsiders. May be they are better off being discarded as things of the past and placed where they belong, on series-specific forums, instead?
What this comes down to is how we perceive blogging. I’ve always treated it like writing a public diary or journal, if I’m passionate about something, I’ll write about it, if not, I won’t, but I get a different feeling from a lot of episodic anime blogs. Come hell or high water, it’s like they have to write about every episode because their readers demand that ‘service’ in doing so, and don’t forget, you have to post it as fast as possible or you’ll likely lose a dozen of those superficial one-line comments, hence a raft of “Clannad 14” all within hours of each other. Is that even blogging?
All of this, it’s not intended as a jab at anyone; it’s aimed at this community as a whole. If you’re having fun writing your identikit couple of paragraphs every week or two, that’s perfectly cool with me, I just think it’s lazy and decadent and right now, I’m just waiting for all those rip-off spring ’08 previews to roll-around. You know, the ones with the little thumbnails, synopsis, urls etc. They are all the same too, but we’re going around in circles and I’ve been reading the creepy Uzumaki lately.