Teenage girls are a tricky thing to do well in anime. Anime about (and often aimed at) teenage girls is a continually saturated market, making it hard to improve upon. That said, I liked Hanasaku Iroha. In particular, the portrayal of Ohana was intriguing. END_OF_DOCUMENT_TOKEN_TO_BE_REPLACED

Slowly but surely I am getting around to previewing the rest of this season’s shows.  For this post I tried to preview some series that people seemed excited about in the comments to my first winter impressions post.  That entry is available here.

END_OF_DOCUMENT_TOKEN_TO_BE_REPLACED

I’m not an admirer of the moé aesthetic, so my initial response to Sora no Woto was one of indifference; just more moé, I thought; not interested. That’s always my default reaction to a series like this, but the thing is, life’s not that simple.

Genre is a superficial excuse; no single story is the same as another, and despite my misgivings, Sora no Woto was beginning to look more and more interesting with each passing week. Well, inevitably, last night I caved and watched its first three episodes.

END_OF_DOCUMENT_TOKEN_TO_BE_REPLACED 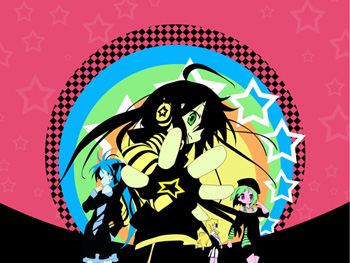 “I don’t want to put people off of watching purely moe anime, but I would be a lot happier if more people started to actually watch some anime as a legitimate form of art and entertainment, rather than just quick fix for entertainment or lust. Basically, just think about what you’re watching and ask yourself, “Am I really enjoying this, or am I just wanting to enjoy this because of my moe preferences?””

The above quote was taken from The Fortune’s “Moe Factor” and though it’s obviously referencing the ever-trendy moe genre, I think most of us are at least a little guilty of allowing our eyes to deceive our minds in creating superficial reasons to justify our tastes in anime. The truth is, as should be blatantly obvious to any of my regular readers, I’m not a moe fan; aside from a general frustration with intensely “cute” characters, I’m disturbed by how the moe aesthetic blatantly panders to its older male otaku fan base. Because of all this, I’ve never bothered to watch the likes of Lucky Star, Kanon or Haruhi; in fact, looking at Wikipedia, I’ve managed to avoid everything produced by Kyoto Animation altogether! These days, I guess that’s pretty rare for a bloggin’ otaku!
I suppose I could just say I’m not into “school life” anime and leave it at that, but then that’s false because I still managed to sit through all 22 episodes of “angst-&-flowers” Red Garden. The funny thing is, and with the benefit of hindsight, this was never a particularly outstanding series anyway, but I managed to stick with it because, first and foremost, the art was deliberately unique in eschewing the cliche anime school-girl style. If it had looked like Haruhi, or My-Hime, I never would have bothered with it in the first place.
And there-in lays the fatal flaw in my logic; if all we ever create are superficial reasons for avoiding anime, sooner or later we’re bound to miss out on something great. I adore both Azumanga Daioh and Fruits Basket, but I didn’t pick them up because I knew I’d love them, rather I was sent the DVDs to review and reluctantly forced myself to give them a fair chance; I’m glad I did! These days I’m in a better position to pick and choose what I want to watch, but that’s as much problem as it is a luxury; I’m getting bored knowing what to expect, and basically, I think I’m about ready to pop the Kyoto Animation-coloured cherry.
A rather deplorable facet of human nature requires that we label everything, and I’m guilty of it as much as the next guy. Just like I’ve been avoiding anime slapped in the moe box, you’ll often see others dismissing Claymore or Death Note because they are from the dreaded Shonen Jump magazine, and therefore, must be exactly like Dragonball Z or Naruto. Maybe you think all anime with bishonen characters is “gay” and that “classic” movies from the 80s are boring and unsophisticated? It’s sad to think that so many of us are missing out on great anime for no reason other than ignorance.

Coyote Ragtime Show is everything I expected it to be. This first episode is generic, “cute” and painfully uninspiring. I’m sick of seeing cute girls dressed up in colourful, frilly dresses jumping around wielding impossible strength. It’s so formulaic, cold and calculated; you can imagine the money men sitting around in their leather boardrooms, smoking cigars and laughing their asses off, after all, their global formula is so simple even an idiot could work it out.
If you enjoyed Gun X Sword, no doubt you’ll enjoy Coyote Ragtime Show. Fans of camp anime like Kiddy Grade, Burst Angel and even Madlax, this show is aimed at you. There is fun to be had, but honestly, I’ve already seen this anime 5 or 6 times and no longer do I have will the will to sit through such emotionally bereft, superficial entertainment. One for the masses, please enjoy your BigMac with extra helpings of killer-maid-lolis. Yawn.