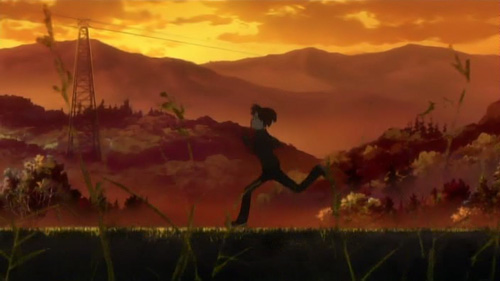 I finished Bokurano this weekend, just as planned. 24 episodes in 5 days isn’t bad at all, as I’ve never been one to enjoy marathoning through anime. After all, I ended up needing nearly 2 whole years to catch up with 300+ episodes of One Piece, so, starting and finishing Bokurano in a matter of days is something of a surprise to me, but also a credit to its quality, in that it managed to keep my interest piqued for hours on end.

As I mentioned last week, I think Bokurano is a fascinating story. 15 children are mysteriously tricked into piloting this giant robot (called ‘Zearth’) to fight off a string of ‘alien invaders’. If they choose not to fight, Earth will be destroyed. If they lose their fight, Earth will be destroyed, and after they win, the pilot selected for that one battle will die. It’s a rigged game with no winners and the children have no hope of escaping this fate, so inevitably, their lives take on a new meaning. Knowing full well their days are numbered, they are forced, perhaps for the first time in their young lives, to find something worth living for, or rather, something worth dying for. 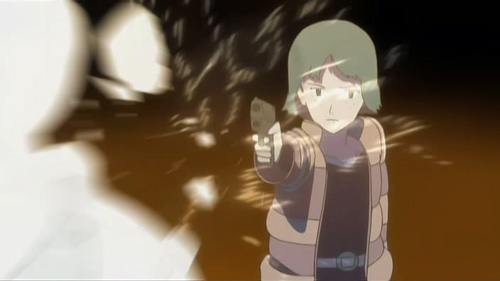 These children are not your cliche anime characters with green hair and big eyes. They are normal, almost dull-looking teenagers. They have parents too. I’ve noticed that, for whatever reason, parents don’t often play a big role in anime. From Code Geass to Macross Frontier, there is always a convenient excuse contrived to explain away why parents are absent. I suppose teenage megalomania wouldn’t be quite as enthralling if our mini-Machiavellis had to be in bed by 10pm because it’s a school night. What I’m trying to say is that, in this way, so much anime is an adolescent fantasy of independence, far removed from reality, but Bokurano is a satire, an unflinching critique of modern life. It doesn’t pull punches. 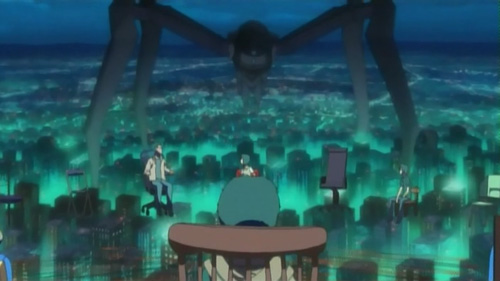 One of the most memorable arcs is that of the unfortunate 7th grade girl, Chizuru Honda. She falls into a love affair with her handsome school teacher, who also happens to be a paedophile. He exploits her naivety and seduces her, sets-up hidden cameras in his apartment and posts pictures of them ‘doing it’ online. All this and he starts dating Chizuru’s older sister too. So, when it’s her turn to pilot Zearth, Chizuru guns straight for her school and the bad teacher, but just as she is about to stomp him into the ground, her sister jumps in. If killing the teacher means killing her sister, Chizuru can’t do it. That, ultimately, is her reason for fighting; when she wins, and therefore dies, it’s all for her family. Moments after her death, it’s revealed that Chizuru was pregnant.

It’s not a story that shies away from controversy or taboo, but not every character arc is as tragic or as dramatic as Chizuru’s was. Some are saccharine to the point of nauseam, others are uneventful, or mundane. Such is life; people have their own ways of finding value and beauty, often in obscurity. As much as Bokurano is rife with social commentary and attacks on commercialism, that these children find real reasons to live, and die, is important. 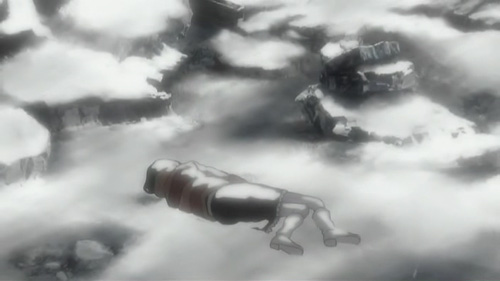 When they are first contracted as Zearth pilots, it’s worked so that their favourite chairs are placed in the cockpit. Each chair is unique to that pilot, built in a way that’s so personal and symbolic of its owner’s personality. Plastic, artificial and rigid, or small, soft and humble. Apparently, you can understand a lot about someone just by examining their favourite chair; it’s a quaint, lovely touch. Likewise, each child faces an alien mecha that’s designed to look more like a moving Rorschach inkblot; a visual interpretation of their innermost fears and anxiety. That, really, should say all that you need to know about Bokurano, it’s the kind of science fiction that works best as symbolism and morality, about trying to find worth in living, and dying, as a completely normal, insecure, fragile, imperfect person.

8 replies on “Bokurano: … I really wish I could've died on the Earth I grew up on.”

This post almost makes me want to re-watch Bokurano and review my thoughts, almost. The show as a whole (excluding the first few episodes and Chizuru’s story) feel too mediocre for me to care. Everything is just so average its hard to find anything that I could grab onto. Thats why I found Chizuru’s arc the best, the floaty and unpredictable animation techniques used for her episodes were outstanding, I think. Even though the artistic consistency took a hit, it was still well done, and I felt for her, can’t say the same thing about the rest of the kids. Gonzo has a tendency to create exciting endings which push a show to an almost acceptable level. Unfortunately when one sits back and tries to think about Bokurano, overall vastly inferior to its source material but barely passable.

Damn it, Paul, I was expecting this to be about the manga, I am extremely dissapointed. =|
Can’t comment on the anime however, I only got several episodes in and dropped it, as it just wasn’t up to scratch compared to the manga.

Man, this makes me want to go back and start watching this again… man, gotta add it to the ‘go back and finish’ list >.<

@Ivy: It had its ups and downs, though I wonder if you’d be feeling the same had you not watched the fansubs as they were being released. It’s very much a series with a “pattern” and each episode weaves another few threads into the overall design. I can understand how you feel, after all, I dropped it first time around too, but there’s something about it that I find quite attractive. When I actually stop to think about Bokurano, I realize how wonderful its premise is, it’s a perfect set-up for thought-provoking drama. I always wonder how I’d react if I found myself in the kind of situation that these kids have thrust upon them. I know what my favorite chair would be, that’s for sure! My computer chair 🙂
@Lupus Inu: I won’t deny that the manga is better, because it is, but the anime has some worth too. Its conclusion, in particular, is well handled and worth seeing. It’s bitter-sweet, and put it this way, it’s about ten times better than Gantz. Also, I’ll be getting back to the manga at some point… Gotta finish Dragon Head first though.
@A Day Without Me: Do it! 🙂

@Berkles: I’ve actually read up to chapter 23 of the Bokurano manga, so definitely know that it’s *that* much more disturbing that the anime. In a way, it’s a shame they had to compromise a lot of Mohiro Kitoh more extreme touches so not to offend a TV audience, I’ve a feeling more people would have watched it if it wasn’t as ‘filtered’. Anyway, I thought it was a shame that they changed Kako’s death too. The fact he dies by Chizuru’s knife in-front of all the other kids was great for showing just how unhinged she was by the end, but in the anime, they had him die by falling down a flight of stairs or something like that.

I’ve read up to 52 of the manga and seen the anime. From that I can say that the anime is not always more kind to the characters than the manga and vice versa. Though the director tried to make it more mild by adding in his own material some of the deaths ended up being more tragic. I will definitely rewatch when I host a marathon for my school’s anime club.

[…] watch this series,  you can find some spoilerific reviews and thoughts about the series here and here. Tags: Bokurano, Ending, […]