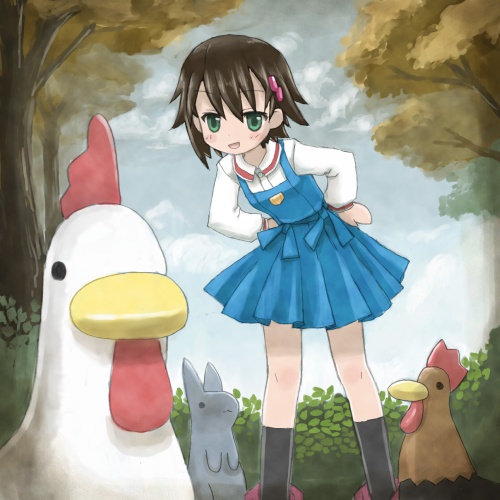 Earlier this year, I made an agreement with Owen of Cruel Angel Theses. I promised I’d try to watch True Tears if he would step-up to one of my recent favorites too; none other than Shigurui. True to form, Owen came through on his side of the agreement almost instantly, and here I am, many months later, still lagging behind. So, it’s now or never, and about time I made good on my promise.
True Tears.
I liked it. A lot.
It’s regrettable that, ostensibly, True Tears doesn’t look particularly special; rather, it has all the hallmarks of just another generic harem anime. In other words, it looks like a formulaic, romantic fantasy where one boy is at the centre of this romantic tug-of-war between a group of doting girls. Of course, I know it picked up a lot of praise from the fan community, but I’m quite sensitive to the ways that many fans seem to confuse quality story-telling with quality fan-service. Was True Tears merely good harem, or good anime full-stop?
True Tears is good anime, and like all good anime, transcends its genre. Not by being flashy, or trying to do anything obviously different, but simply by exploring its cast, each episode digging a little deeper, beneath its familiar surface and into these warm, desperate people. 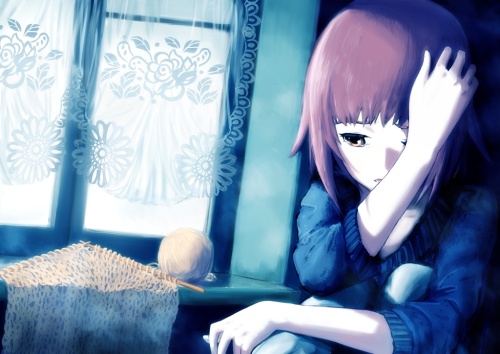 I don’t want to delve too deeply into the plot, but I do want to write something about love-sick Aiko, one of the three girls secretly chasing the affection of tortured artist ShinichirÃ…Â. According to the status quo, Aiko has been a friend of ShinichirÃ…Â for a long time, but she has quietly fallen in-love with him. So much so, she will even hook-up with his best friend; anything to be closer to him, even if that closeness is a lie. Alas, she was always destined to fail.
Because of all that, Aiko was my favorite character. I suppose she always knew her crush would be unrequited, but that she kept on clinging to that tiny shred of hope for so long is such a hopelessly human thing to do. In lesser anime, that rejection would be the last we see of her, as a broken, weeping heart, but as the series moves on, we see her recover some self-confidence.
Her life goes on, and her love that once seemed so vital just fades away. It’s a love story and a study of love itself, the ways that such a feeling can destroy people, suffocate them, and hurt them. These characters are literally battered and bruised by their feelings. You can almost hear the echoes of Joy Division.
“When love, love will tear us apart again.”
Thinking back to a dramatic crescendo or two, True Tears does often twist like a slightly cliche, soapy love story, but this existential willingness to look beyond superficial emotion, to find a sad, warm reason behind all the pain, lies and deceit of normal people, rapidly elevates its sense of poignancy and importance. This is a thoughtful, serious and compelling drama, and much better than expected.