Whitebeard was always a big, strong guy, then he ate the Earthquake fruit and became feared the world over. He could’ve turned the planet upside-down, but didn’t. He was a cool guy, and watching him lead his men in such an era-shifting arc of One Piece was brilliant. 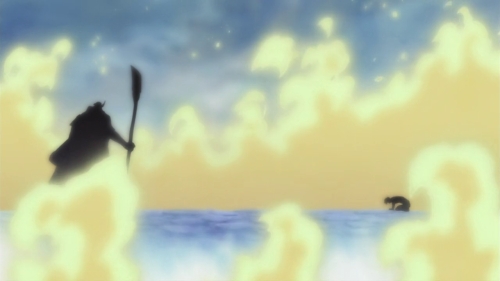 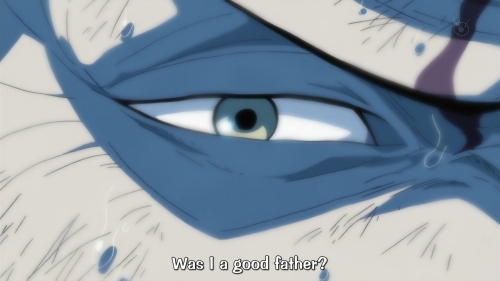 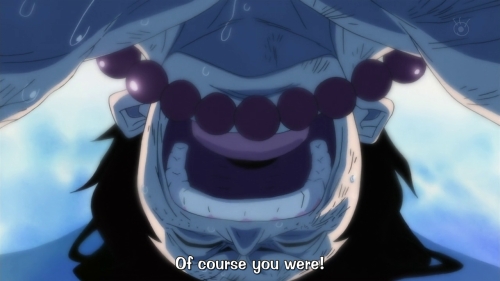 He went to save Ace knowing the odds, knowing that he was going to die; the strongest pirate in the world, went to save his son. Ace wasn’t his biological child, but to Whitebeard, his crew were everything. 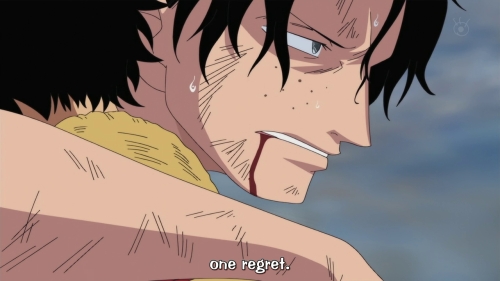 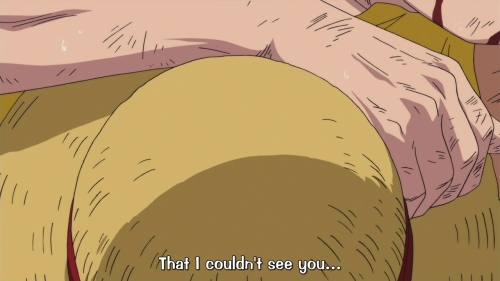 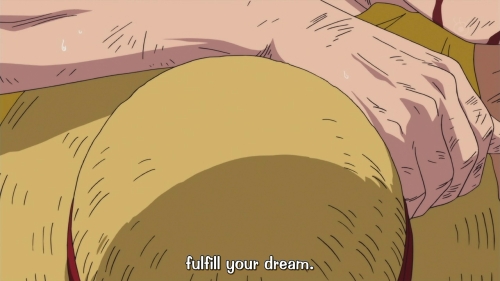 Ace wasn’t Luffy’s biological brother, either. They grew up together, though.
Luffy’s famous straw-hat symbolises all his potential, his future, his dream. It’s all there in the straw hat, resting there beneath Ace’s tired hug. Such a bitter-sweet moment. 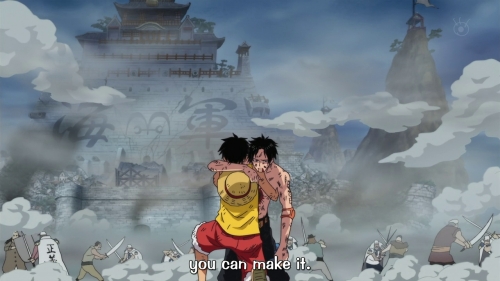 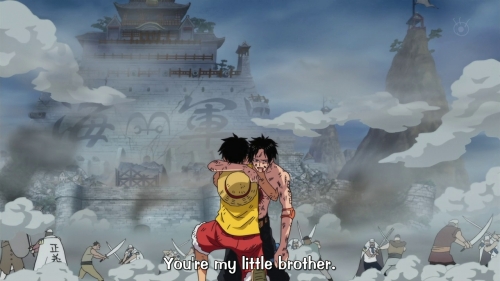 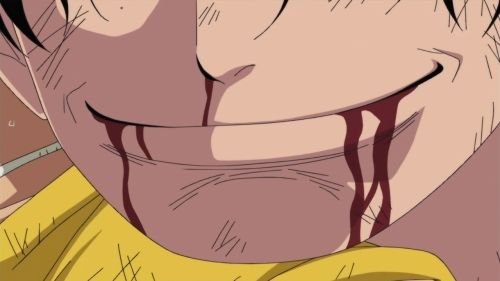 Bitter because Ace is going to miss it all from now on, is going to miss Luffy’s rise, but sweet because he was able to die in his brother’s arms. Proud, content. He dies with a smile, his last words, “Thank you for loving me!” 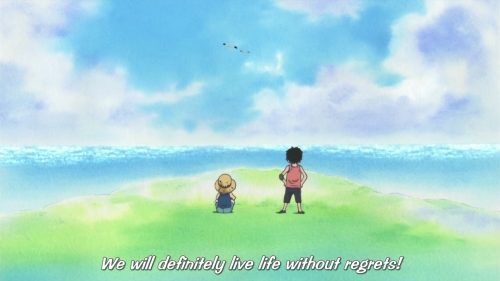 Well, I love One Piece. Love, it. When the stakes are high, it never ceases to carry such an emotional punch. It’s now approaching 500 episodes for me and I don’t regret it for a moment. It merits all that time, has that power over me; sadness, warmth, truth, humour; green hills, snowy mountains and rolling blue seas. These are the rare things it offers, a mad, beautiful adventure.

5 replies on “A family in One Piece”

I love it too

Wow this is awesome. I completly absolutly agree 100% !! Its the best anime ever made!!! >< i get all hyped up and happy when i watch the eps and i cried when ace died which is saying something since i definatly never cry about any show!!! Thnx for sharing!! XD

Yes, this is one of the reasons I appreciate One Piece as well. It is all about family and making family even if one does not have a worthwhile blood family; in One Piece, the saying blood is thicker than water could be turned completely around and still make sense. I also love how as the odds keep expounding against the crew and their fights get harder and harder, they always manage to overcome the odds. I do wish there are more fights where the crew tackle things together during the middle of arcs, but they tend to break up into two-man teams or even fight separately a lot of the time. I can see why since it is a big cast of characters, though.

This is so true. The family bond in one piece is deeper from the usual bloodline family we see in most animes. I immediately noticed it during Arlong Arc with Bellemeri, the first arc that made me cry. And it was intensified more with Sabo’s story with the Nobles family. Here, even if you are not blood related you can be family as long as you know the meaning of it and act accordingly. — You cannot simply call yourselves a family just because your born with the same blood. — there’s that special ingredient! That’s what One piece wants to show the world.–LOVE!
“If blood is thicker than water, In One piece.. LOVE is thicker than blood”
I miss Ace–your post is awesome!

I don’t know why Oda had to put up this Ace’s part. Sucks. Seems like Itachi in Naruto