Earlier this week, Netflix announced that it will begin streaming Neon Genesis Evangelion in April 2019. The 1995 Evangelion TV series is not only one of the most popular anime ever made, it’s also one of the rarest to own on US/UK home video. Since 2005, for various reasons, it has seen neither a home video release nor a legal internet stream, meaning a whole generation of Western anime fans have grown up without (easily) being able to own a copy of the infamous mecha anime.

A change in the anime fan’s mindset 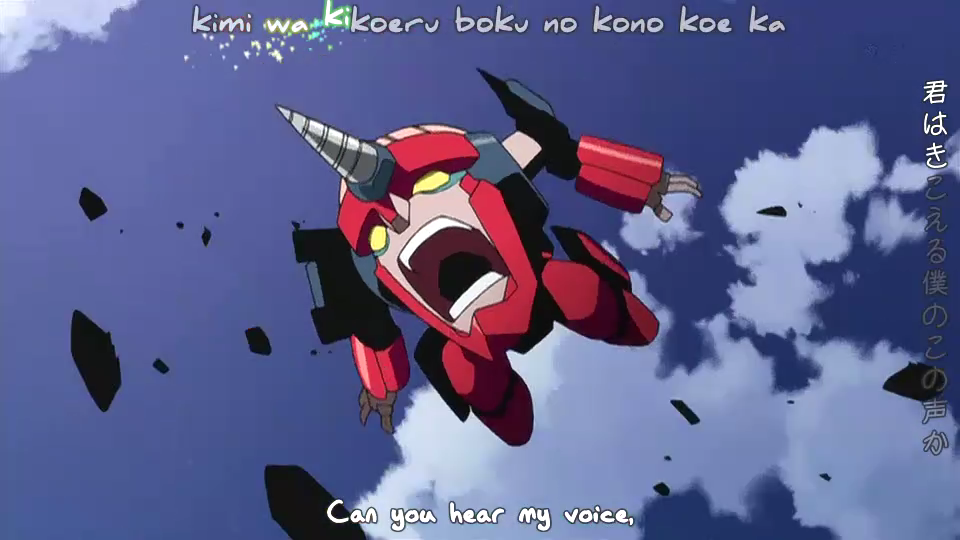 10 years ago, anime fans were experts when it came to sourcing their favourite series. Part of the essential toolkit of being an anime fan included a torrent client, a video player and a codec pack to render the latest episodes. Every week, we waited patiently for our lords and saviours, the fansub groups, to release new anime to us, their devoted masses.

Looking back, it seems ridiculous to me that I ever had to worry about video codecs, but this was the barrier of entry to being an anime fan. Neither finding nor playing the latest anime could be taken for granted.

Everything is different now.

Easier to pay than to pirate

To be an anime fan today, all you need is a subscription to one of Crunchyroll, HIDIVE, Amazon Prime Video or, of course, Netflix. To watch most anime, I just need pick-up my TV remote and press play. Netflix is a particularly popular choice because, content-wise, it has such a broad appeal that whole families share a subscription.

Us anime fans, we used to do things differently. We’d download individual episodes onto our terabyte-sized hard-drives (or, if you were that hardcore, RAID) and maybe burn them onto DVD when you ran out of disk space.

We hoarded anime because it felt like a precious commodity, something that we’d worked hard to find and couldn’t bare to lose.

A few years ago, I binned it all.

Pirating anime was never about getting something for free, I just liked watching new anime. For a long time, there were no legal alternatives to fansubs, other than to wait literal years for a physical release. Some did wait, but most didn’t.

Anime fans were at least a decade ahead of the industry, but the industry slowly caught up to where we are today.

Anime can still fade into obscurity 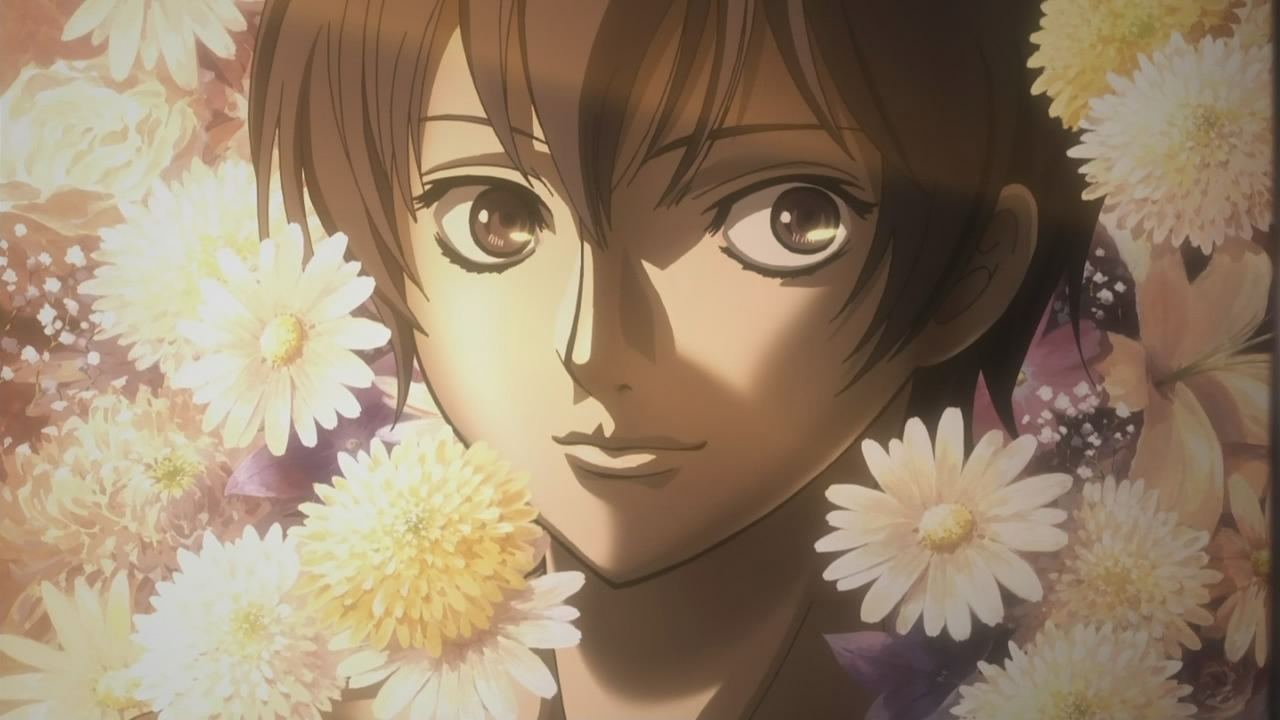 Who remembers Mōryō no Hako? It was a really promising and weird horror anime from 2008 that I never finished because it took whole years to fansub, nor has it ever seen an official English language translation.

Like many anime before it, Mōryō no Hako fell through the cracks. It’s a good example where the amateur translation community fell flat, but in today’s professional environment, it would have been simulcast with everything else.

Meanwhile, in September, MyAnimeList removed the fansub listings and group reviews from its anime pages in an effort to “support the anime and manga industry”. I doubt we’re losing anything by not knowing who’s ripping Devilman Crybaby, but it’s also a lot harder to track who worked tirelessly to translate Blue Comet SPT Layzner and Panzer World Galient. These types of anime feel harder to discover now than ever, and as we become further entrenched in our streaming platforms of choice, I sense that we’ve become lazier by the day too; many people are now unwilling to look beyond the surface layer of streaming anime. The old ways are disintegrating.

All of this is me trying to understand the sheer noise generated by Netflix licensing Evangelion, as if Evangelion couldn’t be seen until Netflix saved it. Good or bad, it’s just indicative of the way we are as anime fans now: if it’s not streaming, it may as well not exist.

I think this is a pretty fair assessment of the situation. It’s especially painful how shows that are not simulcast for whatever reason, are not hyped franchises or don’t have hyped staff behind them, fall through the cracks – regardless of season. Perfectly good shows like Double Decker or Rokuhoudou Yotsuiro Biyori flew under people’s radar even in their own seasons, with lots of people not even being aware of their existence. And I can’t even start making sense of Netflix’s business strategy of licensing (or even directly developing) shows and then just not promoting them whatsoever. Not that most of them are particularly good, Devilman Crybaby being the single exception from the ones I’ve seen, but surely Netflix wants people to watch them… no? and yet you have shows like Sirius the Jaeger or Piano no mori that will linger forever buried in Netflix’s catalogue.

(By the way, do finish Mouryou no hako. It’s a beautiful show and worth watching, definitely. Even if, sadly, the fansubs are a bit iffy.)

“To be an anime fan today, all you need is a subscription to one of Crunchyroll, HIDIVE, Amazon Prime Video or, of course, Netflix.”

And, most importantly, to live in the US or, at the very least, the UK but even that is already iffy. Once you’re outside your legal options start becoming limited, from “slightly” to “pretty badly” to “lol, what legal options”. Even if any of the above are available in your country (and it’s different from country to country, even inside the EU) chances are their catalogue is only a fraction of what is available in the US. HIDIVE, Hulu are not available in my country; Netflix and Crunchyroll are, but not with their full catalogue. Amazon Video started last year but frankly by that point I didn’t even try subscribing (by all accounts I was right). And it’s not just anime – living where I live, in one of the less happy parts of the EU, there are very severe limitations on non-locally-distributed digital content that I can buy, down to things like ebooks.

Whoever wrote this article is in the US, you can tell. Even still, plenty of anime still fall through the cracks, as not every title is picked up, as not all streaming services promote their wares (or even simulcast them?) etc etc.

(I’m in the UK. Our industry essentially lives off of the US’ licenses and dubs, and we don’t get absolutely all of them either.)

“And, most importantly, to live in the US or, at the very least, the UK but even that is already iffy.”

Most of us have watched English fansubs even though English is not our native language because there where none in our own (or they where translations of the English subs, not of the Japanese original). The disintegration of the fansubbing culture does have differentiated impacts.

Thank you both for your insights, which are from a different perspective to mine. It totally makes sense that the non-English (European) fansub culture is linked to the English, and now that the latter is slowly disintegrating, it causes waves in the other.

Truly, the ‘geo-block’ is one of the worst, most anti-Internet inventions. It reeks of an out-dated generation clinging to their old ways, trying to gouge money on the internet where location should mean nothing. Over time, I really think that the ‘geo-block’ will erode, but as barak has pointed out above, we have some time to wait yet.

Though I’ve died out of watching anime as vigorously in favor of film in recent years (though I have a heavy leaning toward Japanese movies still), I’m so glad to have made a slew of purchases of anime DVDs when I was a teen. Of course now, many have been upgraded to Blu-Ray so the discs are fairly obsolete, it’s still nice to have a ton of shows in physical form that either aren’t available streaming or only available in formats I don’t want. For example, I could easily put on Rahxephon through Amazon Prime, but they only have the dub available streaming which can be pretty hard to stomach depending on the series.

What I think is more surreal to me is that a lot of those series from my upbringing whose popularity I thought would be immutable have sort of fallen to the wayside in the general community (as with Rahxephon or Haibane Renmei) which I guess is something you can’t predict or don’t want to see as a possibility as an ardent fan. It’s different than with film, I’m discovering. While perhaps fans of arthouse film may be more arcane in their tastes, there’s much more effort to restore very recherche pieces of cinema than in anime (Criterion Collection, Kino, and Arrow do amazing work with obscure titles). Anime series that fall maybe more into arthouse realms I guess just don’t really have the sustained audience to receive similar service, which is a crying shame. To me part of being in a niche audience means having a willingness to appreciate things from the past, but I don’t see that as much in newer anime fans aside from hits like Evangelion (but maybe that’s just old man speak).

Even with something like film where preservation seems very key to certain audiences it’s still amazes me how helpless the general audience is to obtain media. I’m a remnant of the past when it comes to purchasing physical media, but whenever I recommend great movies to friends it’s as though if it’s not available to stream for free then there’s no other avenue to pursue viewing it. I don’t particularly like downloading things illegally and I’d prefer to use streaming methods when they’re possible, but I’d much rather have a saved file of something I torrented than rely on a streaming service that could remove it from their roster or go out of business altogether (as with the loss of FilmStruck).

It frightens me that in an era of what could be infinite availability the tastes of the masses dictate what content is worthy of continuing. As torrenting older anime has become more and more difficult and the prospect of some being released or rereleased in a physical form is uncertain I’m at least glad to still have my discs and my hard drive. If on a whim I want to pick up Rahxephon or Infinite Ryvius or Fantastic Children or any other series where access may be limited all I need to do is take the extra effort of plopping a disc in the player, which is fine by me.

Lots to ponder here, hayama. RahXephon is a great example of an anime series that seems to have almost disappeared. Right about when I was really getting into anime, it was one of the biggest series, touted by many as the “better” Evangelion. Is it streaming anywhere? Not to my knowledge, which means we’re relying on physical media or (illegal) downloads.

With you being a collector, you get to laugh last, because if it isn’t already, RahXephon will almost certainly fall out of print. And then, who remembers it? Slowly but surely, it’s forgotten.