Watching Dororo has helped me realise that Kazuhiro Furuhashi is one of my favourite anime directors. He is the man responsible for directing the breathtaking Rurouni Kenshin: Trust & Betrayal (Rurouni Kenshin: Tsuioku-hen) which is a marked departure from Kenshin’s much lighter TV series and tonally has much more in common with Dororo. In short, both anime are grim as heck.

It’s hard to deny that life in Dororo is miserable. In episode 9, I watched a women die of starvation. It’s that type of anime. I hate to reference a term as loaded as “grimdark”, but suffice to say, it’s not series that sugarcoats anything. 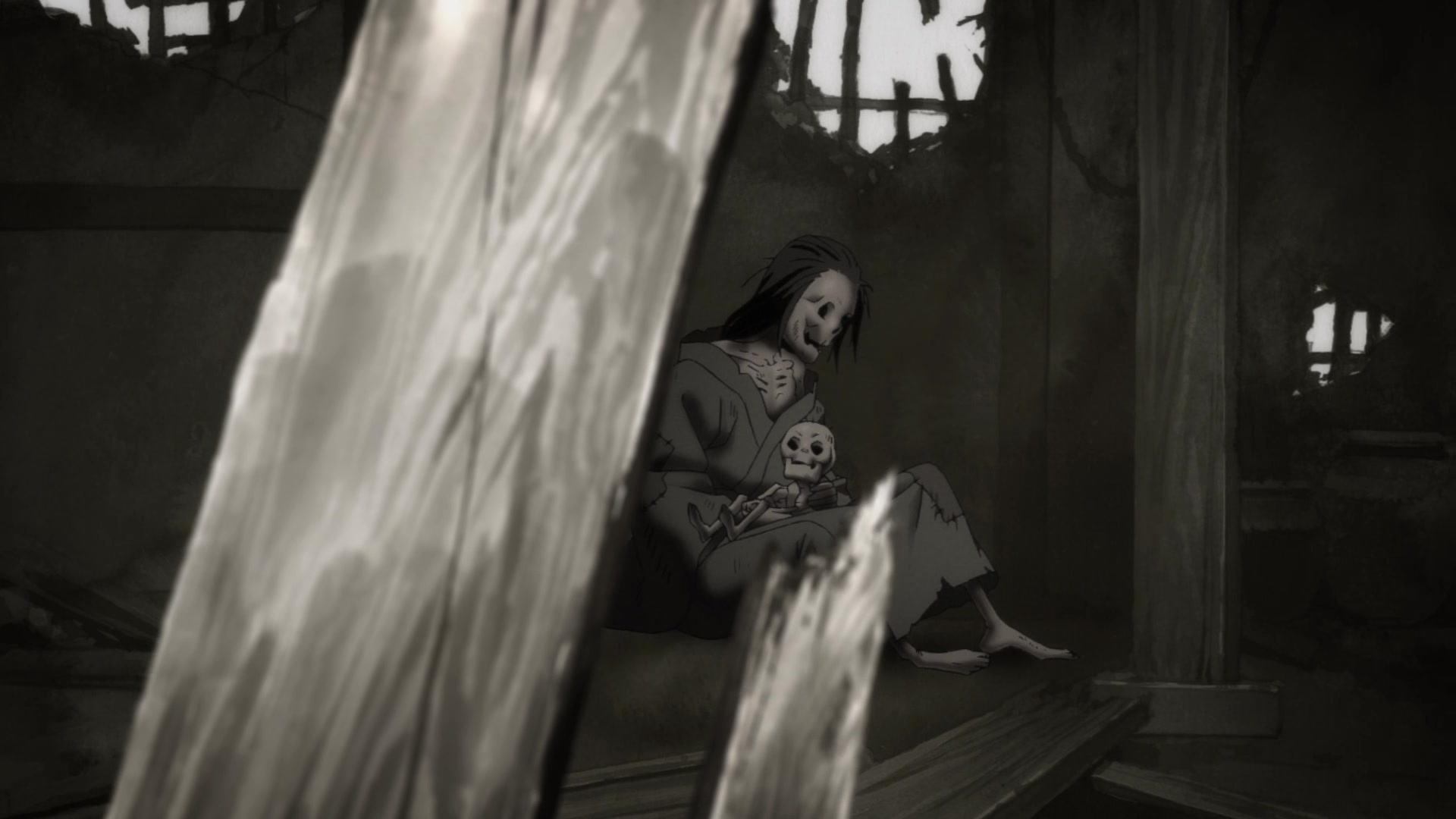 Japan’s Sengoku period seems like it was a miserable time to live, especially for the poor. The samurai aren’t so much the romantic heroes of yore as ravening packs of arrogant men out to maim or kill as if to allay their boredom. 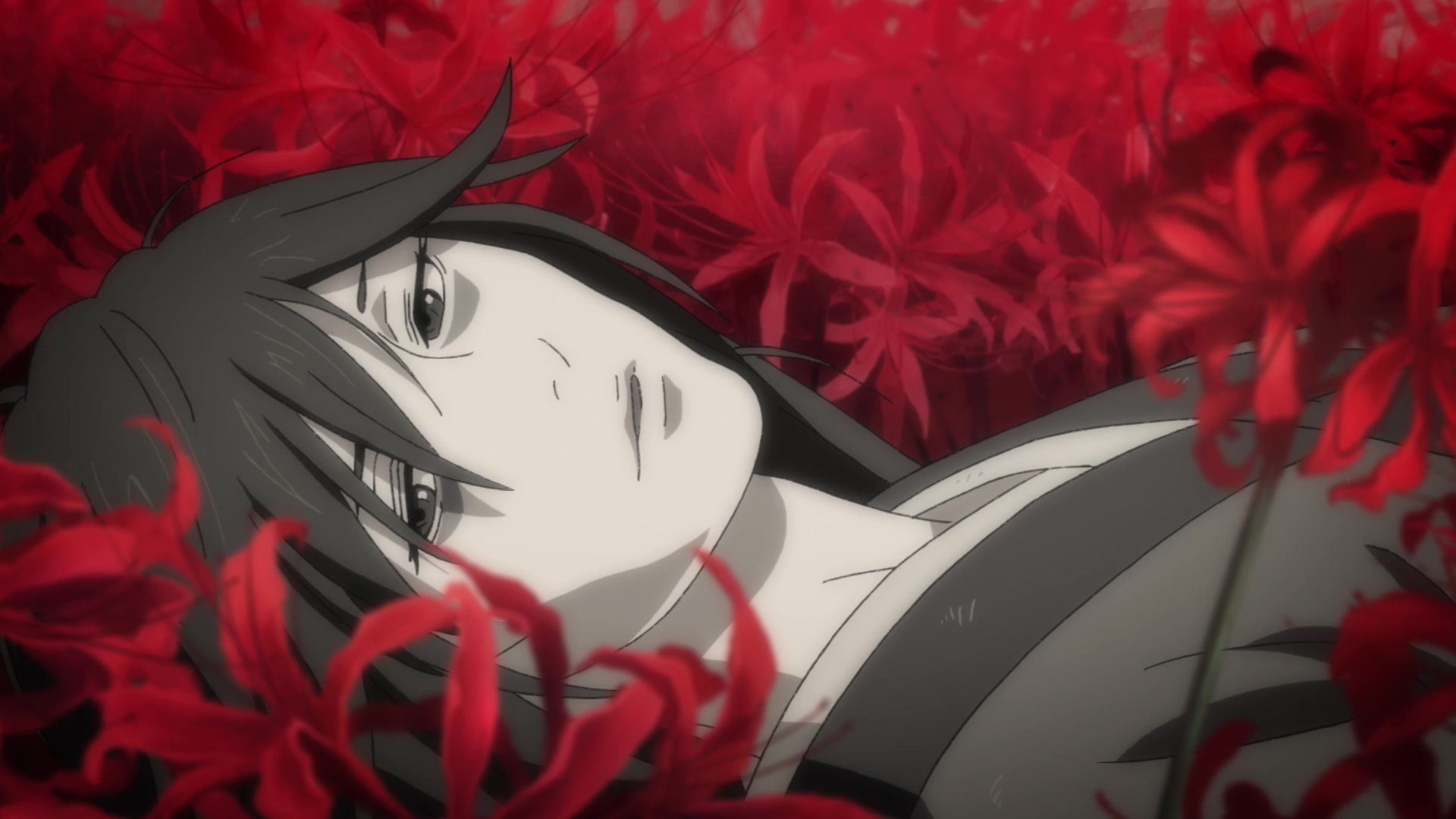 There is beauty in Dororo too, but even that has a melancholy feeling. Dororo’s mother dies in a field of beautiful, deep red flowers. Red for all of the blood that’s soaked into the ground. Dororo cannot look at them without remembering her.

Trust & Betrayal is the story of Kenshin’s enigmatic cross-shaped scar, the mark left by two star-crossed lovers: one line for each of their lives. Just like in Dororo, Kenshin’s life is torn asunder by larger societal shifts, in this case, the end of the Edo period. He fights for what he sees as the underprivileged, but he’s still killing people at the behest of others. 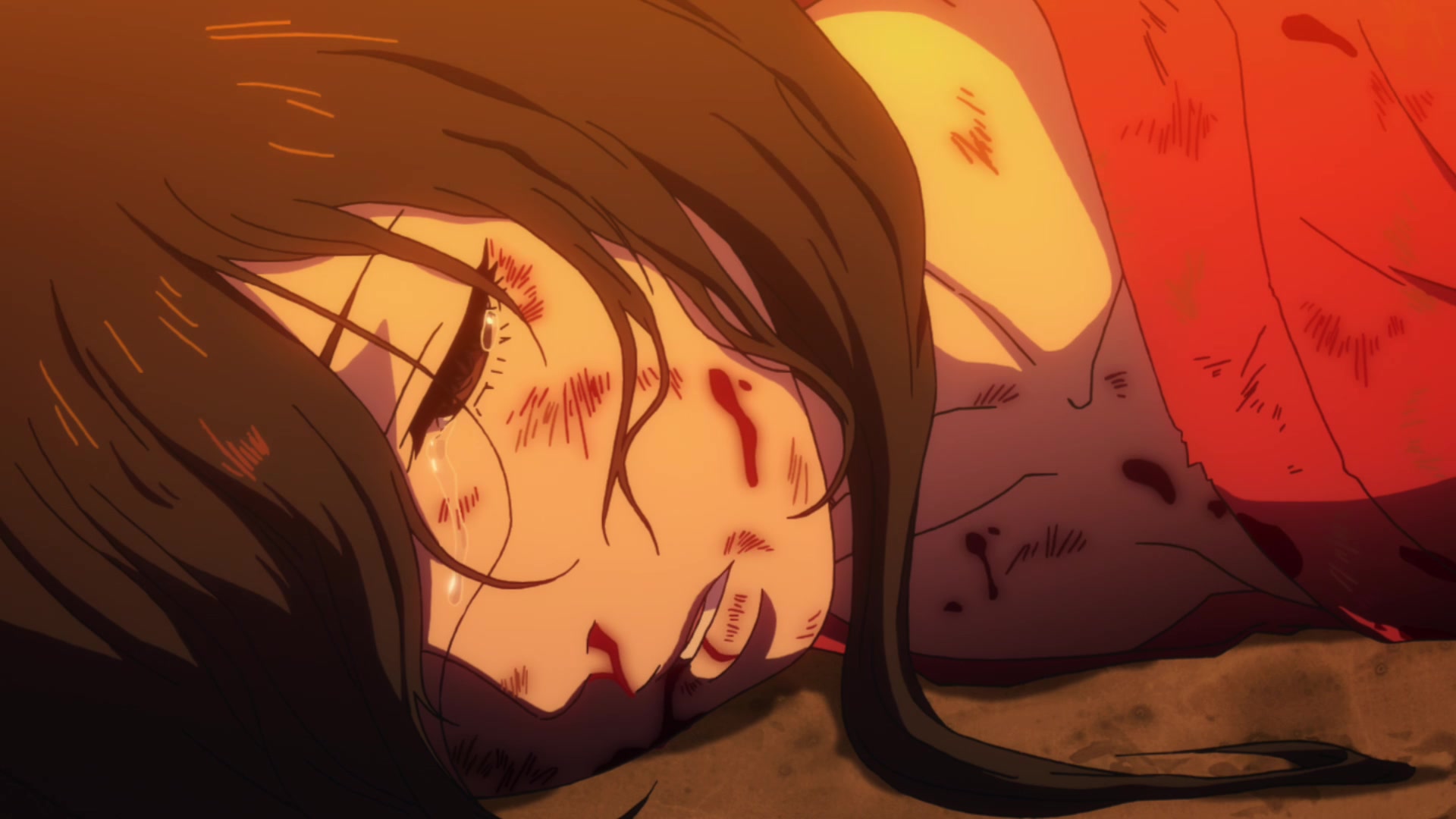 Both of these anime are about individuals trying to survive in a country that’s riven by conflict, their destinies irrevocably changed by events outside of their control. In another time, Kenshin and Hyakkimaru could be happy, but that is not their fate. Neither anime paint a romantic picture of Japan’s past, quite the opposite in fact, they depict a terrifying country to live in. People scream in pain and run for their lives as they are cut down by blades and left for carrion by the sides of the road. 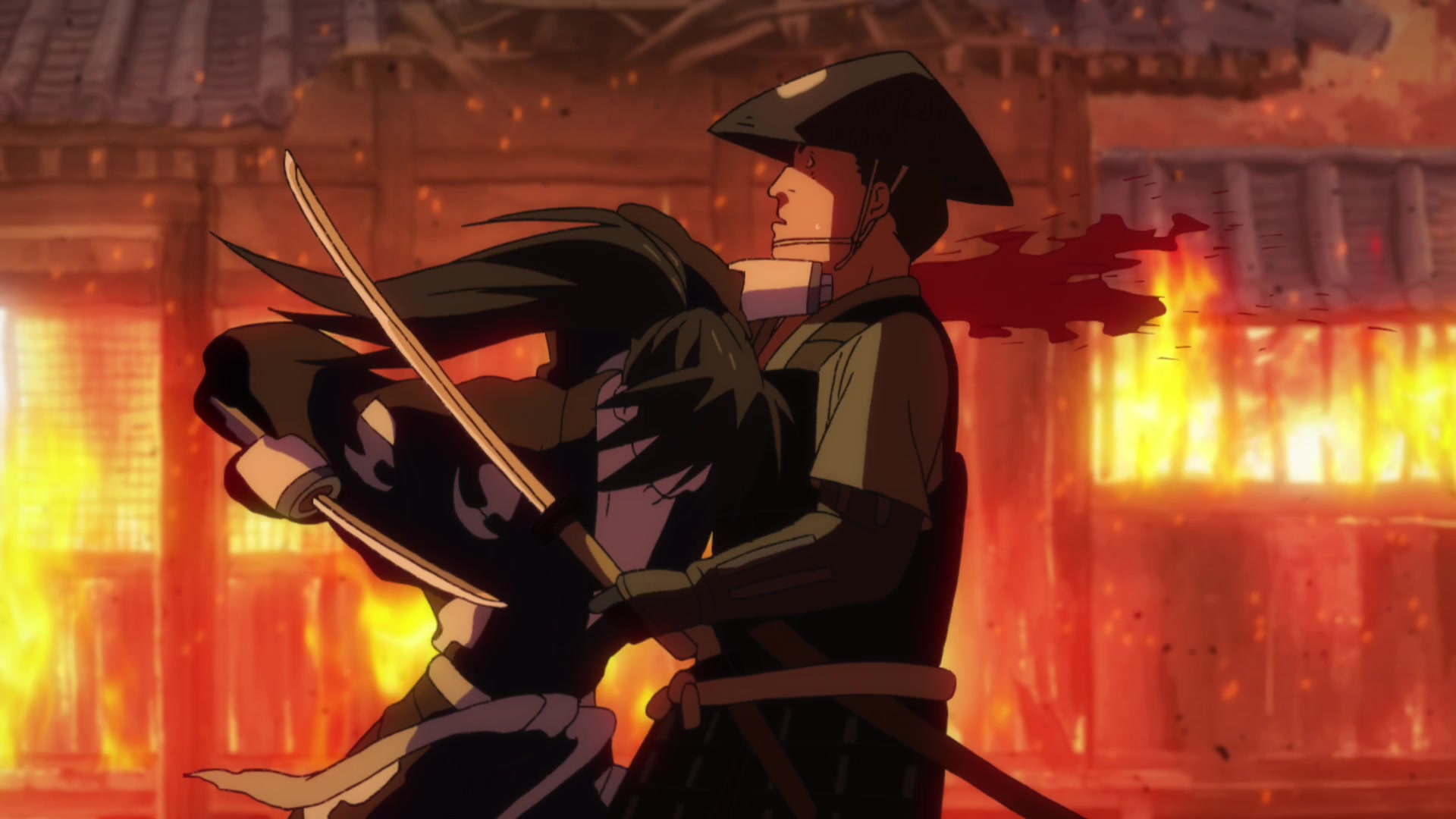 There is a stunning physicality to the action scenes: grounded in realism, swords cut through flesh and bone, and fights are decided in a matter of seconds. In every moment, lives are on the line. 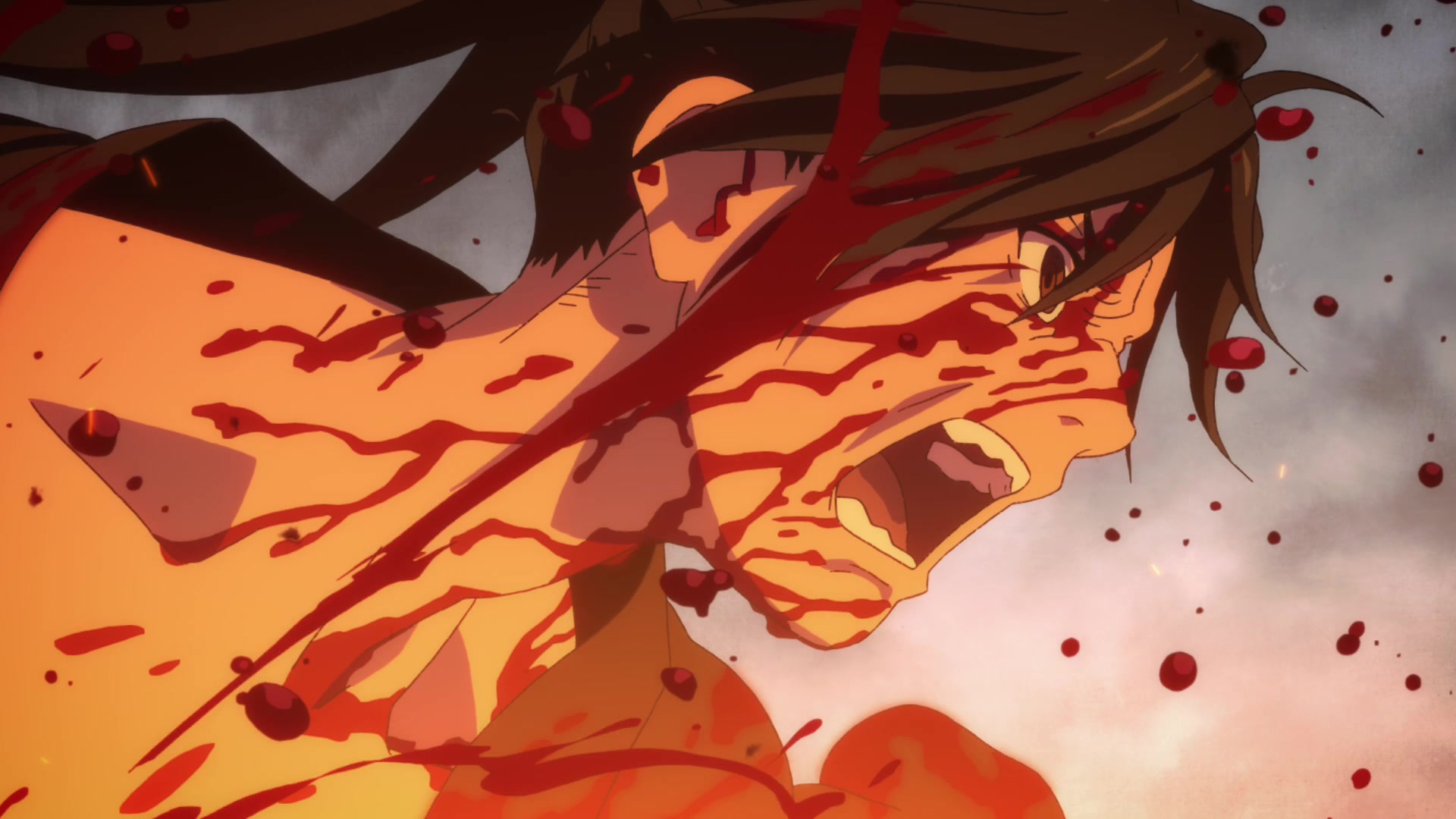 Indeed, these anime are grim, but that’s not to say hopeless. We are all subject to the broad political currents of our times, but that does not mean that we, as individuals, have no control. A key theme that links both Dororo and Trust & Betrayal is that push and pull between the individual and the country, morality and progress.

It’s very literal in Hyakkimaru’s case, because for every part of his body that he regains, his country is plunged ever deeper into strife: his very existence is antithetical to his country’s health, but surely he deserves a fair chance at life? For Kenshin, that he’s only murdering people for the greater good is muddled by the collateral damage that’s left in his wake. Some of the people that he kills were just trying to carve out a normal life, and who is he to take that away from them? Even if it’s for what he sees as the greater good? 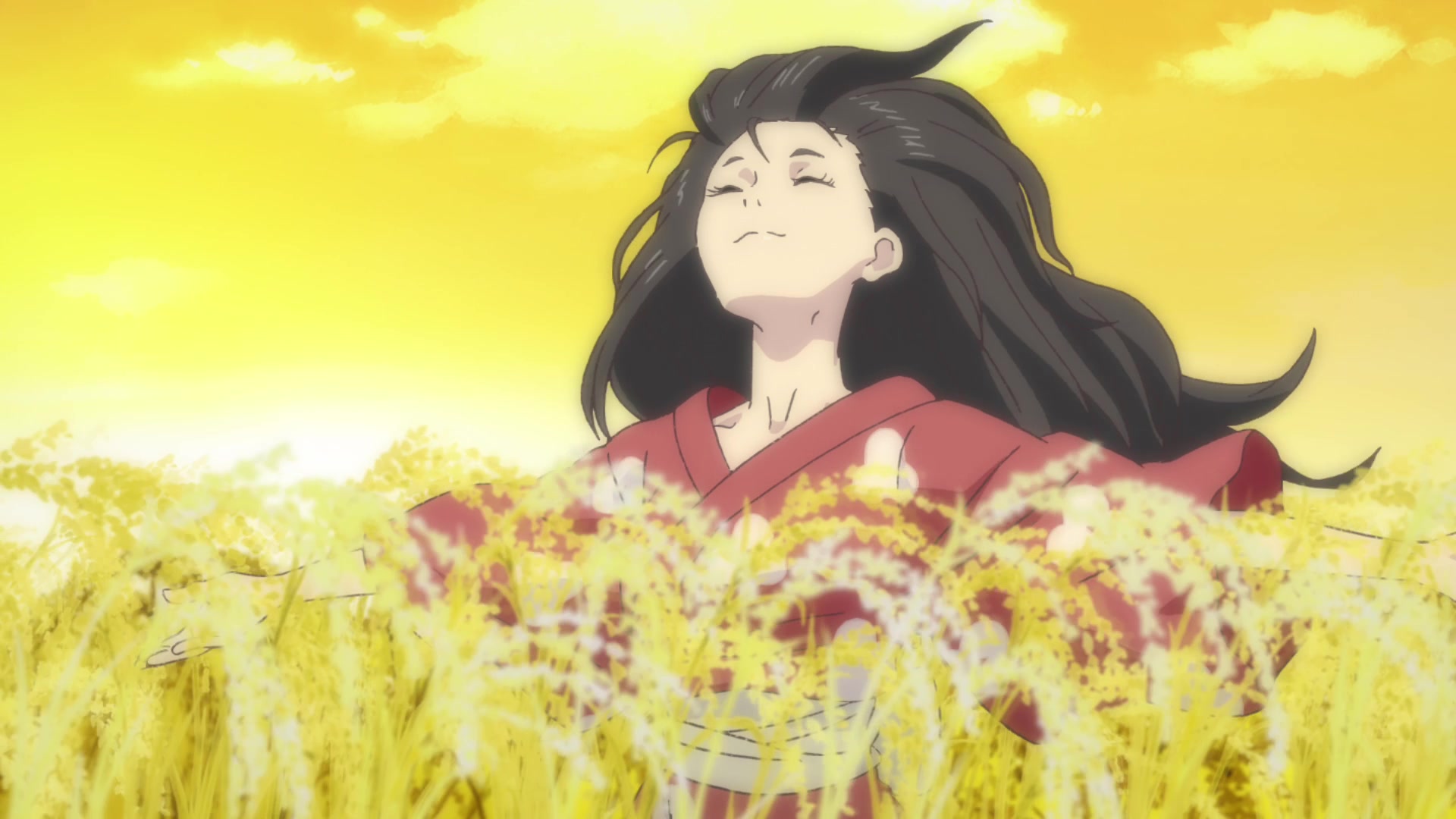 There is no clear path: not for Hyakkimaru, nor for Kenshin. Life is not clear and bad things can happen. It’s often grim, which just emphasises how ephemeral happiness can be. It takes a strong-minded person to live in such times, but from that strength is born a warmth and optimism that offsets all of the grimness and cruelty. If they can dream, why can’t we?