Krone wasn’t exactly a sympathetic character, but even still, her death was hard to watch. 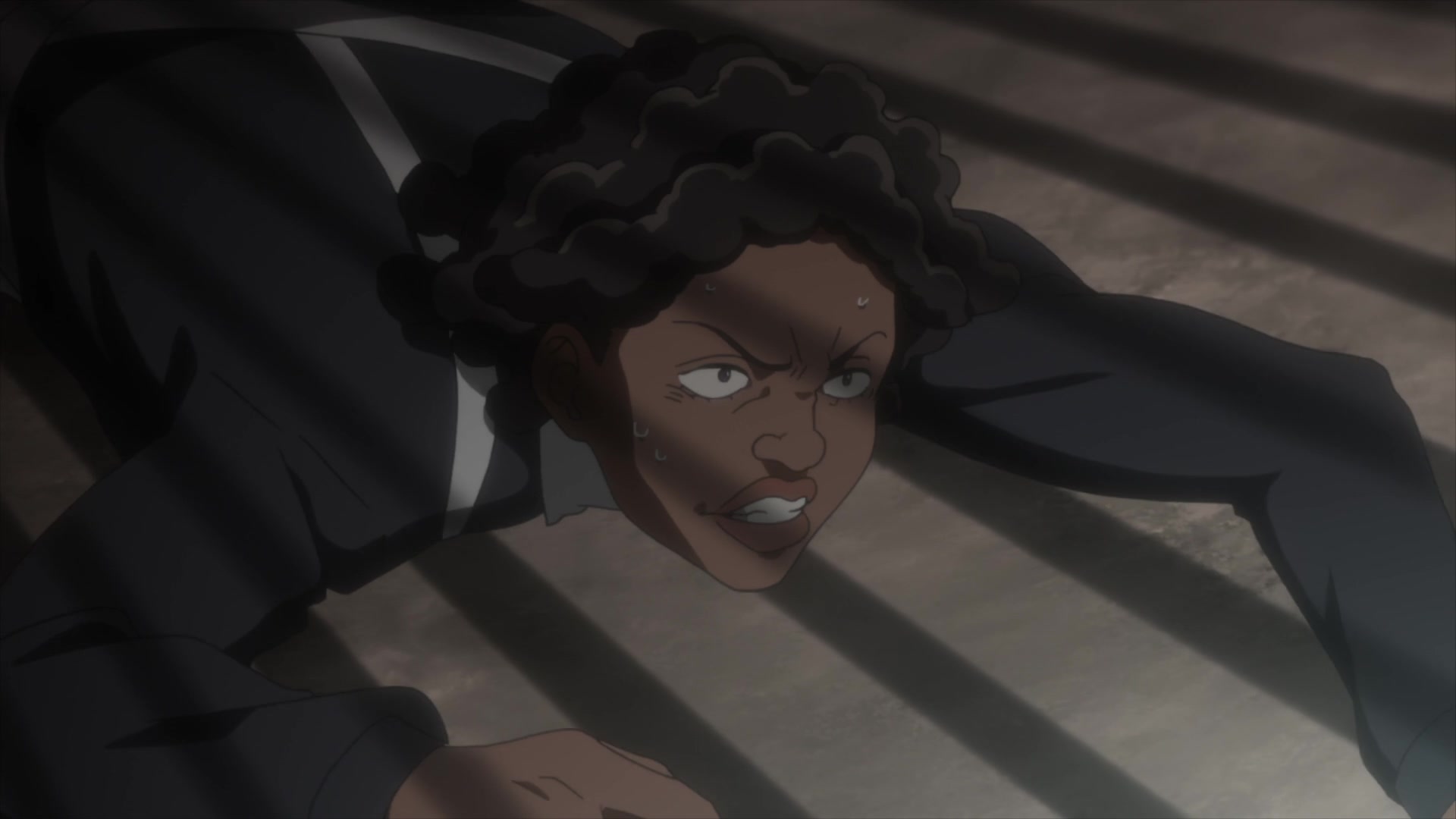 She had such a strong will to live that it spilt over into foolhardy ambition, but to see it all stripped away from her was cruel. 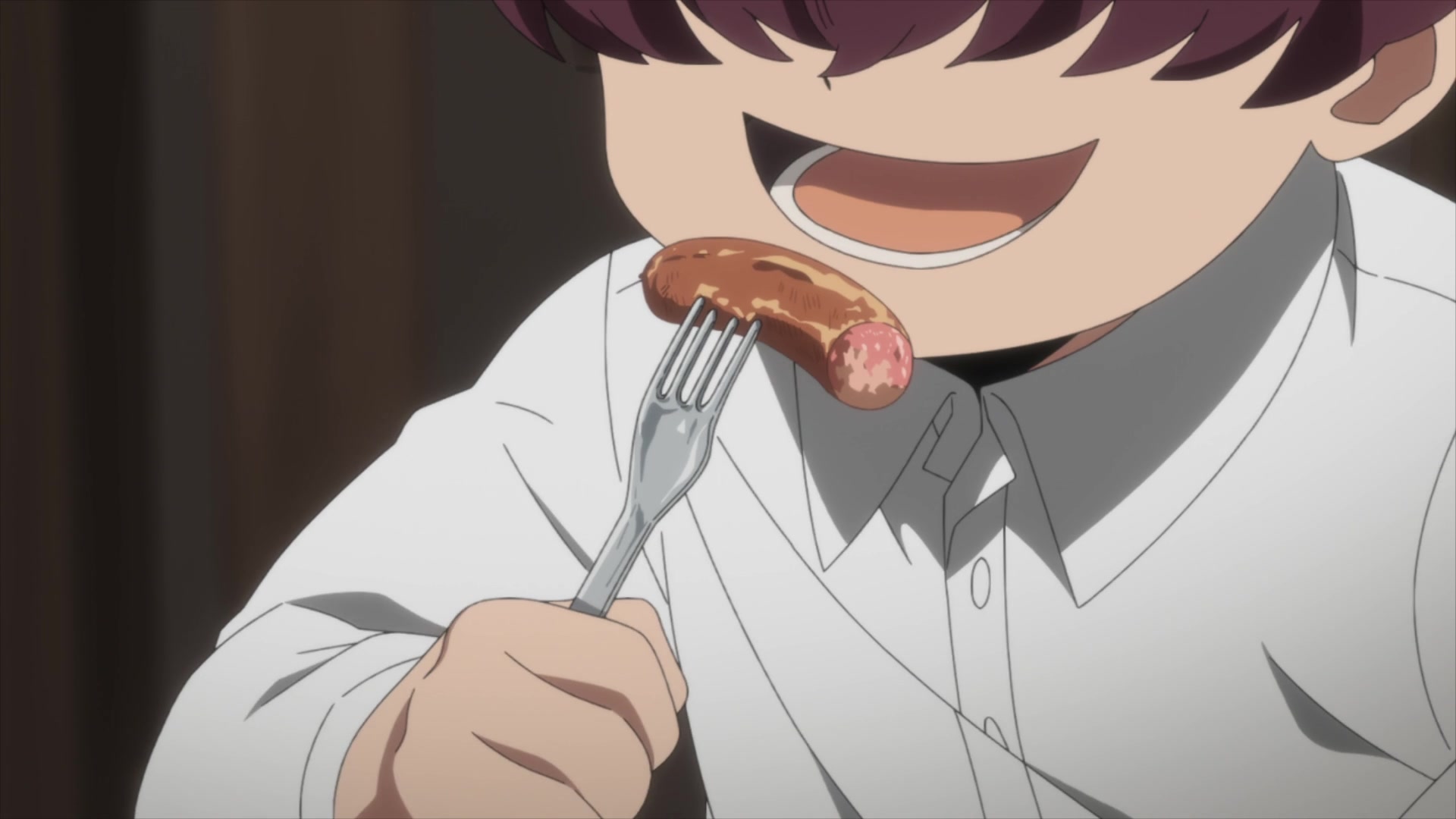 Her death is intercut with scenes of the children eating breakfast. Just as she’s reduced to being like a scared animal caught by a hungry predator, I wondered if this isn’t how weaker animals see us as we shovel meat into our mouths? It’s a subtle reminder: we have no moral high ground here. I felt slightly sick watching it all play out. 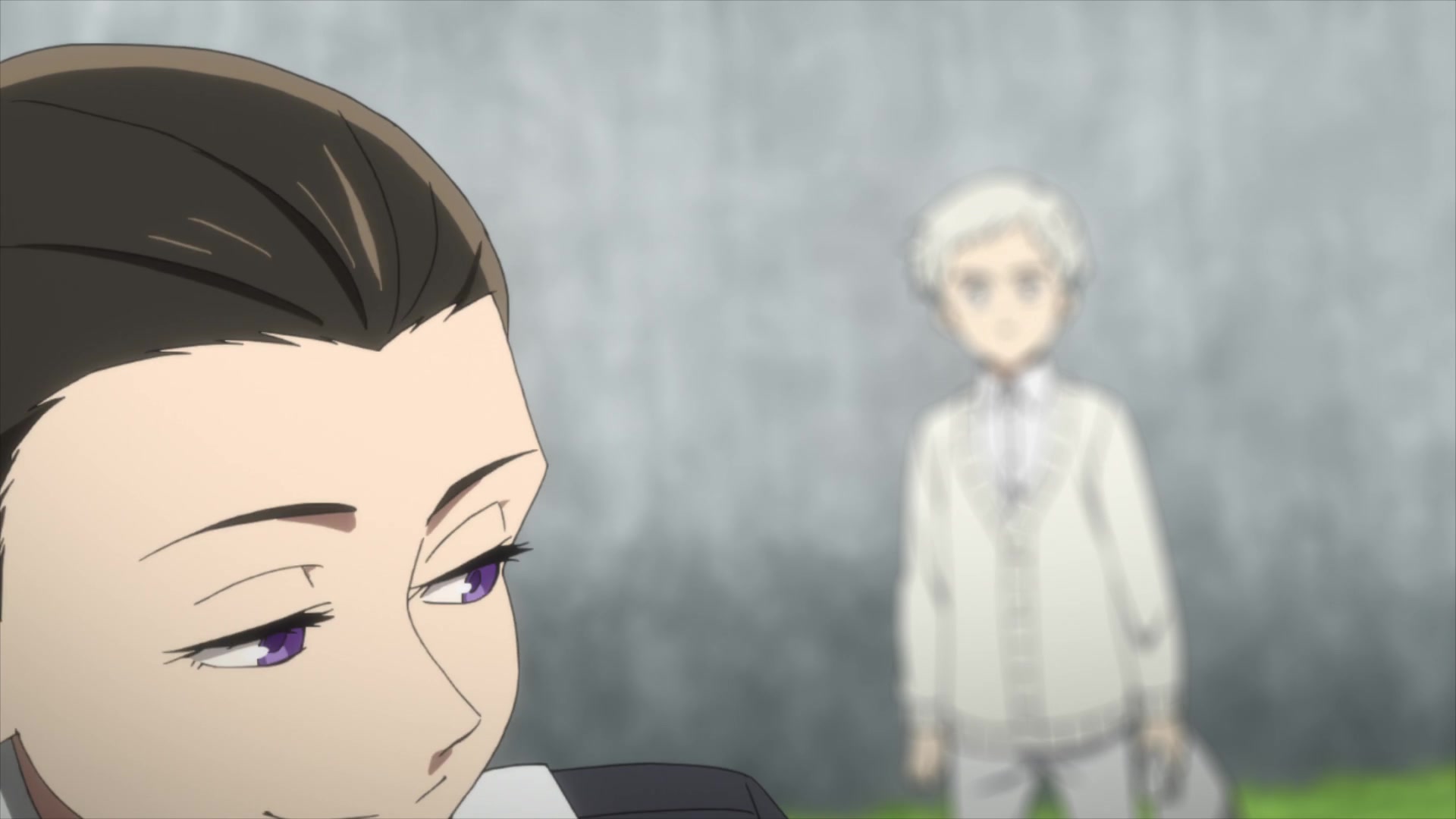 With Krone’s death, we’re officially past the point that I’d read up to in the manga and suffice to say, I didn’t expect everything to go to shit so fast.

What a crazy episode.

Everything is reset by Isabella, including Emma’s leg. 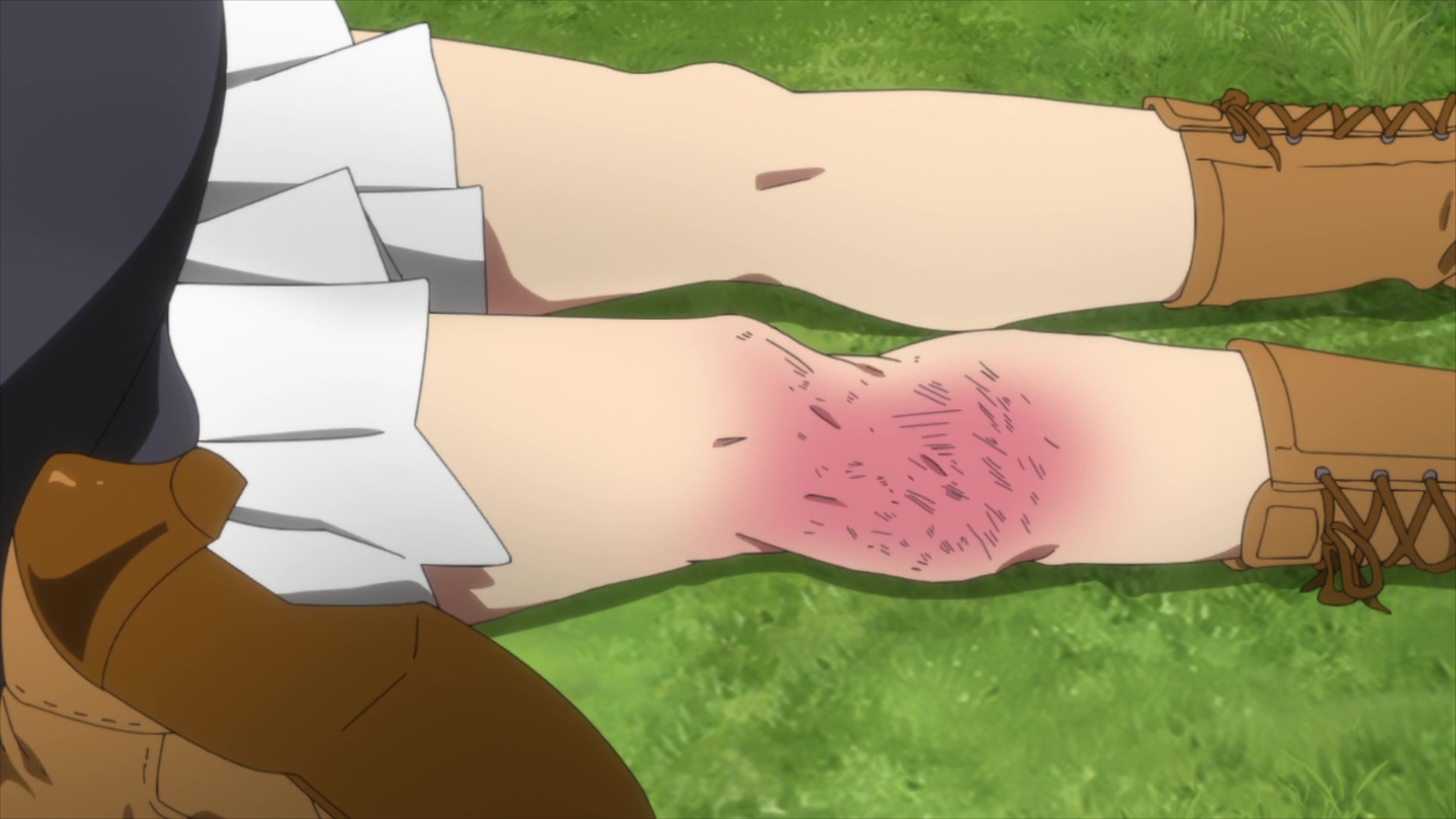 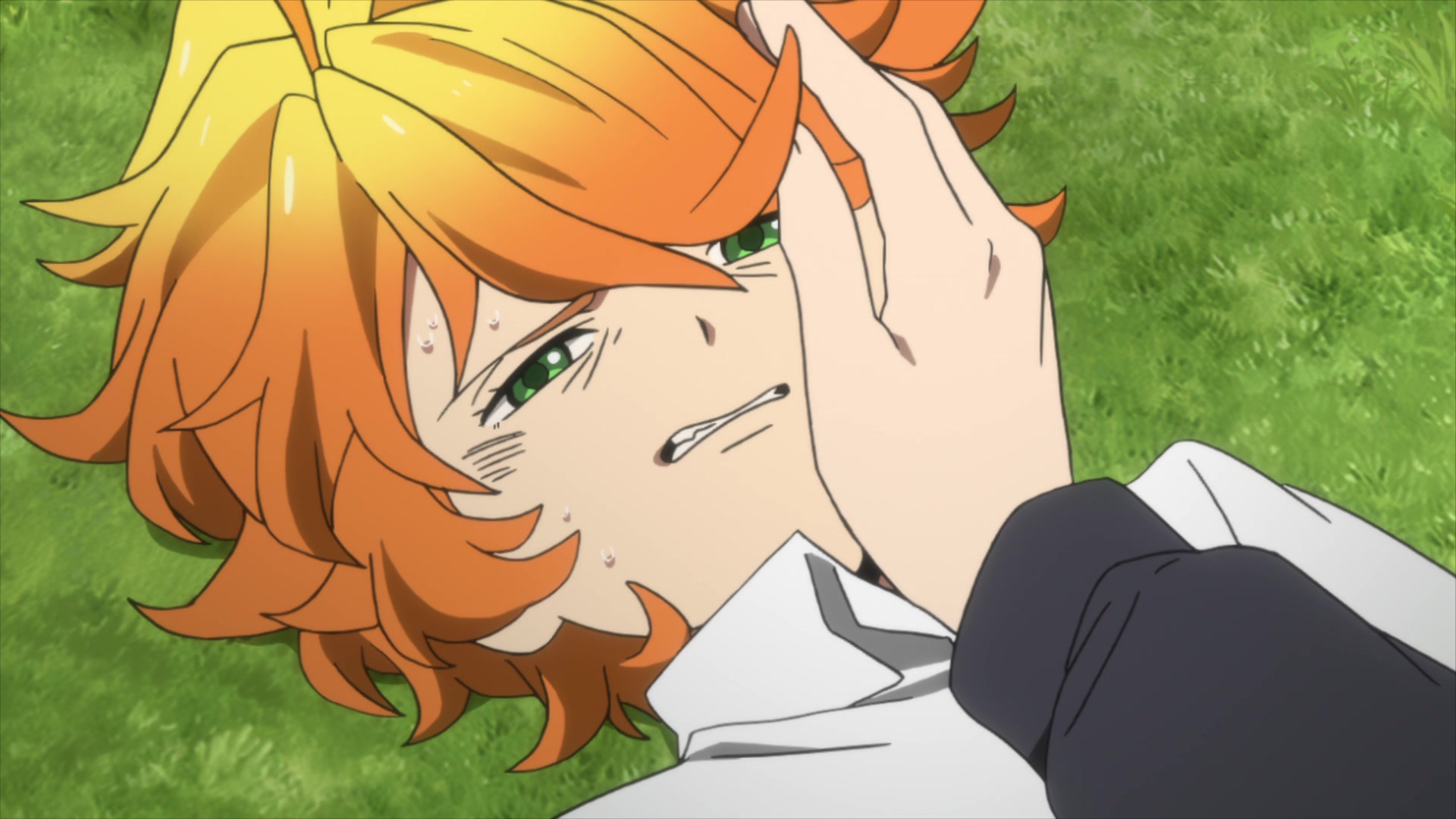 Firstly, it’s really fucking visceral and Emma’s clearly in tremendous pain, but more to the point, we’re reminded that these are still just children after all, and an adult just snapped a child’s leg. It’s a massive wake up call. 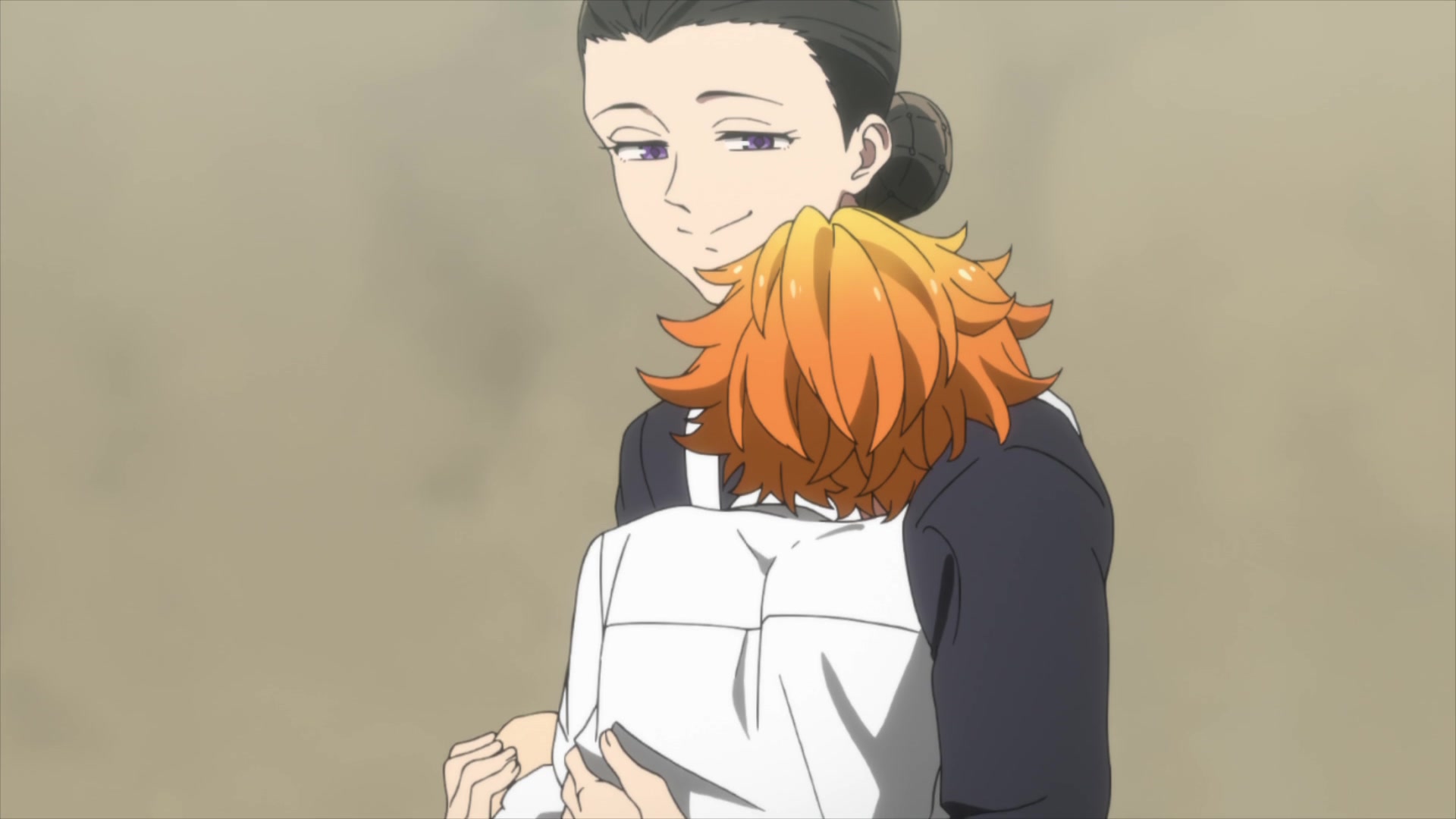 I go back and forth with Isabella (Mama). Part of me thinks that The Promised Neverland is her slyly preparing her children for the harsh life beyond the walls and that she’s making herself into a villain to teach them a tough lesson about strength and complacency, but if it’s all an act, it’s a very good one. There’s no sympathy in her eyes, no pity: only superiority.

Where it all goes from here is anyone’s guess. 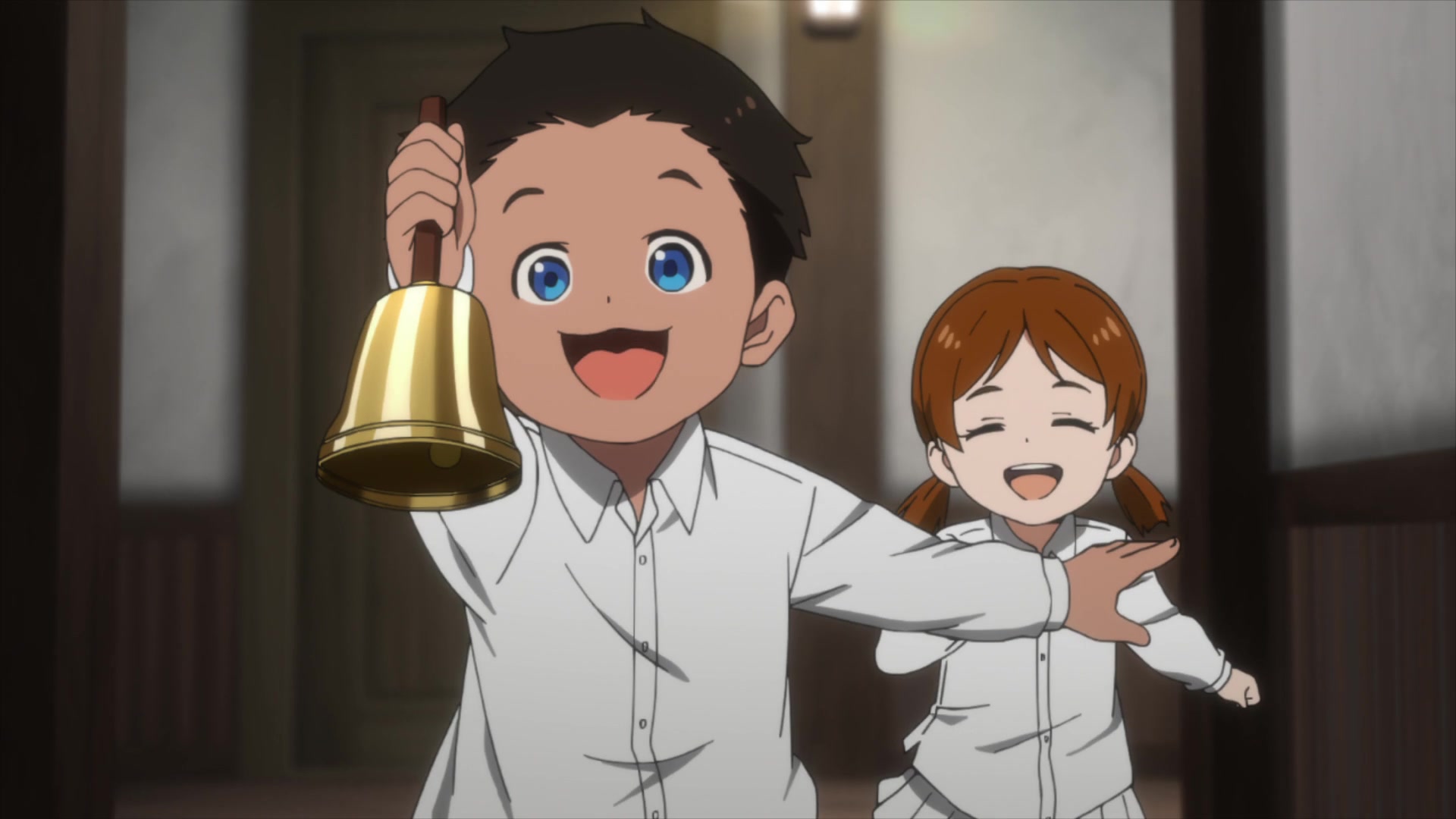 Phil’s going to be involved, though. He just has to be.