I have dreams. I want to do something with my life. I want to be remembered. In my own little world, everything revolves around me. Isn’t it terrifying then to imagine a world where all of those important feelings, the very things that make you what you are, can be compressed into a memory ‘chip’ small enough to fit into the palm of your hand? Such is the way of things in the 2008 dystopian anime series Kaiba. It’s been 11 years since Masaaki Yuasa unleashed this utterly unique anime on the world, but does it still hold up today?

If anything, it’s more relevant now than ever!

A core theme is identity, because in Kaiba‘s world, it’s trivial to separate body and mind, therefore, what are you? What makes you what you are? Since you can switch bodies, your gender is fluid too: therefore, you are a distillation of your memories. In this story, Neiro loves Kaiba. Without realising it, she loves him in Chroniko’s female body as much as Warp’s male body. Their feelings transcend flesh and blood.

This is a transhuman society where people can live endless lives through countless bodies, so, what’s the problem? Well, it’s still a human society, where the powerful exploit the weak, a person’s body can be sold on the black market and have their consciousness locked inside a long since forgotten memory stick.

In Kaiba, almost everything is disposable. Chroniko’s memories are discarded in such a nonchalant way: removed by a crooked doctor, her memories join millions of others floating in orbit around her planet, her unfulfilled dreams glowing like fireflies in the endless dark of space, indistinguishable from millions of others. It’s just the insignificant manner in which her whole life is just thoughtlessly discarded that destroys me. It’s as nihilistic as anime can be.

Kaiba is what happens when our ability to wield technology outpaces the evolution of our empathy. Our memories are intimate and make us what we are, but there’s something deeply unsettling about seeing them as quantifiable as files on a hard drive, easily modified, copied or simply forgotten. They suddenly feel disposable. It’s dehumanising. 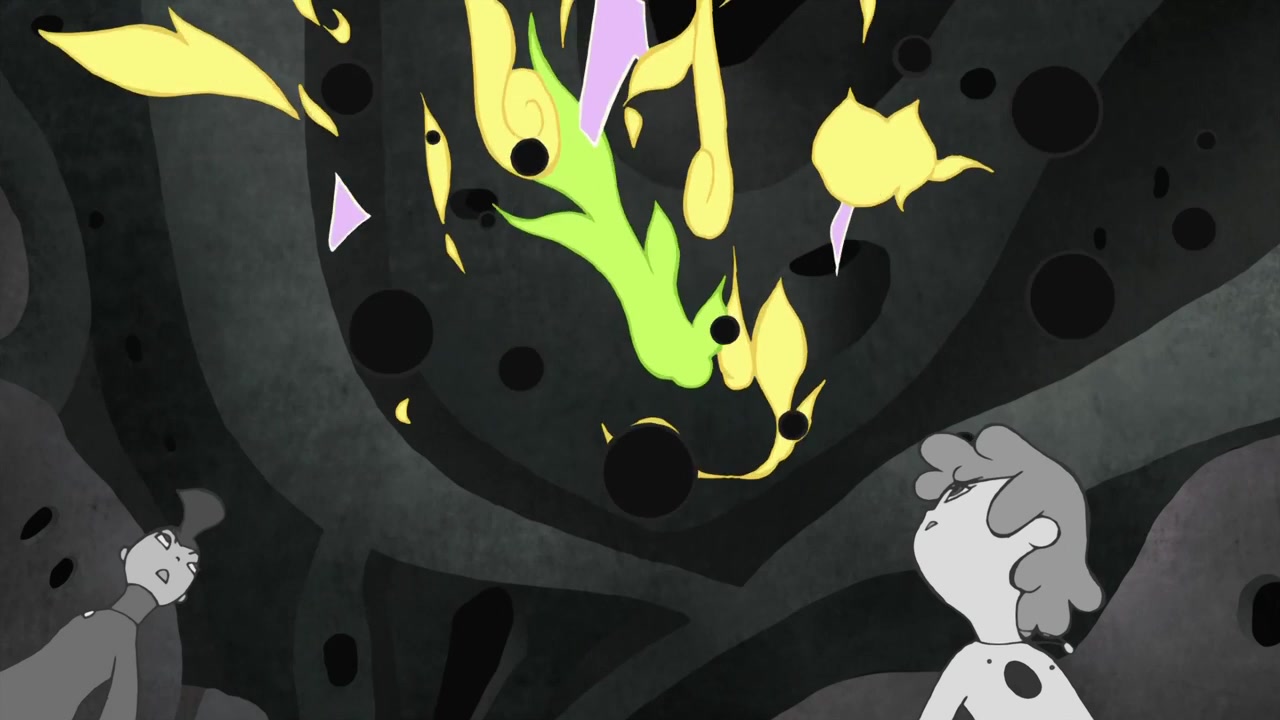 Kaiba is not perfect. It’s rushed towards the end as a resolution is sought, and some episodes aren’t as coherent as others, but it’s easy to forgive an anime series that’s still so unique. Even after 11 years, it’s a refreshing example of what anime can be: nothing looks like Kaiba, it has such a unique aesthetic that separates it from the time in which it was made and, combined with what it’s trying to say, imbues it with a timeless quality.

One reply on “Destroying her identity: the timeless, terrifying world of Kaiba”

Yes, Kaiba definitely holds up to additional viewings. I still get goosebumps when I hear the opening song. I’ve watched through it twice but not recently. Your post is a good reminder to jump into that world again.