Last night I started learning French. Why? Because I want to read manga.
This all started earlier in the year, when I noticed how a lot of English-translated anime and manga were going out of print. And when stuff goes out of print, it either gets expensive (often ridiculously so) or just totally disappears.
I was always aware of this happening, but it never seemed to effect me. I just assumed my favourites would always be there, ready for dispatch when I decided to come calling. We live in the modern world, after all.
Earlier this year, then, I decided to make good on my intention to own Tsutomu Nihei’s Blame! manga. It’s a 10-volume science fiction opus about a guy trapped inside an ever-expanding sky-scraper. I’ve loved it for years and re-read it often enough for it to be worth my shelf-space. Decision-made.
It’d slipped my mind that Tokyopop imploded in 2011.

END_OF_DOCUMENT_TOKEN_TO_BE_REPLACED 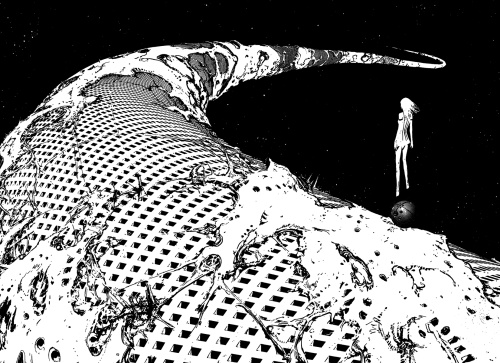 Happy new year, everyone! Time sure flies and it’s now looking likely that this blog will live to see it’s fourth anniversary on the 4th of March, which is just… surreal!
This time of year also provides me with the rare opportunity to immerse in some new worlds of fiction. Last year I fell under the spell of Legend of the Galactic Heroes, but this time it was to be Tsutomu Nihei and his six volume Biomega that caught my eye.
Nihei is probably my favourite mangaka. It’s not like I’ve read a lot of manga, but this guy has held my admiration for a long time, ever since I stumbled over his first series, Blame!, where the dialogue is sparse, action is rapid and landscapes are wide, sprawling stretches of textured emptiness.

END_OF_DOCUMENT_TOKEN_TO_BE_REPLACED 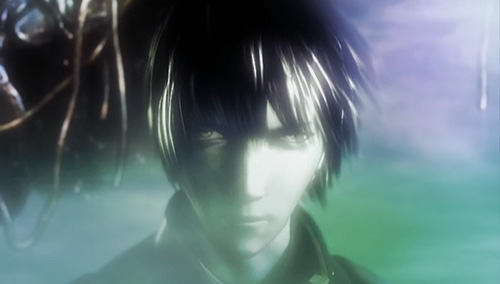 If there’s one genre I’m always likely to love, it’s dark, heavy science fiction. As attested by the bitterly disappointing Ergo Proxy and Oshii’s philosophically-loaded Innocence, it’s a subset of anime that’s prone to artistic pretension of the highest order, but even still, when it works, as in the case of the viscerally despondent Texhnolyze, it’s impossible to ignore. The “Blame!” manga series is another example of such a beautifully drawn, deep science fiction story that’s just aching to be animated. Thankfully, the Japanese are beavering away on it right now and if these newly released clips (from which these snapshots have been taken) are anything to go by, we might just have another winner on our hands.
Though I’m not the biggest fan of CG anime, it’s perfectly suited to such a vastly-futuristic, almost-alien world like that which is at the heart of “Blame!”. “The City” is a megastructure (Dyson sphere) that’s long since grown beyond all human control; gigantic mechanical builders have been expanding its borders for hundreds of years, and now, even the moon is incorporated into the forever stretching landscape. By way of finding the last few humans born with Net Terminal Genes, Cyborg Killy’s mission is nothing less than to stop this constant building, but standing in his way are countless tribes of transhuman, twisted Silicon Creatures.
Though it sounds action-packed, so much of what’s so good about “Blame!” is simply in tagging along with Killy as he climbs through the empty, decaying levels of long-since deserted dystopia. It’s a skyless, desolate story constantly emphasizing the claustrophobic, limitless walls of metallic architecture and dotted with moments of organic, hopeless violence.
If the trailer is anything to go by, I can’t wait to see this animated. 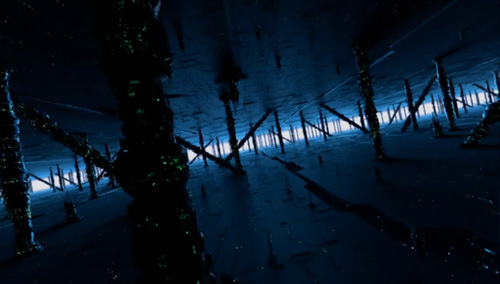 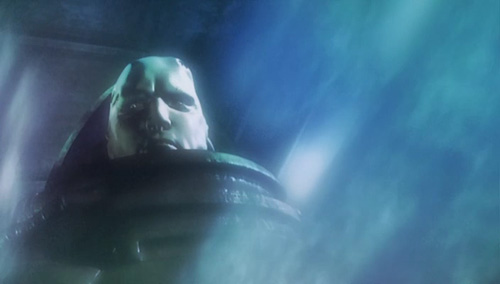 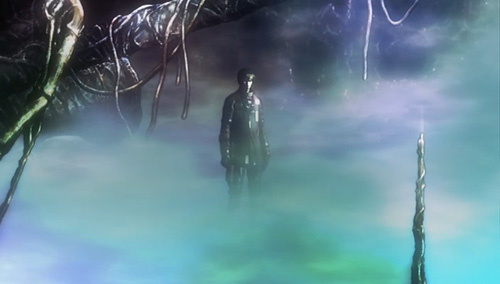 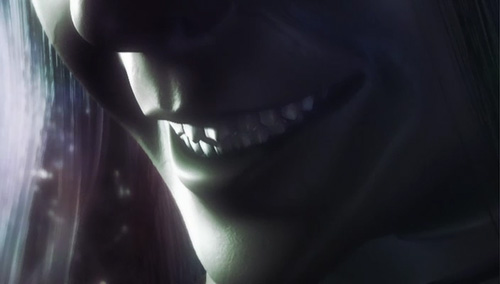 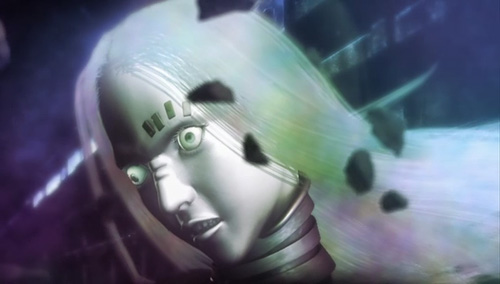 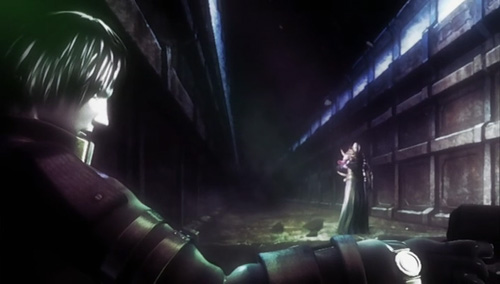 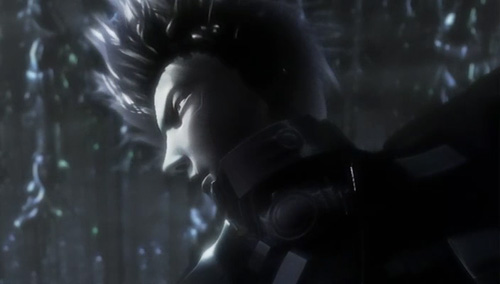 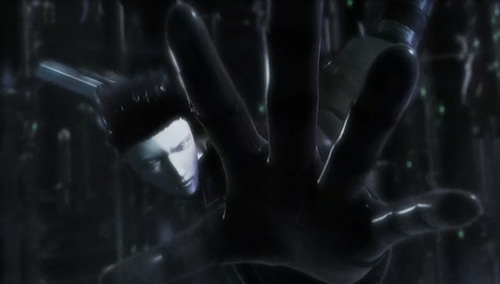 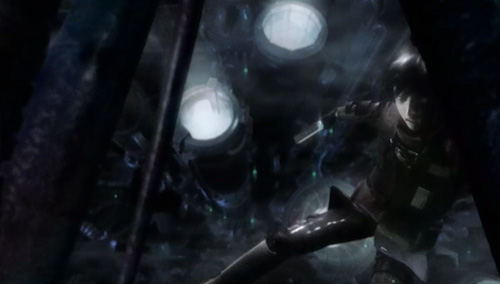 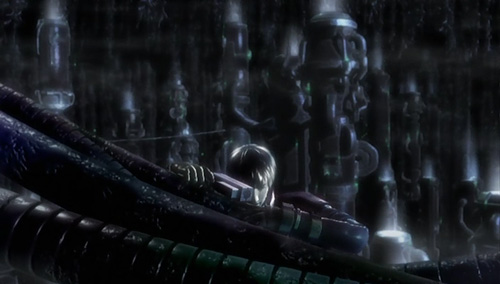 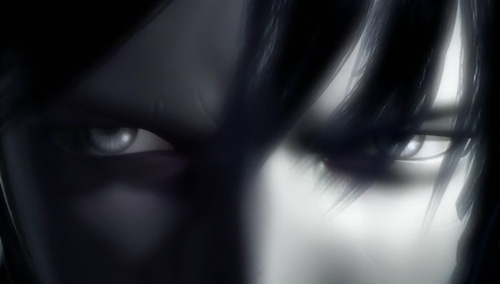 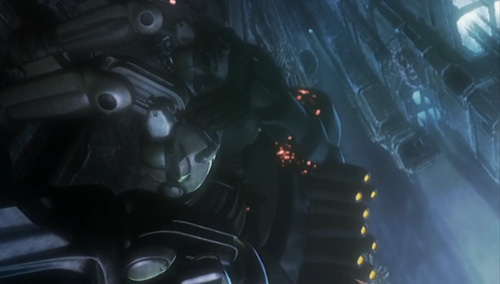 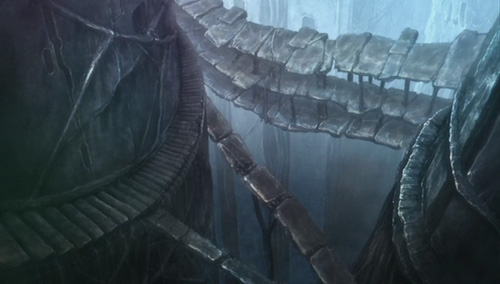 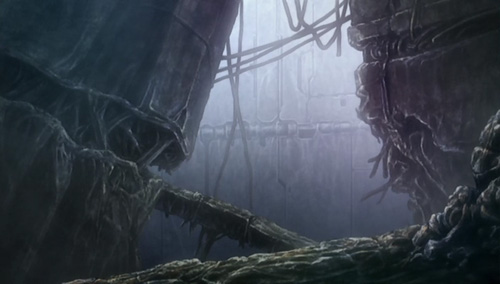 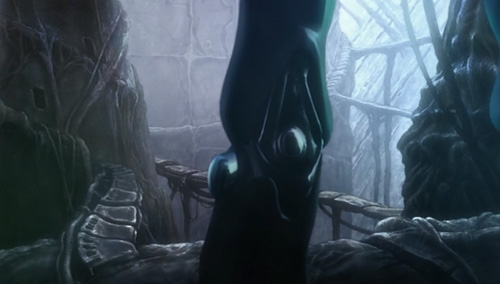 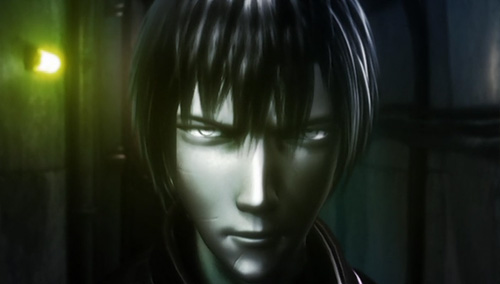 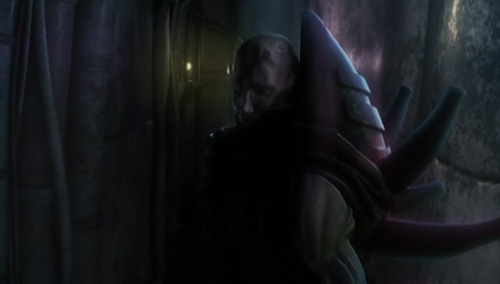 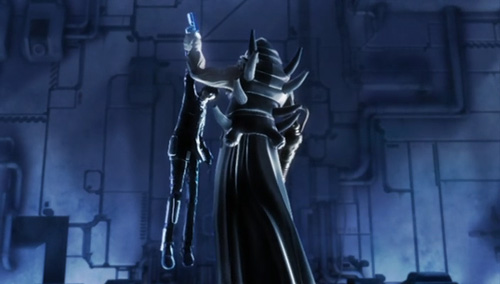 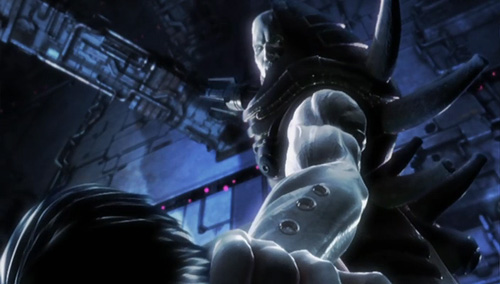 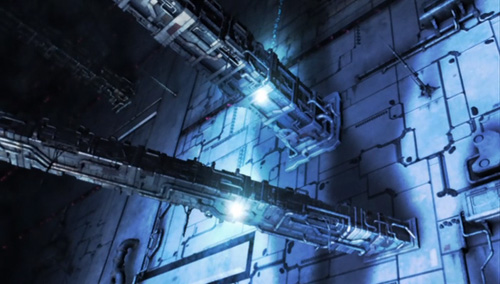 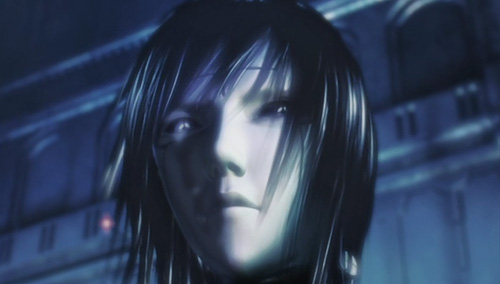 In a dilapidated dystopian hell hole, gruesome mutants stalk the shadows of a hulking city, jumping from building to building, murdering and feeding on humans by the dozen. Amidst the hopeless terror of life in Abara, one man dares to avenge the weak.
Abara is one of Tsutomu Nihei’s newest stories; famed for his downcast, vast science fiction series Blame!, Nihei is a manga-ka with exceptional drawing talent. Although his gothic style won’t be for everyone, I don’t think I’ve ever read a manga series that even comes close to replicating his eye for vast, sky scrapping architecture and nightmarish science fiction. Nihei’s work isn’t particularly notable for its empathic characters or moving drama, but he clearly and enthusiastically expresses himself though the endless, gigantic artificial landscapes, in which his characters live, breathe and murder. The reader is soon immersed and gasping for breath in a claustrophobic world over flowing with terrifying monsters and endless levels of metallic, soulless rooms.
Of the three chapters I’ve read so far, Abara is shaping up nicely but perhaps retredding old ground for Nihei. Humans and technology have again collided in Abara, and again this gives rise to some gruesome, blood-thirsty villains. Between your cliche warring government factions (police versus the “special ops”) and uncensored human slaughter, the hero of Abara is a silent assassin, uttering no more than a few grunts before violently driving his ugly adversaries through high buildings and rooftops.
The artwork is, as you would expect from Nihei, the real selling point. Abara is not set in a sky less complex like Blame!, but its world is just as dirty, sprawling and artificial. The character designs are all unique and often capture a gruesome blend of twisted flesh and dark, bone-crunching technology.

The first three chapters of Abara are moody, violent and atmospheric, leaving little room for those weak of heart.