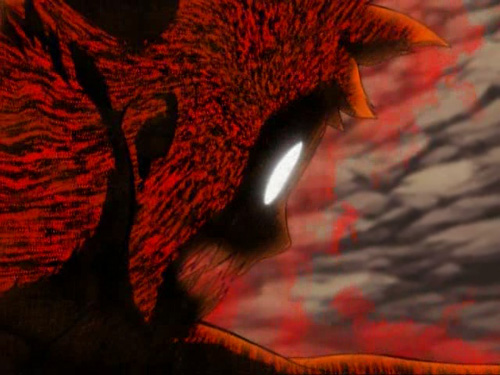 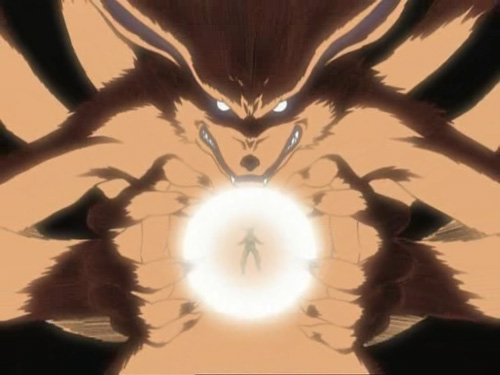 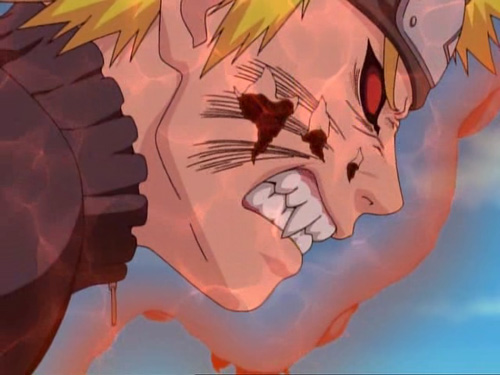 14 replies on “Naruto Shippuuden: The return of Orochimaru, stuff happens”

For me, I have been following it since it started, via media sources. Eventually the production was too slow, that I switched to watching fansubs.
Naruto may be draggy, may be pissing many fans off, but one thing for sure is that loyal fans will remain with it forever!

If the most epic fight in Shippuden doesn’t get epic animation, then it’s all been a waste of time. Trust me, this arc is waaaaaaaaaay the best in Shippuden. ;]

I’ve been enjoying this arc much more than the Gaara Retrival one also, I think its the impending thought that Sasuke will be coming back and that is so awesome.
I wonder how far Naruto shall go with he’s four tails and all, Yamato seriously needs to get his ass in gear and stop him.
LASTLY – Naruto Hitting Orochimaru = Win!

I’m kind of annoyed that I failed to mention Naruto hitting Orochimaru. I loved that part too, especially his immediate shocked “noise” and the massive aftershock. I’m really looking forward to seeing how this whole battle will play out; I can’t imagine that Orochimaru will have much of an answer to Naruto’s unrelenting attacks. It has to be building up to another full episode of all-out war, so I’m expecting the next installment to really deliver some amazing action animation, much like the visual orgasm that is episode 26.
And I’m so tempted to read the manga… Must. resit. temptation.

To be honest I started to dislike Naruto around the time Sasuke started to leave all the way through this arc, but once this story finished I thought it really picked up. If you’re enjoying this now, I can’t wait to see what you think later on (assuming the anime does it justice).

I actually cringed when Naruto’s skins began to peel and burn. I can’t even begin to imagine the pain, but I realized that Naruto himself would probably not be aware of whats happening and the torture of being skinned alive. It didn’t look that bad in the manga, which goes to show how certain things can only be felt through animation.
Personally, I find the pacing to be way to slow. I’d be very happy if they speed up a little. They already have so much material to work with from the manga so I really don’t know why they’re still dragging some scenes out.
Maybe I’m just impatient.

Skin being burned off? That sounds surprisingly hardcore-you-know-the-score for shounen, but I must admit a general ignorance of the genre in general and of Naruto in particular.

Actually, you’d probably be surprised by the level of violence in Naruto if you’re just going by reputation. It has some rather kiddy moments too, but check out this clip to see what I mean. That’s still one of my favorite moments from Naruto, ever.

It wasn’t the graphic bloodshed so much as the painfulness of the concept (reminds me of that chap in Night Watch (not an especially good film) who pulls his own spine out and uses it as a sword).
But I take your point – that clip is more violent than I would expect (and also quite good).

Second for second the most excited I ever get when watching anime is probably still when Naruto interacts with the Demon Fox. I didn’t start the series until 2005, but I believe I was truly hooked right after the fight between Naruto, Sasuke, and that ice ninja with the mirror ability.
I continue watching the show exactly for moments like this… where the line between man and beastial rage literally blurs on the screen and you get to watch someone become “more” than their physical body in order to protect that which they love.
Since watching Naruto I’ve started to like all kinds of anime, but I’ll keep watching Naruto as long as they keep making it, even if the fillers and most of Shippudden so far have absolutely sucked =P

ok i think naruto is cool but since wen does his skin peel off? good touch but its freaky