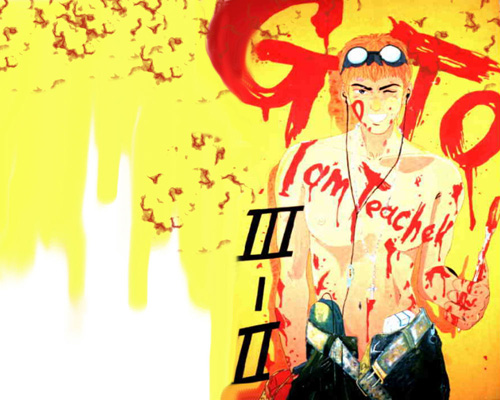 If MyAnimeList has taught me anything, it’s that for every merely-good new anime series airing right now, there are many more excellent but old (and therefore, forgotten) gems just waiting to be found. Since I joined that site, I’ve spent countless hours trawling through their hefty archives of anime, trying to build up a well-structured list of everything I’ve ever wanted to see. And now, as of speaking, there are 87 TV series, movies or OVAs on my official back-log; scary, but as long as I’m an anime fan, the list will never drain.
Building such a resource is a daunting task, but at the same time, it provides me with a useful reference for the future. If I’m looking for some comedy, or action, or drama, all I need to do is consult my list. For example, I doubt I’d even think to watch something as obscure as “Animation Runner Kuromi” had I never bothered to note it down on MAL, but I’m glad I did, because it turned out to be an entertaining little comedy about the anime industry, helmed by one of my absolute favourite directors, Akitaro Daichi, he of “Fruits Basket” and “Now and Then, Here and There” fame. Discovering that, amidst everything else that’s supposedly vying for mine anime-viewing attentions, was well worth the effort.
I found the anime of this blog-post, a certain Great Teacher Onizuka, for the same reasons. I’ve often read mentions of GTO, but up until the end of 2007, I’d always ignored it. However, since the dawn of the new year, I’ve been feeling tired after work and regularly struggle to keep my eyes open long enough to get through even one episode of so-called thinking-man’s anime (because, you see, thinking is too much effort). I suppose big, dumb Great Teacher Onizuka looked like the perfect antidote, and indeed, I was right; light entertainment for the win. 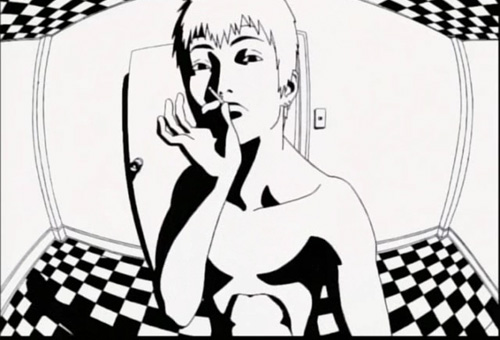 Great Teacher Onizuka’s real name is Eikichi Onizuka. He often introduces himself as a 22 year-old bachelor looking for lurrrv, but his blonde hair (quite rare in Asia, apparently!) and hot-blooded, aggressive attitude fails to conceal his history as the legendary leader of one of Japan’s most violent motorcycle gangs. Indeed, he only starts teaching because of the many “hot girls” at school, but quickly realizes his passion for setting straight an abusive class of misfits; themselves more than willing to squish his fledgling career.
That’s all you need to know about the plot of GTO, it’s that simple. Onizuka isn’t like other teachers; he isn’t up-tight, strict or serious, he’s the opposite. He’s a punk, irresponsible, easy-going and up for laugh; consider that he wins the admiration of one student by asking him for porn, while he punishes bullies by hanging them upside-down from trees.
So much of the fun is in seeing how Onizuka’s lack of regard for social boundaries (e.g. spanking a female student) knows no limits; the bemused reactions he forces from parents, teachers and students alike are priceless. You know they’ll never defeat Onizuka, but the bigger the bastard, the harder they fall. Of course, there are the obligatory slips into serious drama too, but it’s apt, and in some cases, heart-rending. In one particular arc, there is a rather-weak boy that’s being bullied by a group of girls; he considers suicide. It ends when he strips down naked in front of a packed hall of PTA members to reveal the extent to which his body has been battered and bruised.
With the animation from Studio Pierrot, the studio behind the likes of Bleach and Naruto, GTO is a fairly standard looking anime from 1999, but some of Onizuka’s facial expressions are hilarious; it’s like he suddenly tenses every muscle on his face to emphasize the sense of embarrassment or confusion he’s started feeling. It’s really unique and amusing to see, and was apparently based on the actor who played Onizuka in the live action drama.
Talking of Pierrot, they also curse GTO with their other major affliction, ridiculous random filler episodes. It’s not as bad as Naruto though, well, not as obvious, anyway, considering Onizuka proves himself capable of sitting an exam with a gun-shot wound to the stomach; no-one even notices until he passes out! You can’t really get more ridiculous than that, right? Besides, GTO has no plot to speak of, it’s just Onizuka rescuing the hearts and minds of a group of kids who, at some point or another, lost faith in school.
Though it’s low-brow and stupid, Great Teacher Onizuka is entertaining and likeable. Sometimes, that’s all I need; nothing too intelligent or opaque, but just wholesome, good-hearted fun. I doubt I’ll ever watch it again, but I’m glad I did. Now, back to the back-log, any suggestions?