Even whilst it was airing, Astro Fighter Sunred seemed like a pretty obscure series. Indeed, I often felt like I was one of the few people watching it. It’s a hard sell, I guess, because it’s not only a visibly low budget production, but also a parody of Japan’s sentai genre. Apparently people don’t watch parodies of genres they are unfamiliar with, but since I’ve never seen an authentic Japanese sentai series (all of my experience with it consists of a brief (albeit passionate) fling with none other than Power Rangers,) I’m hardly an expert either! Basically, let’s just get this straight right now: ignoring it because you know nothing about sentai is no god damn excuse.

I like to think that the readers of this blog are more discerning than that, anyway. Astro Fighter Sunred is a seinen anime through and through, which is to say, it’s for people older than the average anime fan. It’s a comedy, of course, but the laughs (and drama, but we’ll get to that later) are delivered via the jaded world view of a once hopeful soul that’s been tramped down one too many times. It’s a feeling best emphasized by Sunred himself, the once idealistic hero now reduced to a boring life of unemployment, gambling and leeching money from his girlfriend, Kayoko. 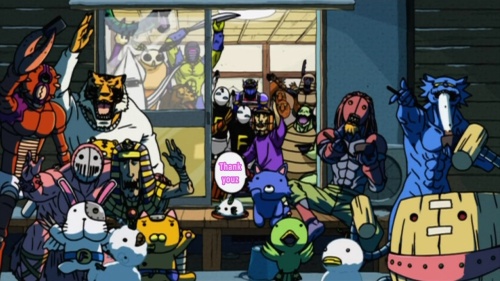 There’s any number of slacker comedies out there, but this works so well because it retains the basic premise of a sentai series. There’s still the monsters and henchmen of Florsheim for Sunred to contend with, but they are about as evil as Sunred is motivated, which is to say, not very! The middle-aged General Vamp, their leader, is the most kind-hearted chap you could hope to meet.
It has to be said that the softly spoken minions of Florsheim are a bunch of nerds too, and perhaps I enjoy this series so much because, at times, it’s a bit like looking into a mirror! The monsters appear to be brutal hell demons, yet they dress up like regular folk, laze around watching TV, go grocery shopping and trade inane banter about stupid, insignificant things. Gurugege is a big frog monster that enjoys reviewing ramen restaurants for his amateur blog, where he’s at pains to point out that his opinion is his alone; so, to sum up, we have a giant frog; blogging about food; worried that his opinions might offend someone on the internet! See what I mean about the nerds? 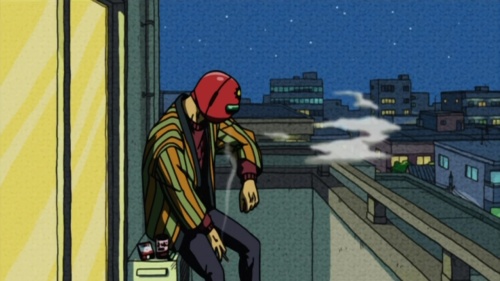 However, the last episodes of both seasons go out on a surprisingly poignant notes. Both take dramatic turns and instead focus on the tensions between Sunred and Kayoko; Sunred without his Kayoko cuts a seriously lonely figure because, for all his masked heroism, she’s the one holding it together for him; one of the saddest sights you could hope to see is Sunred all dressed up for a (ultimately failed) job interview, yet it’s a tribute to the series that it manages to convey a sense of reality along with such an admittedly stupid looking cast of characters. There-in lays the heart of Astro Fighter Sunred though, because, as stupid as it reads, these characters have heart. They are masked heroes, villains and monsters, but, like us all, they are struggling to find their places in the modern world, and manage to elicit our laughs thanks that well-earned sense of empathy. 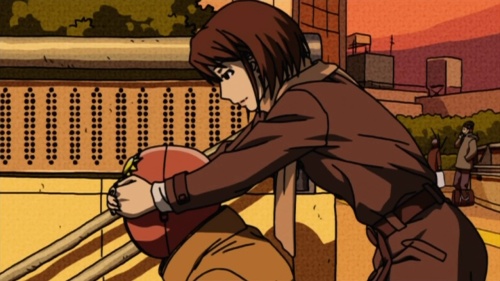 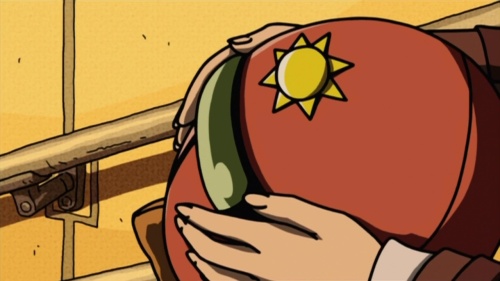 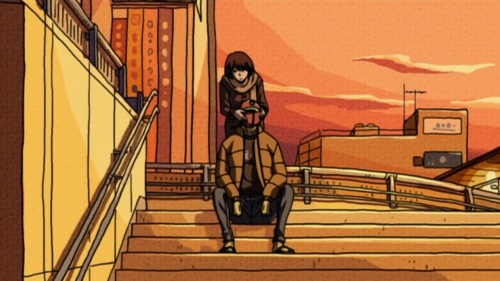 The truth is that I will really miss watching Astro Fighter Sunred. Give it a try sometime!

5 replies on “The sunset of Astro Fighter Sunred”

Thanks for reminding me to go and get the second season of Sunred. Can’t believe I actually forgot about this show.

The second season (overall) felt like a slight step down in quality from the first, but it’s still really good stuff and actually only got fully fansubbed a few weeks ago! 🙂

I’m so used to serious anime that I’m surprised when I see something silly. I just finished watching the first episode of Fractale and when they have a short slapstick style routine I couldn’t help but smile.

Oh, but I do love Sunred. Nice to see someone else appreciating the finer hues of this massively entertaining series. I could watch it for the Animal Soldiers alone.