I don’t have Bateszi’s gift for intros, so let’s jump right into the Winter Preview.  This season does not have any wildly anticipated shows, nor have I seen something of Star Driver’s caliber.  Still, even if the shows don’t blow you away, anime is definitely still well and kicking.

Wolverine
This incarnation of Wolverine features lots of action and not much story.  I think this fits Wolverine’s personality well.  He’s always been someone that focused on primal urges and never lets thinking get in the way of trashing the bad guy.  I think he is a better fit for an anime than Madhouse’s last subject, Iron Man.  Iron Man lacked any deep connection to Japan and the resulting show felt contrived.  Wolverine already has a deep background in Japan in the comic and the show looks like it is drawing from those stories.  The show started strong, hopefully it will succeed where Iron Man failed. (2 out of 3) 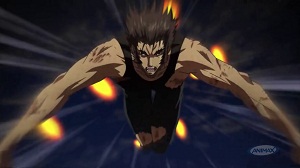 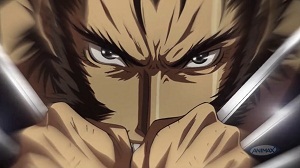 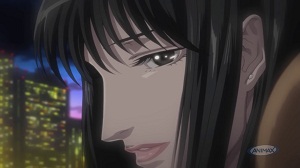 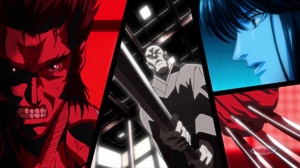 Fractale
In Fractale, humans have created a paradise (or distopia depending on how you look at it) where no one has to work.  People enjoy a life of isolation, and spend their time socializing through virtual avatars that appear like holograms.  In the first episode, a young boy named Clain discovers a young girl riding a flying machine that reminded me of the glider in Naussica of the Valley of the Wind.  The girl is injured after she falls (or jumps) off the glider and Clain brings her back to his house to recover.  The girl is gone by the morning but she leaves another mysterious girl in her place.  Although it does not reveal much of the story, the first episode provided an interesting background for whatever is going to come next.  I usually prefer shows with a bright, sharp art style (like Star Driver) but the pastel, washed scenes used fit this show well.  The first episode introduced more questions then it answered, but the world it previewed is worth keeping an eye on. (3 out of 3) 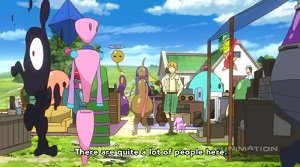 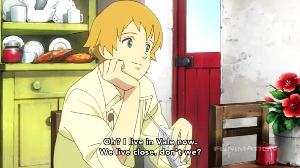 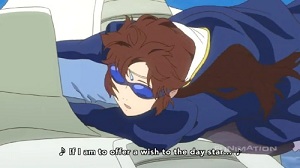 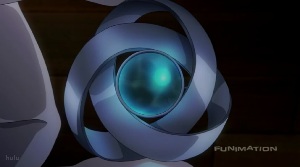 Infinite Stratos
Infinite Stratos is set in an academy that trains pilots of exoskeltons called (unsuprisingly) “Infinite Stratos.” The catch is that only women can control the suits.  Well, except for the main character Ichika, a first year student at the academy and the first man able to pilot an Infinite Stratos.  This show reeks to me of a harem waiting to happen.  To make matters worse, Ichika’s childhood friend and kendo partner Houki is also at the academy.  Ichika hasn’t seen Houki in six years and distance has certainly made the heart grow strong.  The animation itself is the sharp style that I prefer and the fights between the Infinite Stratos are enjoyable.  Still, the plot isn’t interesting nor is the concept new, Mai-hime introduced exoskeletons piloted by women before.  I hope something interesting comes of this, but I don’t expect too much given the plot so far. (1 out of 3) 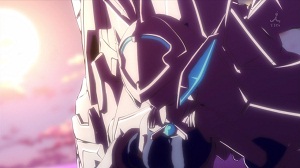 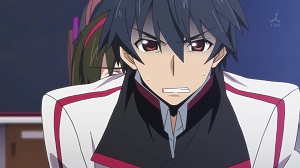 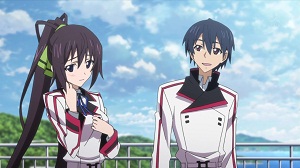 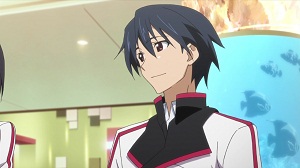