New anime movies rarely come to southern California (they tend to go instead to Viz’s theater in San Francisco) so I jumped at the chance to see the Full Metal Alchemist: Brotherhood movie at the Burbank Film Festival.  The movie, titled The Sacred Star of Milos, is the first Full Metal Alchemist movie set in the Brotherhood timeline.  Unlike the original FMA movie, this one is set during, rather than after, the end of the show.  While the producers managed to make a movie with an engaging plot and big budget visuals, they missed the chance to explore new themes.

One strategy the producers used to keep the movie from turning into a giant filler episode was moving the focus away from the Elric Brothers.  The movie’s first part profiled a family of alchemists escaping a war to find a new home.  The remainder follows the son and daughter of the family as they attempt to liberate their homeland.  The Elric brothers, Ed and Al, serve as observers for most of the film before jumping into action at the end.
This strategy worked for the most part.  I was interested enough in the new characters that I didn’t grow too bored with the story.  What disappointed me was that the producers didn’t try to explore any new themes.  The movie relied on the television show’s same tired message.  Thank you Full Metal Alchemist, I am now well aware that there are no shortcuts in life, mystical or otherwise.  Instead of coupling its capable story with a meaningful theme, the movie relied on a message that failed to offer anything new.
In exchange for stomaching a lackluster message, the movie treated the audience to impressive visuals.  Action scenes came at a rapid clip.  The scenes themselves were well choreographed.  Ed flipped, kicked, slashed and dodged while fighting the usual assortment of enemy alchemists, soldiers and chimeras.  The movie’s larger budget compared to the television version was noticeable.  It meant better looking effects.  Ice missiles fly across the screen and battles happen in the air and on fast moving trains.  The battles are also noticeably longer than what was offered in the series episodes. 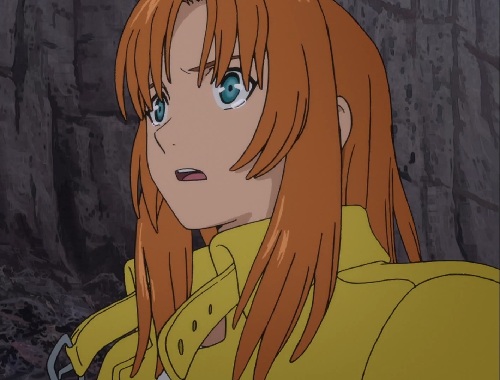 Overall Sacred Star of Milos was a good, but not great movie.  If you liked Full Metal Alchemist: Brotherhood, you’ll enjoy the movie.  Even if you skipped Brotherhood and only watched the original show you’ll be able to follow the movie easily.  Apart from some geography differences the movie relies on little material from the new series.  Unfortunately, if you are a fan of the show you may have to wait awhile to enjoy the movie.  It looks like it isn’t scheduled for a US release until Spring of 2012, almost two years after Brotherhood finished airing in Japan.

5 replies on “Feast or Filler? Full Metal Alchemist: The Sacred Star of Milos”

As a fan of all things FMA, I’m looking forward to seeing this! I read about it on a blog post over at mangauk.com last week and I’m glad I have something to look forward to now Brotherhood has come to an end 🙁

If you are a fan of Brotherhood I think you’ll like it. If you haven’t already you may want to check out the Brotherhood OVAs.

[…] So the question is…interesting or disappointing, are you, Star of Milos? […]

Soooo do you think Milos is destroyed by the humonculi after this movie. I mean they know how to make stones the girl just turned herself into a sacrifice and they’re going home to report this to the Furier (Wrath). I think this kinda hints at why we never hear about this country in the series. Probably because it lasted all of 5 secs.