Through preference as much as necessity, the way I’m consuming anime today is different to how I used to, say, 10 years ago. Back then, I relied on downloading fansubs and watching anime as it aired in Japan, one episode per week. I was in deep. Today, I hardly rely on fansubs at all, because it’s easier to stream something from Crunchyroll, or Netflix, or where-ever, than to get a torrent file. Of course, I’m paying for subscriptions at those sites too, which alludes to a big difference from back then: I have a full-time job, the upside of which is that I can afford nice things, the downside is that I have (much) less time to enjoy them.

As my finger slowly lost the pulse of anime, I stopped following the news and what was airing from season to season. When you reach that point and begin to drift, watching anime as it airs becomes pointless. My backlog is overflowing with finished series that people have told me are great, therefore, why waste time on an unknown quantity that is only airing 1 episode per week?
For these reasons, I fell behind, but I’m not bothered about catching up either.
Keeping pace with the anime zeitgeist is a massive thing. Whatever’s airing in the current season drives discussion in social media, forums and anime blogs. Avatars and screen-names change in-step with the trendy new series and popular critics have their hot-takes. Alas, none of these things have anything to do with the quality of the anime in question, but whatever’s new often overrides everything else.
In the foggy haze that is adulthood, I started to rely more on reviews, metrics, average ratings and good old-fashioned word of mouth. If you find yourself lagging behind the zeitgeist, I’ve found that keeping a list of anime that you may like to watch is really useful. You can disappear for a few months, but the list is still there. 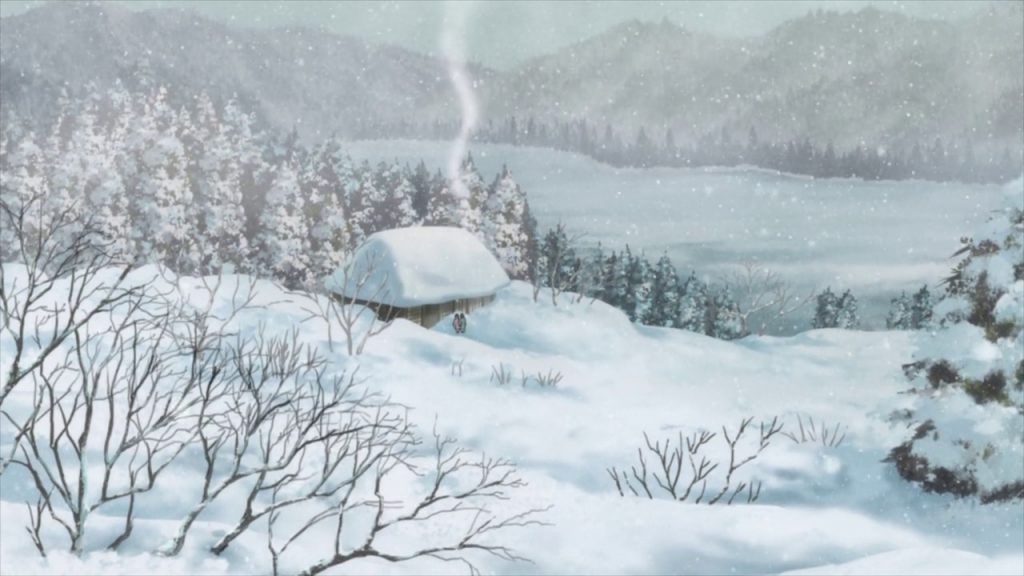 This week, I’m working my way through My Hero Academia 2 (2017) and Mushishi Zoku Shou (2014) and I can hardly believe my luck. Both series are so good, the latter especially so, and yet I can’t help but wonder, if I was making the effort to keep up with what’s airing now, would I have the time to dive into my backlog like this? I doubt it, sadly. New is where the people are, and that’s sacrifice I’m making, but it’s worth it, for good anime.

10 replies on “For good anime”

I am so happy that there is a sequel to Mushishi, but I wish I had known about it in 2014. Still, to have Mushishi on Netflix is amazing. There are two additional episodes. One is Mushishi Tokubetsu Hen: Hihamu Kage. The other is Mushishi Zoku Shou: Suzu no Shizuku. I need to find these. I think I’ll have to torrent these (if I can find them at all).
And, yes, watching anime when you have a full time job is a very different experience that watching anime while either a student or unemployed. There are pluses and minuses to both. The long list is a big help.

In the UK, Mushishi is on CrunchyRoll if it helps (including the additional episodes, I watched the first one a few weeks back!)
It’s often the case where long hiatuses between seasons of anime has a detrimental effect on their quality, but if anything, Mushishi Zoku Shou is even better than the first season (so far! I’m about to watch the fifth episode tonight!)

Oh! Thanks for the tip! I haven’t looked on Crunchyroll yet. I saw it on Netflix and that was as far as I got.
BTW, how do you like the translation for Mushishi on Crunchyroll? I much preferrred C-1’s fansubs for the original series to what was released with the DVDs.

I watched about 4-5 episodes of Mushishi S2 before I decided “damn, there is no gain for me to finish this series so quickly” and decided to just watch one ep whenever I got in the mood to watch some Mushishi. This happened when episode 7 aired. Today I think I’m on episode 9?
There is really no wrong way IMO to watch an anime series.

Mushishi is like a vintage wine. Not only gets better with age, but should be reserved for special occasions. I know exactly what you mean about taking it slow, watching is a sad experience because every new episode is one less until the end.

It’s funny how with streaming society has shifted to watching things the way I had a decade ago. I was never good at keeping up with things weekly aside from a handful of shows. Back then I was in high school doing a horde of activities (I’m rewatching Hyouka right now and my life high school life was definitely one Hotarou would define as “rosy”) so even when I started series determined to keep up with them on a weekly basis I never managed to do it, which resulted in me binge watching most series I viewed through whatever means possible (I remember an amazing week where after every cross country practice I finished a thirteen episode series on youtube). I much prefer this method of viewing things personally. I think it’s a lot easier to stay invested in something and keep up with the finer details when watching in chunks.
I can relate with a lot of what you’ve written. Having a full time job has made it harder to keep up with series, and my artistic interests have broadened a lot in the past few years (I’m much more a film aficionado now than an otaku). But I still try to get an anime fix as much as possible, but I find it better to wait until a season is at least half way over as there’s so much filler to weed out and not enough time to engage with every mediocre series out there (and there are many). I think this has made me more discerning of a viewer than I was younger, in that it’s pretty easy to tell from a trailer or even just a few concept images whether or not a series will be one for your taste, though there will always be surprises.
Anyway, I’m looking forward to reading your blog again! It’s always been my favorite because of your willingness to jump between decades and movements in anime and the consideration I can tell you put into everything you write before posting. And as someone who hates ratings I’m glad that most of the posts you make focus on series that you enjoy rather than just assigning a series an arbitrary number. I’m looking forward to seeing what you have to say about good recent anime as I’m not as familiar with newer titles. Glad you’re back!

Thanks for posting! It’s inspiring to hear from a reader that has stuck with me for all this time, I can only hope I live up to your expectations.
This reads like we both work out how to find anime in the same ways. If you’re not caught up, you’re in luck, because 2017 was a great year for anime!

I’ll have to wait to see some of your posts! The only shows I think I watched last year are Made in Abyss, 3-Gatsu no Lion, Kino’s Journey, and Girls’ Last Tour, all of which I found to be great, so I’d love to get more recommendations on good anime to catch up to. I liked Devilman Crybaby a lot too despite its cynicism.

Land of the Lustrous is well worth looking at too!

I started that and really liked it! just waiting on a new big screen tv to finish it because it seems shame to watch something of such visual splendor on my laptop screen.