It’s Autumn in the UK now. It’s cold and wet outside, the nights are drawing in and there’s the first inkling of frost in the mornings. Don’t fret though, a new anime season is here to keep us alive, so pour yourself a hot drink (unless you’re one of those weird people that doesn’t like hot drinks. I know you’re out there and I’ll never understand you) and settle in for some freshly baked, long overdue anime opinions. 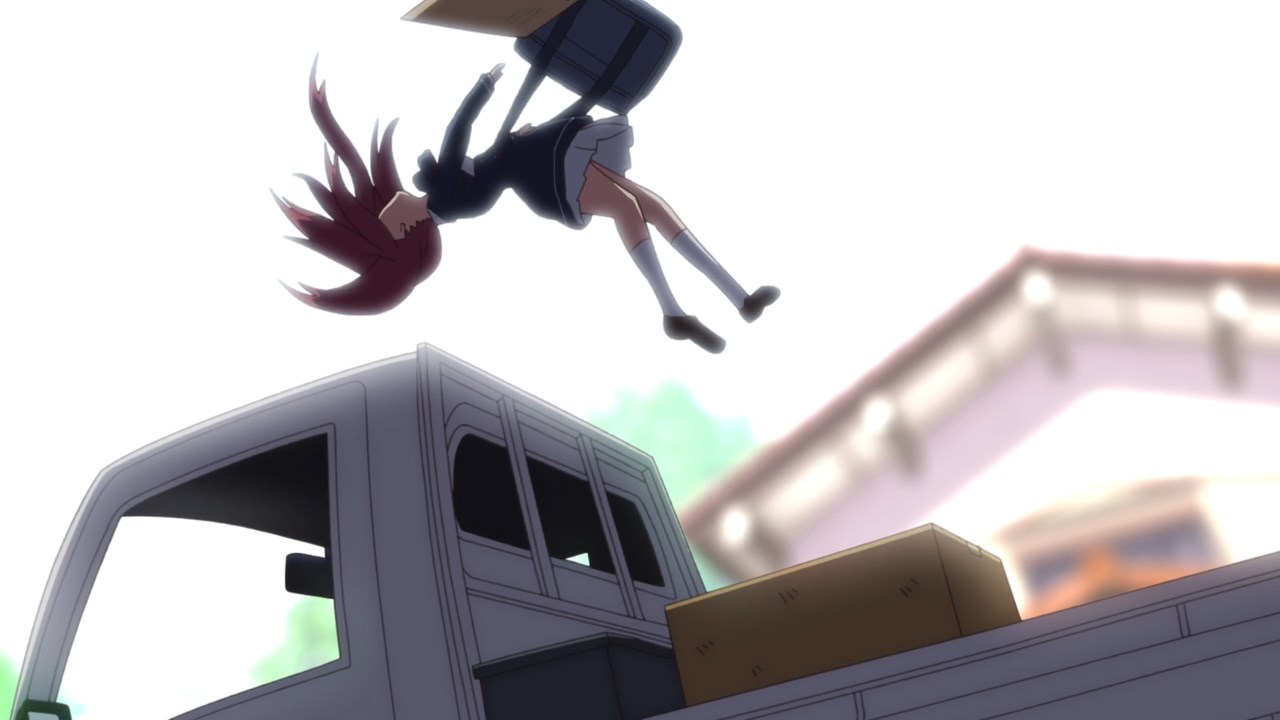 5. Idol anime is not my favourite genre; the music is awful and the writing maudlin, so I’m a bit out of my comfort zone with ZOMBIE LAND SAGA. 3 episodes in and I’m still not sure what it’s going to be. I’m here for the weird adventures of zombies, but this feels like an idol anime at heart. There’s a scene in the first episode with the girls head-banging to death-metal that reminds me of the genuinely good Aggretsuko, but since then, it’s felt like a slow march towards the dreaded glow-sticks. At which point, I’m out.

4. Easily the most controversial anime of the season is GOBLIN SLAYER. It’s as pulpy and unapologetic as that name suggests and, as much as I’d like to say I’m above this type of thing, I’m… not. Monsters lurking in the darkness, over-the-top violence and unsheathed aggression are altogether my weakness (Berserk, Claymore, etc), but I’m fully sympathetic to the complaints about the sexual violence in the first episode too. This is Testosterone: The Anime. On a different note, I think there’s an interesting discussion to be had about the way aesthetics are used in anime, because GOBLIN SLAYER, like Made in Abyss before it, doesn’t look like the kind of violent and cynical anime that it is, which may explain why so many people seem to have tripped over it?

3. With each episode being a short 12 minutes, Skull-face Bookseller Honda-san rarely outstays its welcome. Skull-face or no, this is still an anime about working in a book shop, which is a dry subject at the best of times, but I suppose that’s part of the charm. Much like other comedies like The Office (and dare I say, Black Books), there’s just something funny and endearing about watching polite people trying to cope with awkward situations.

2. Is SSSS.GRIDMAN a sentai anime? Tokusatsu? Super robot? Wikipedia has Neon Genesis Evangelion down as a ‘mecha anime’ and I suppose that’s as good a label as any for SSSS.GRIDMAN too. I’ve been really impressed by this so far, it’s embracing being anime, has an interesting (almost cinematic) perspective on adolescence and, like FLCL before it, has a number of surreal and weird quirks (the looming shadow of giant monsters on the horizon and… a weird foot fetish). I feel like there’s a huge twist just waiting to happen, but with it being slated for only 12 episodes, it’s going to have to speed up. 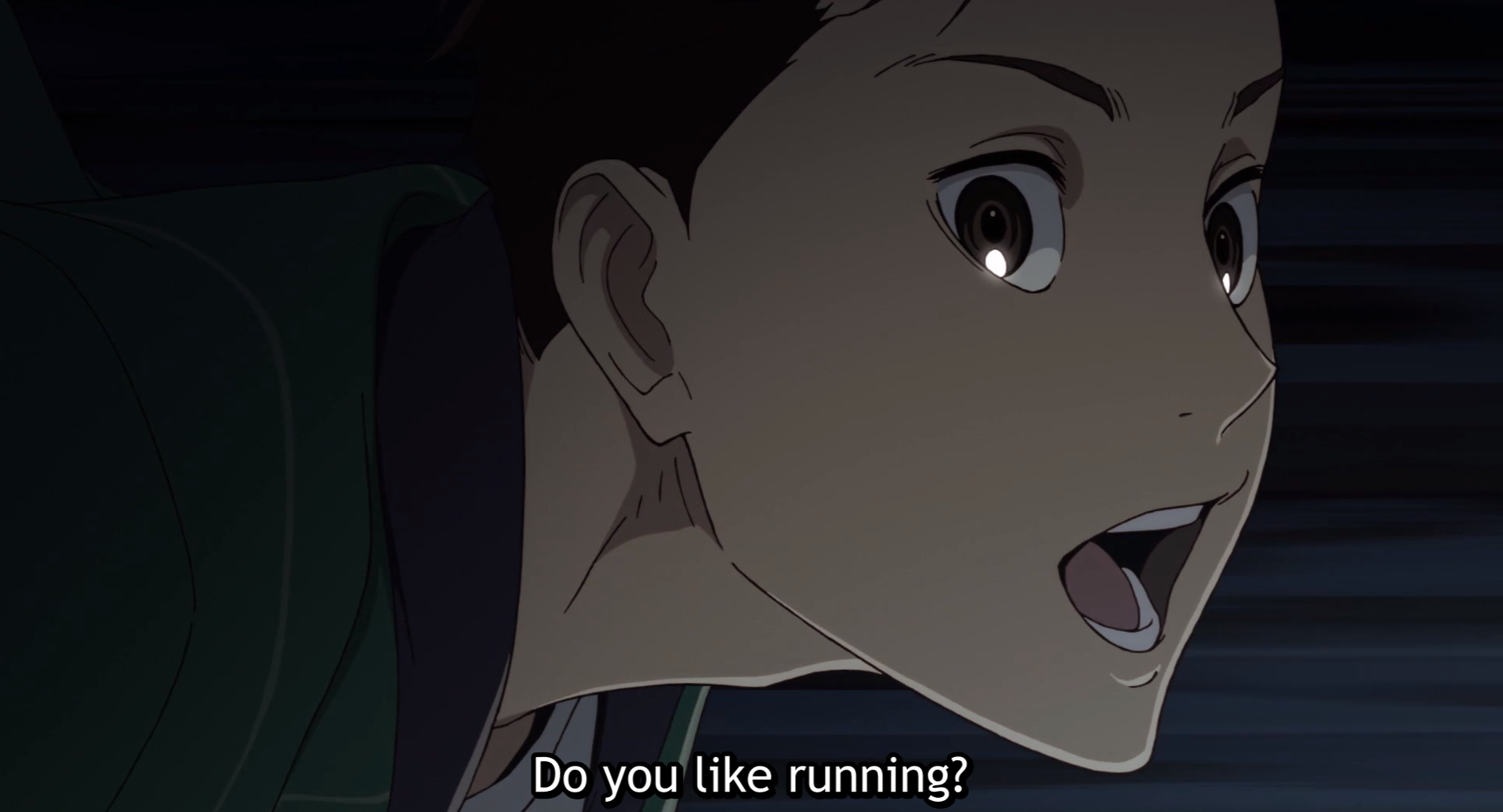 1. Run with the Wind has a few things going for it. It’s a sports anime about running, which I’ve not seen done before, and it’s set at a university, which, by default, means an older cast of characters than typical sports anime fare. In some ways, it feels like a spiritual successor to Production I.G’s Haikyu!!, not least of all because Yuki Hayashi’s music can raise my spirits at will, but given that Run with the Wind begins with the main character stealing food from a convenience store, this is more like Haikyu!!’s jaded older brother.

If you fancy a nostalgia trip, check out my impressions from the Autumn 2008 anime season! (Part 1, Part 2) Who remembers Shikabane-hime? Kurozuka? Or (sadly) the most obscure of all, Mouryou no Hako? It also just goes to show how badly a first episode can mislead you: I never could have guessed that, 10 years later, Toradora would be the anime that people remember.

2 replies on “There’s just no escaping anime, is there? (Autumn 2018 impressions)”

Aww, no Double Decker? It’s sad how little talk there is about that show. It’s so much fun, I think more people should be watching it.

It’s flown under my radar until now. I’ll check out a trailer or something.