There are some early visual cues that all is not right for the orphans in The Promised Neverland. 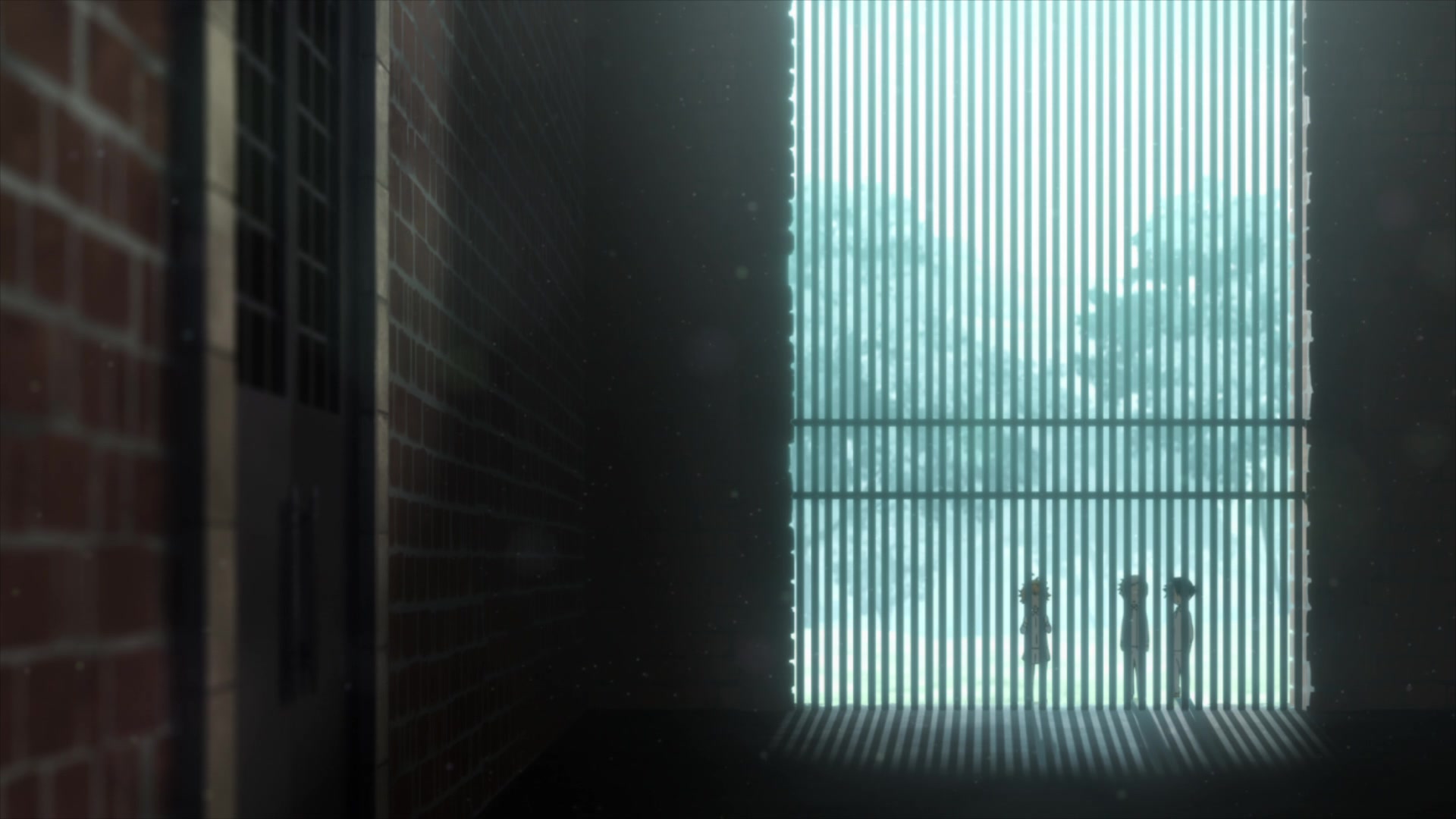 Living an idyllic life where the grass is green and the sky is blue, everything seems fine but for the gates that prevent them from leaving the orphanage’s grounds. Seen from the other side, it’s like a prison door intended to keep them in.

The Promised Neverland plays with expectations. It’s a mind game, and that game extends to the character designs. 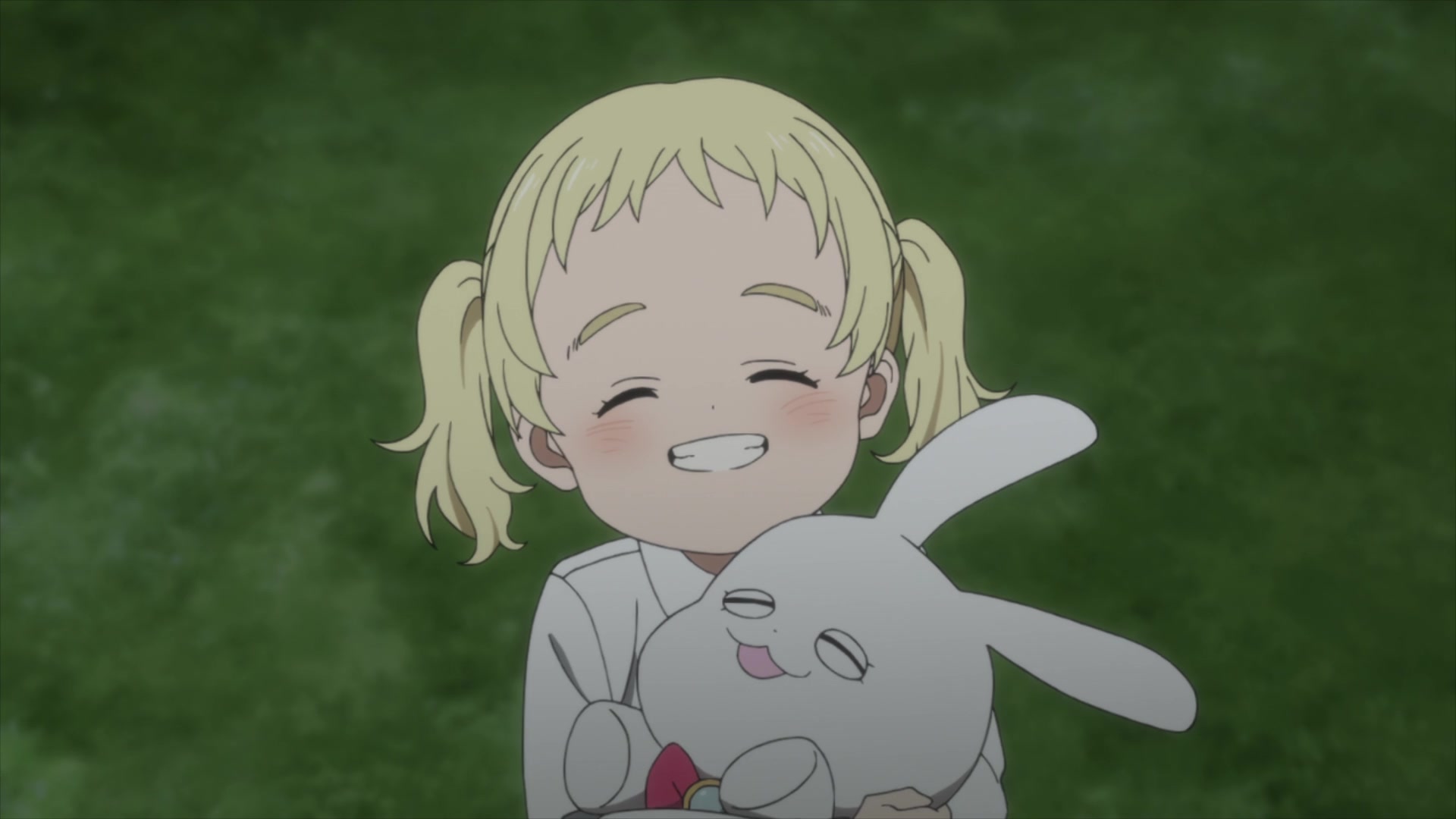 Round and squishy-looking, they recall a more childish and innocent anime like Pokemon. Suffice to say, things take an abrupt turn. 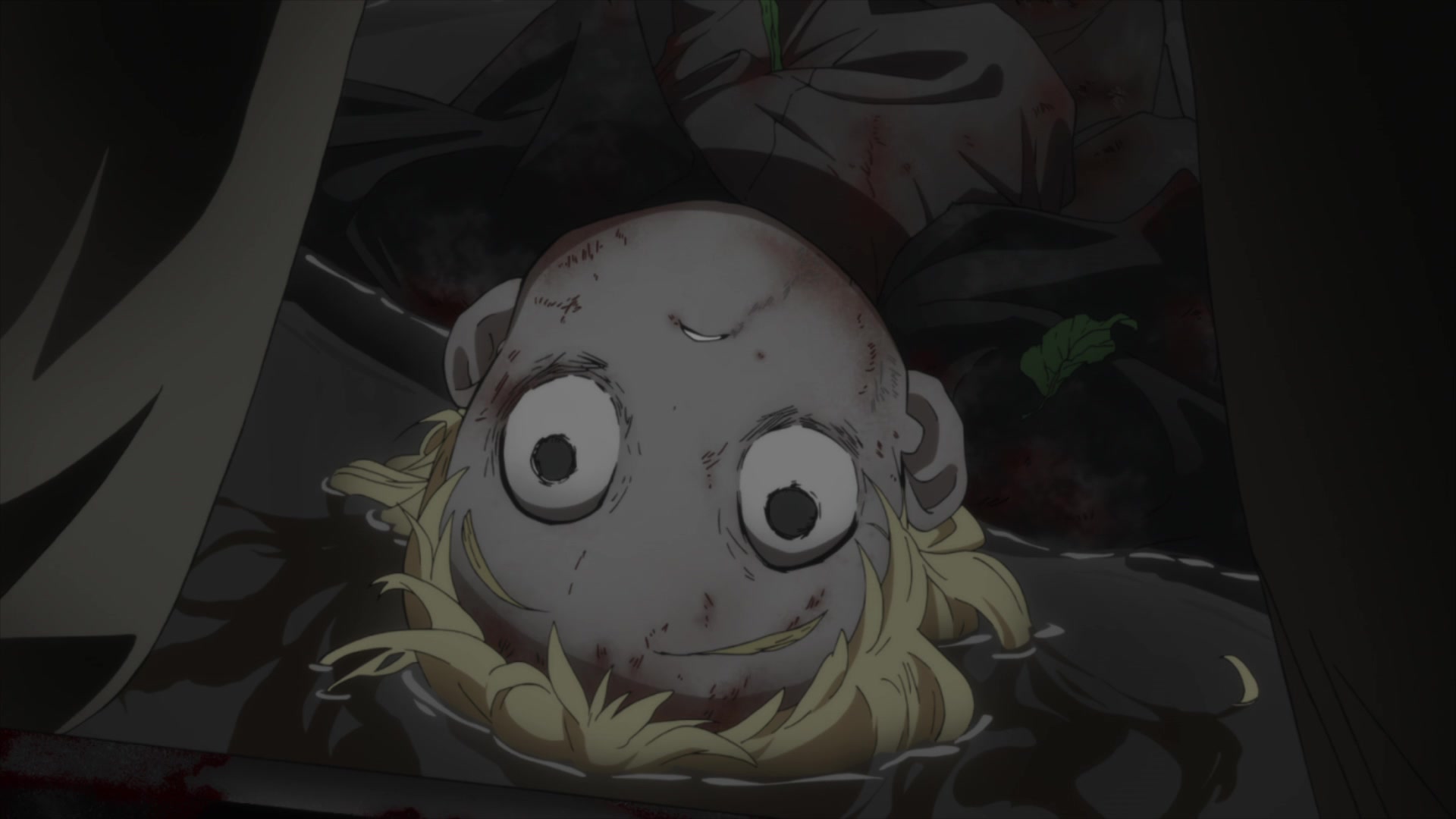 Episode 1 is specifically about Emma’s and Norman’s… 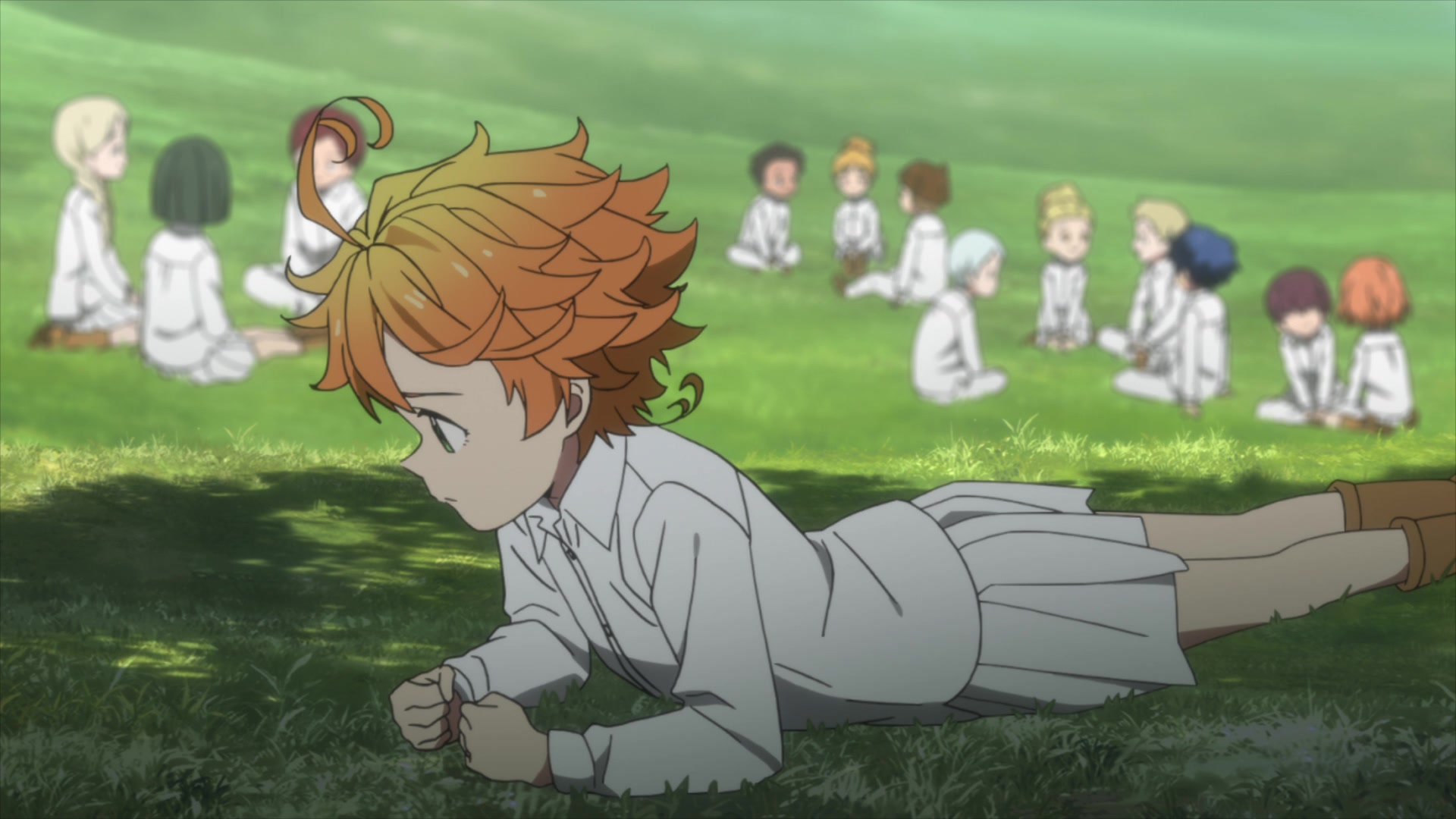 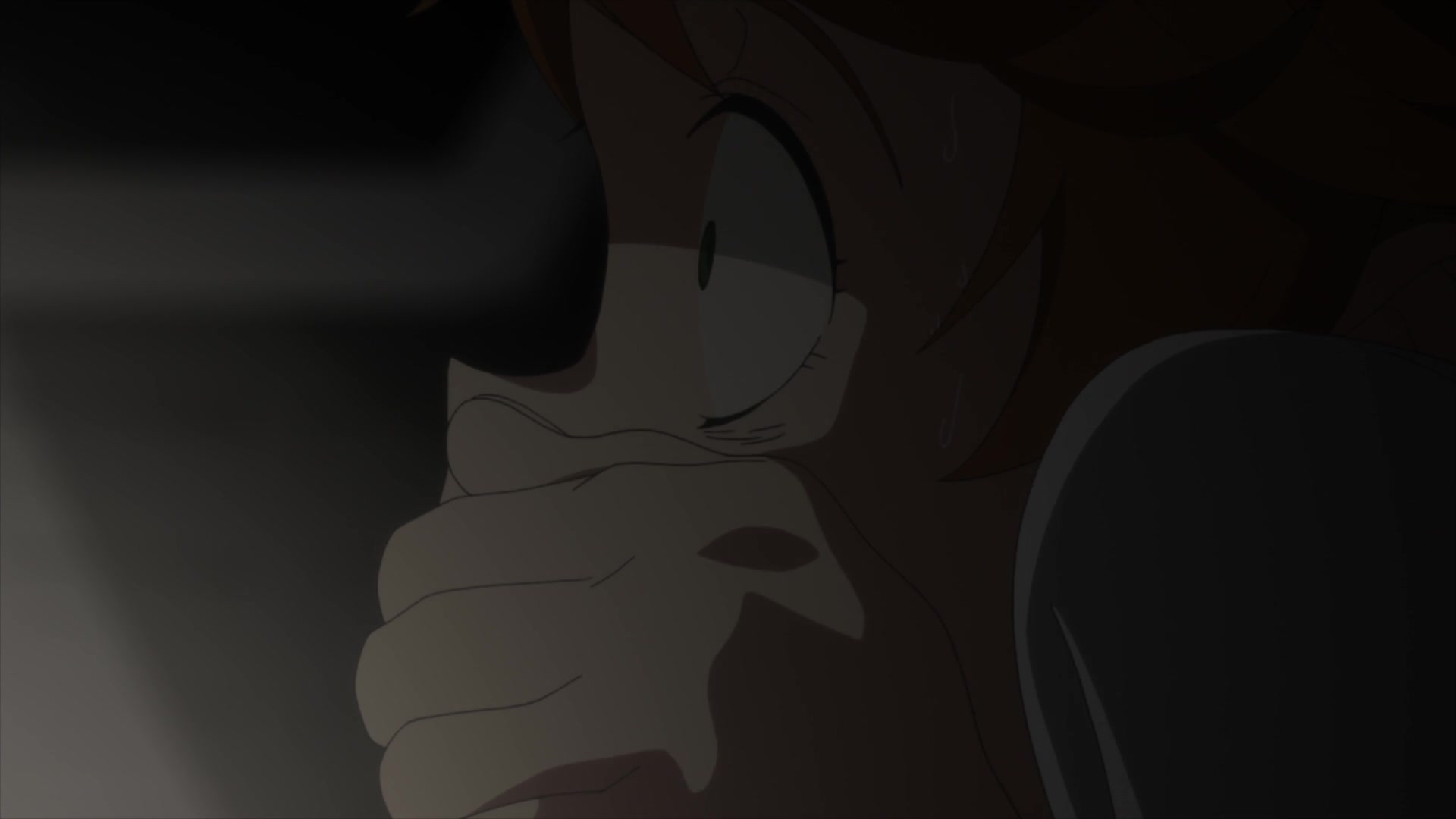 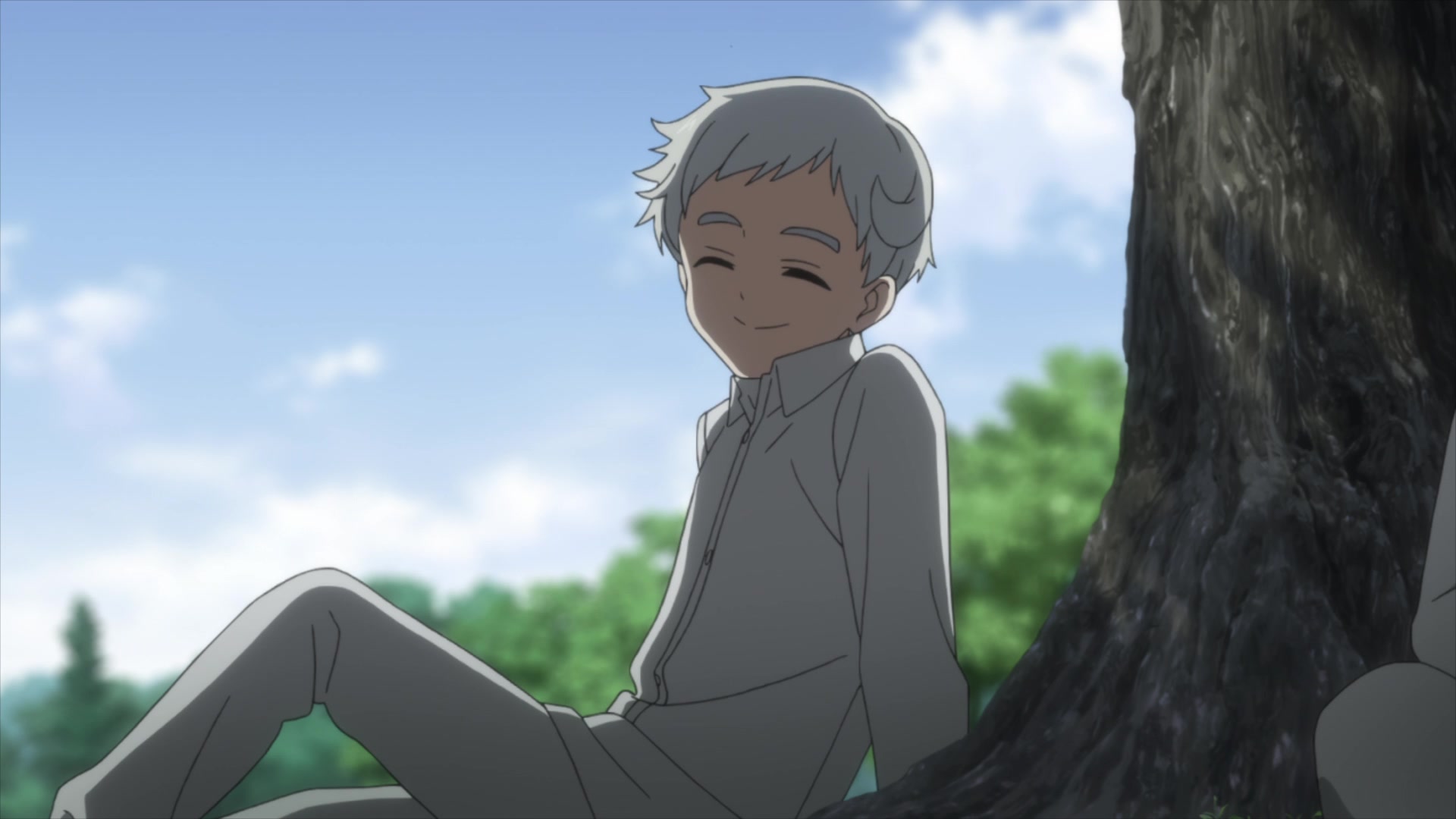 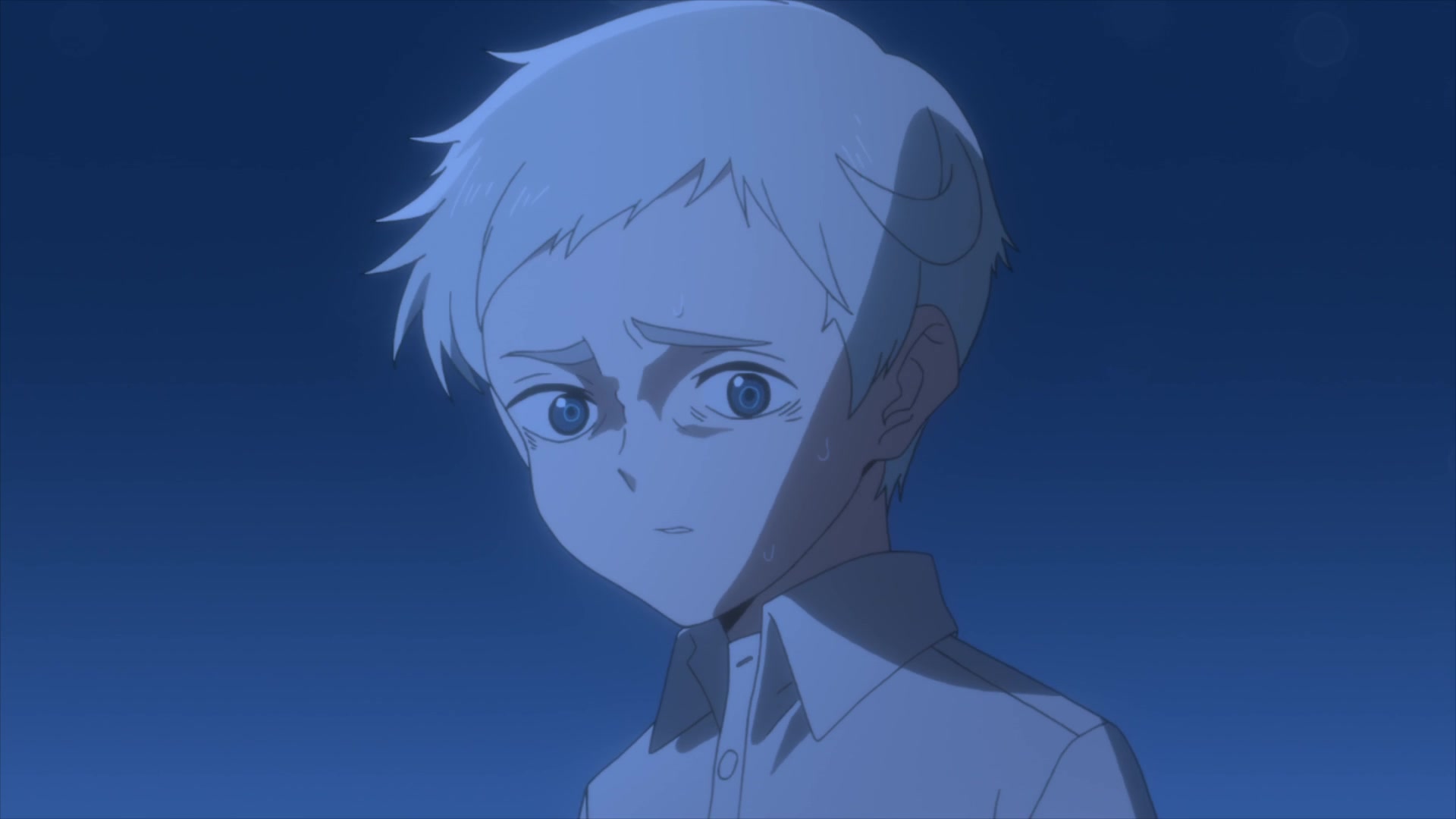 Their world is ruined when they realise what’s happened to Conny. It becomes a story of us versus them. The change in Norman’s expression is particularly disturbing. For most of this episode, he’s the one guy with his shit together, the one in control, but by the end, for perhaps the first time in his life, he’s completely defeated. 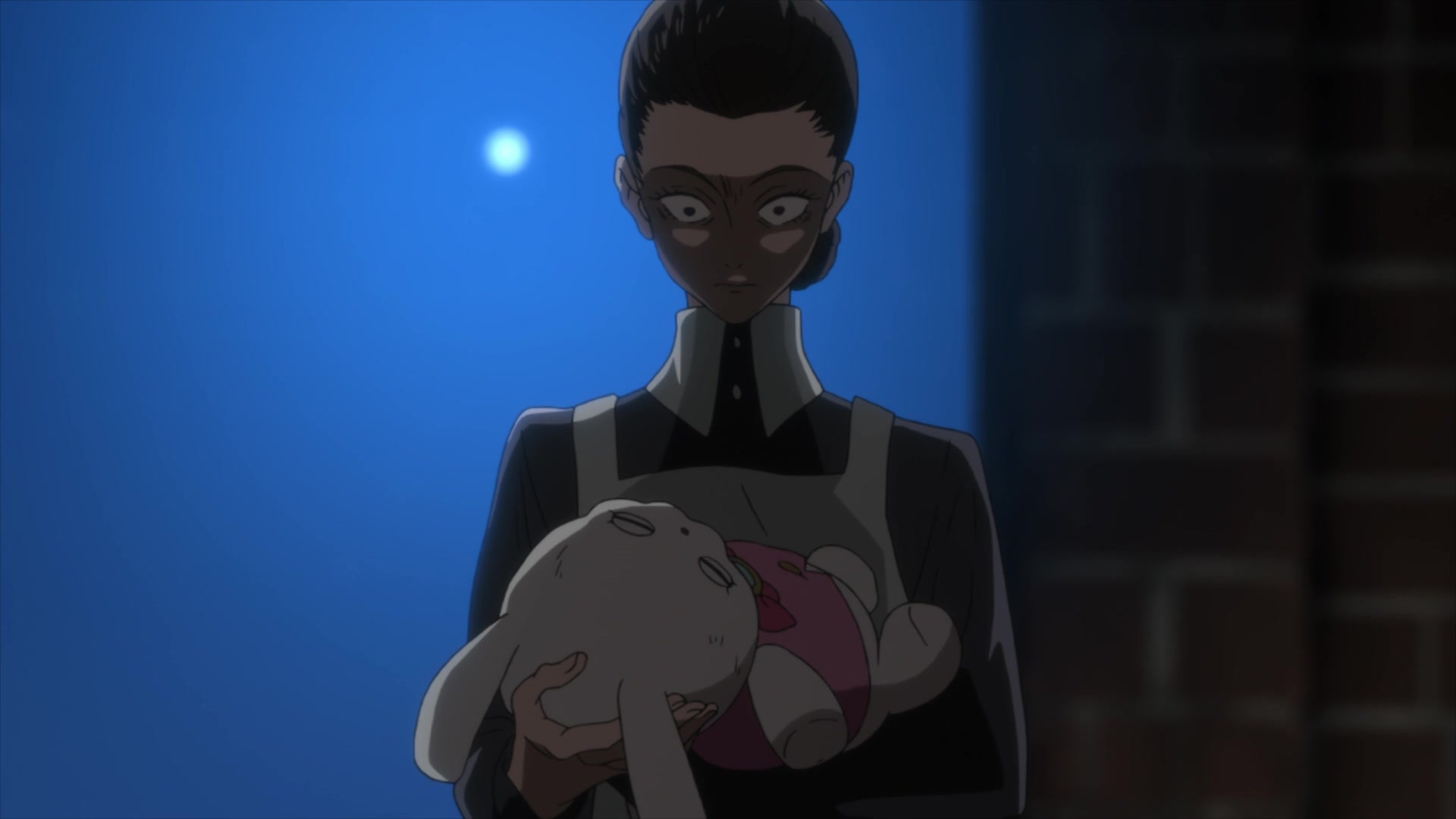 When we grow up, the world suddenly seems less… protective. Faces and expression become more complex.

There’s a lot about The Promised Neverland that recalls the earliest and most visceral sections of Attack on Titan. From the flesh eating monsters living on the boundaries of the orphanage to the sense of desolation when facing a situation that’s overwhelmingly difficult to escape. It’s a primal story that taps our natural instinct to break down the boundaries that constrict us.