This is what I needed.

Dororo episode 1 is a visual treat, with its Mushishi esque painterly backgrounds and moody period setting. 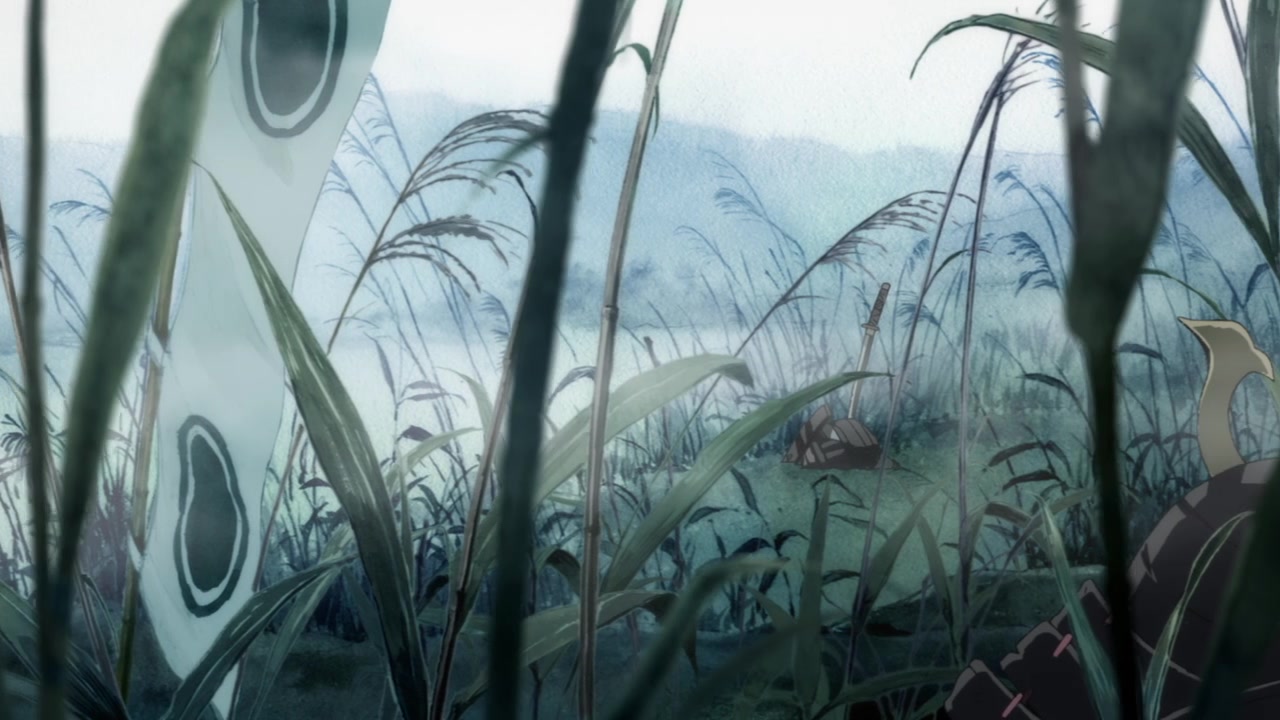 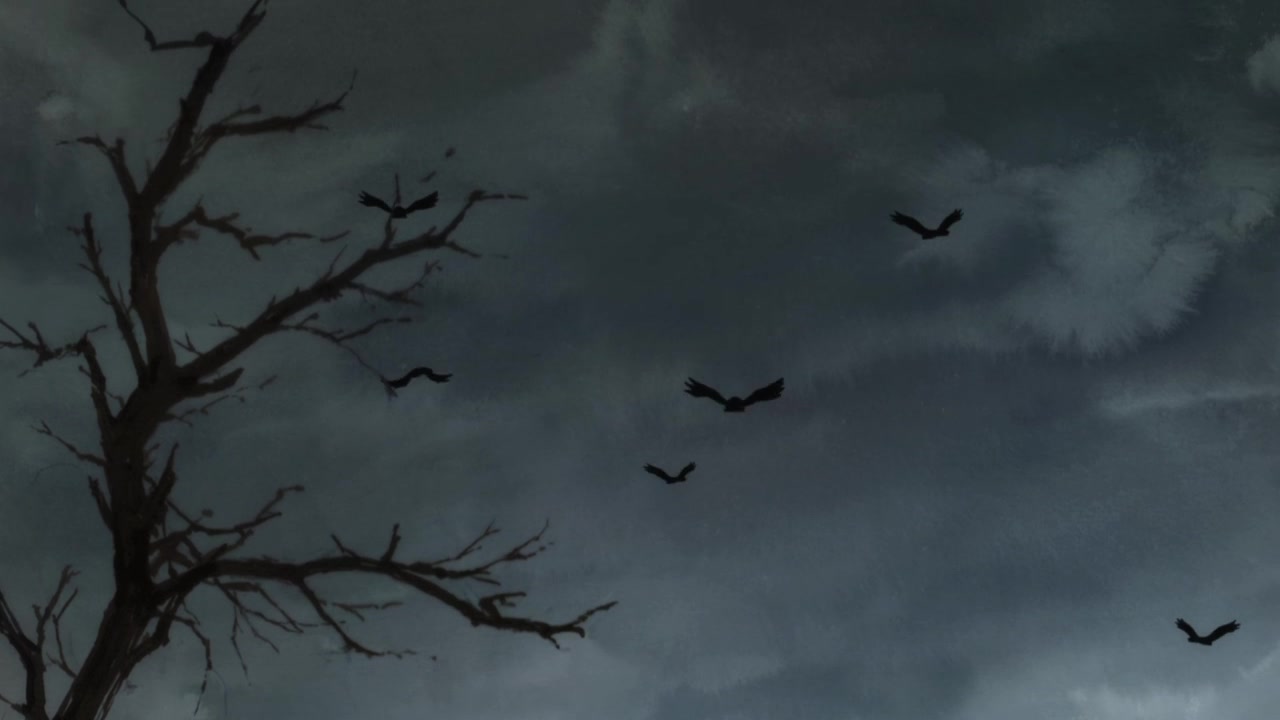 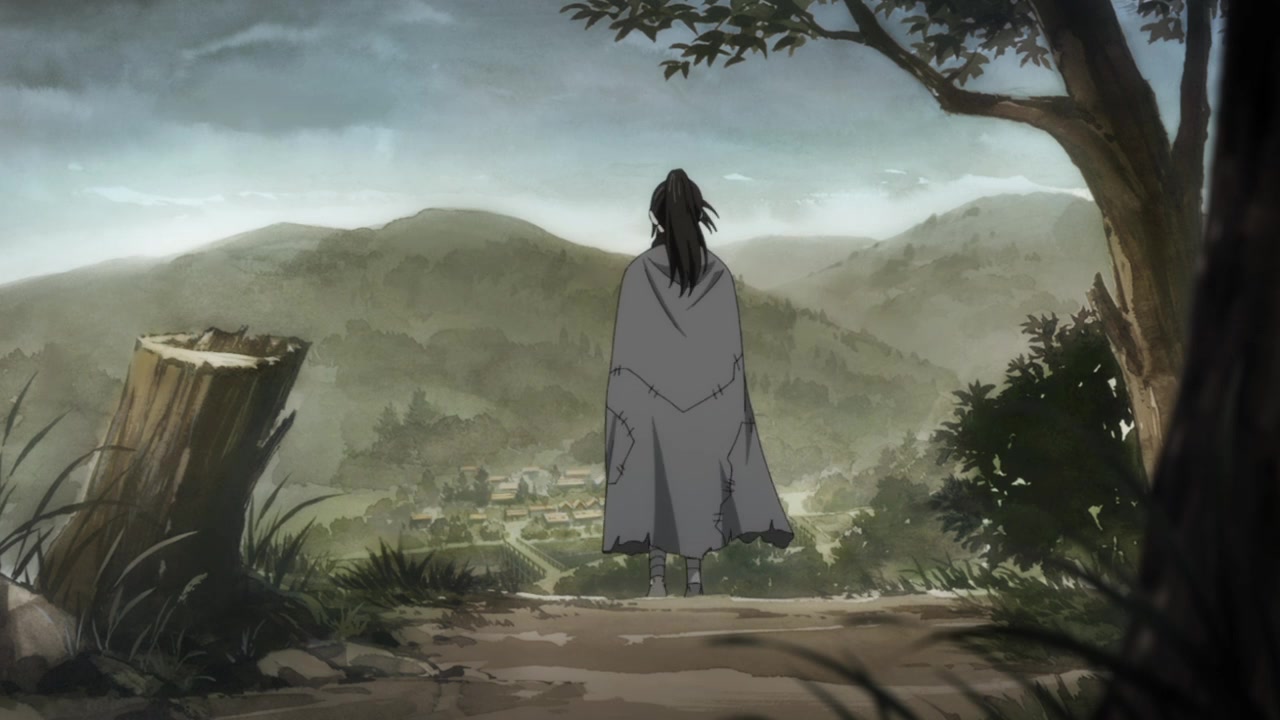 It’s beautifully drawn and animated. It’s also something of a ghost story. 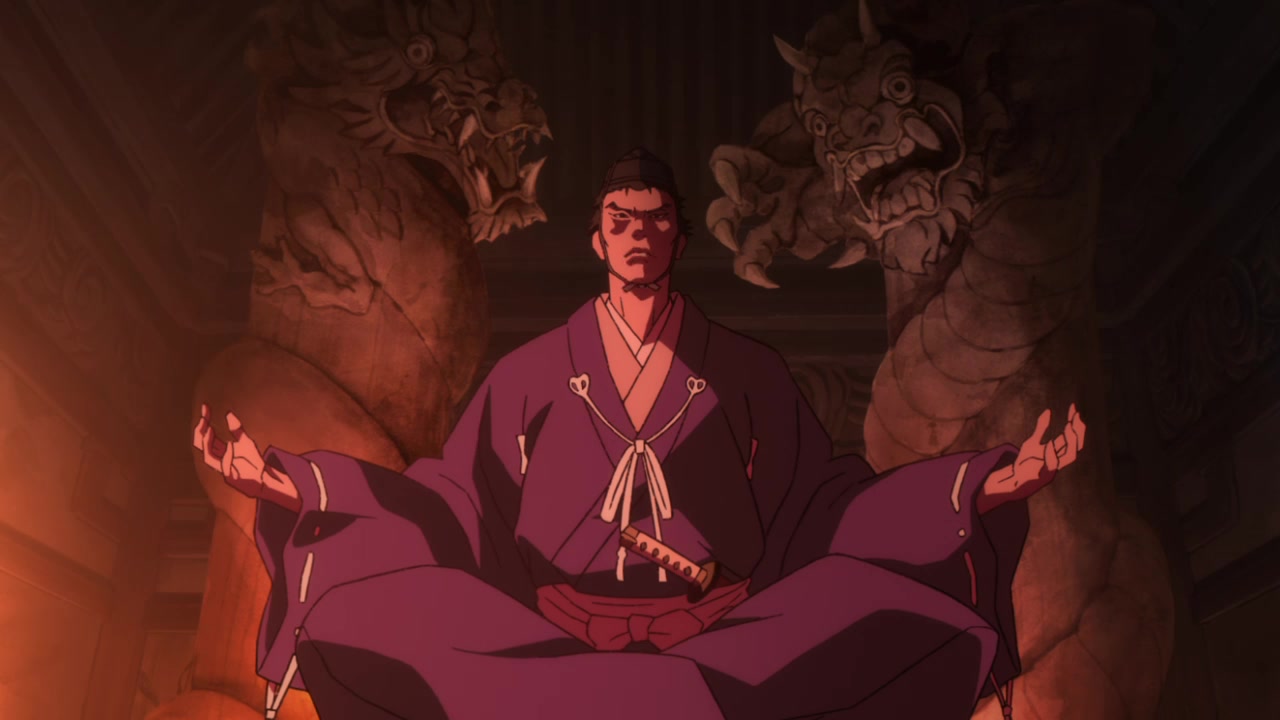 Abandoned by Buddha, a lord prays to demons, willing to give them anything in exchange for the fulfillment of his ambitions. They take his newborn’s limbs, face and skin. 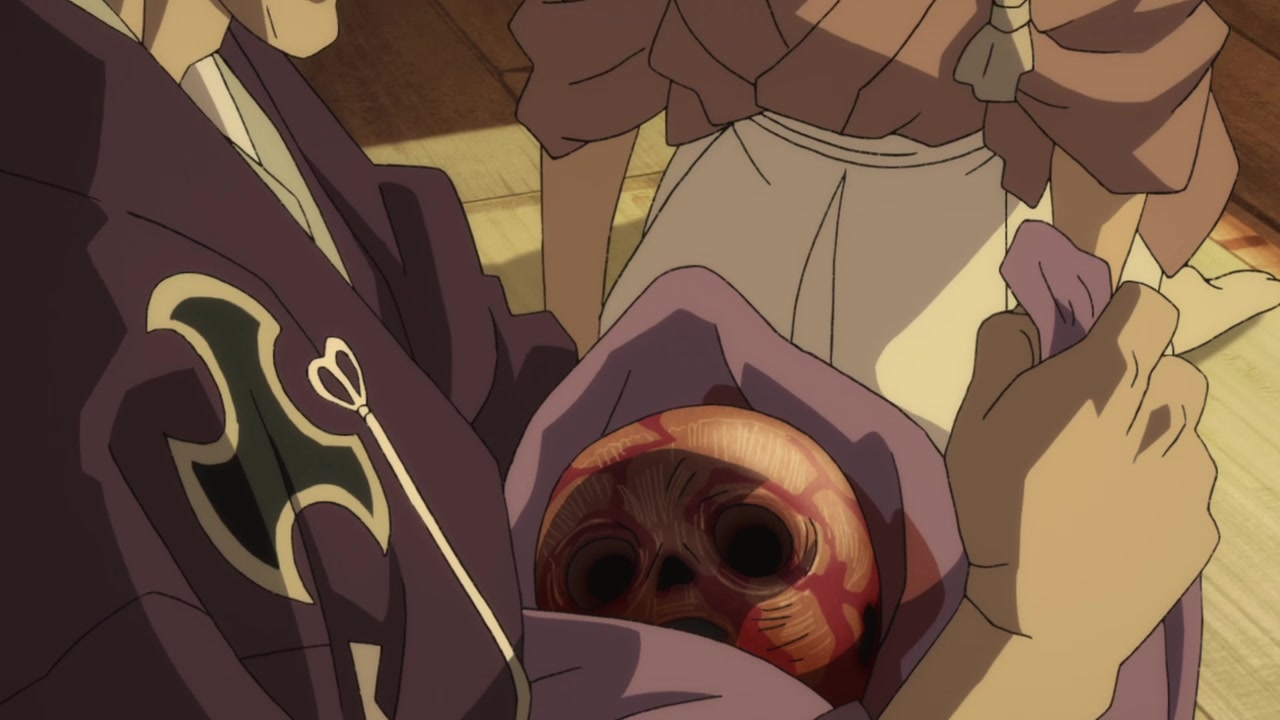 He’s more skeleton than baby, but somehow, he’s still alive in the picture above, writhing and bleeding in the blanket.

As an act of mercy, they decide to give him to the river. 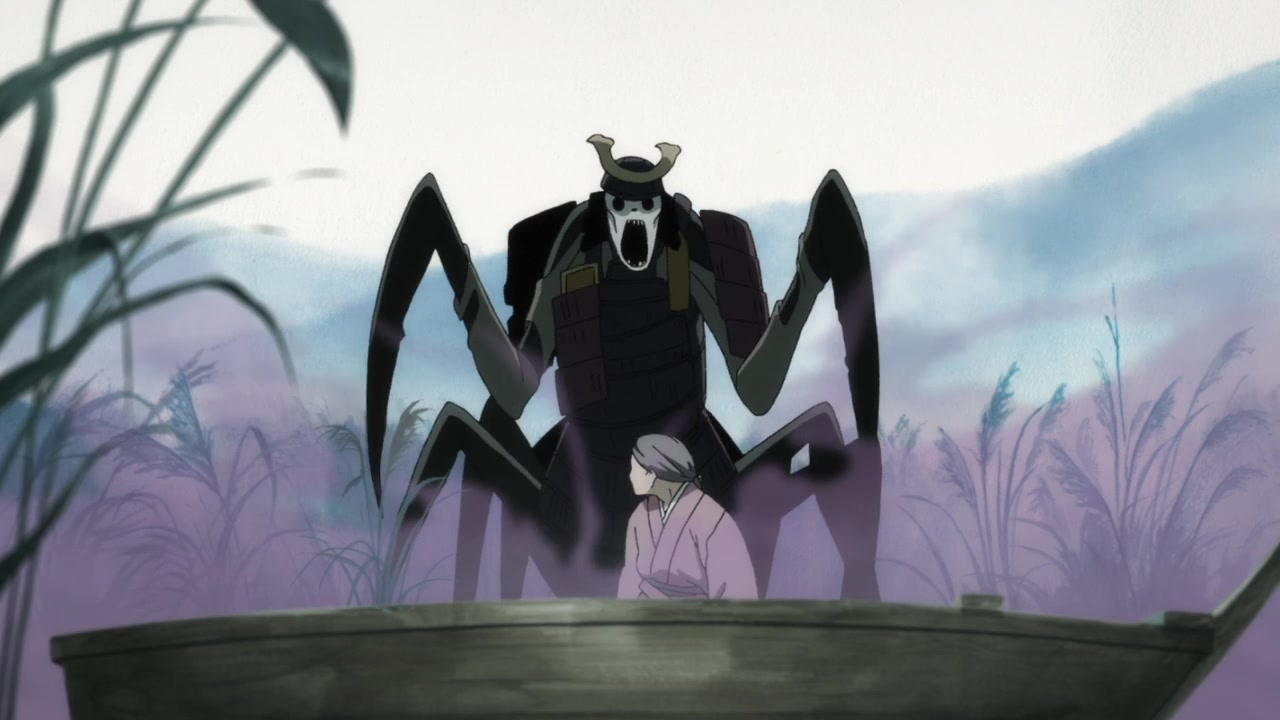 He’s placed in the boat by the midwife, but just as she’s about to push him off, something creeps up in the reeds and attacks her… 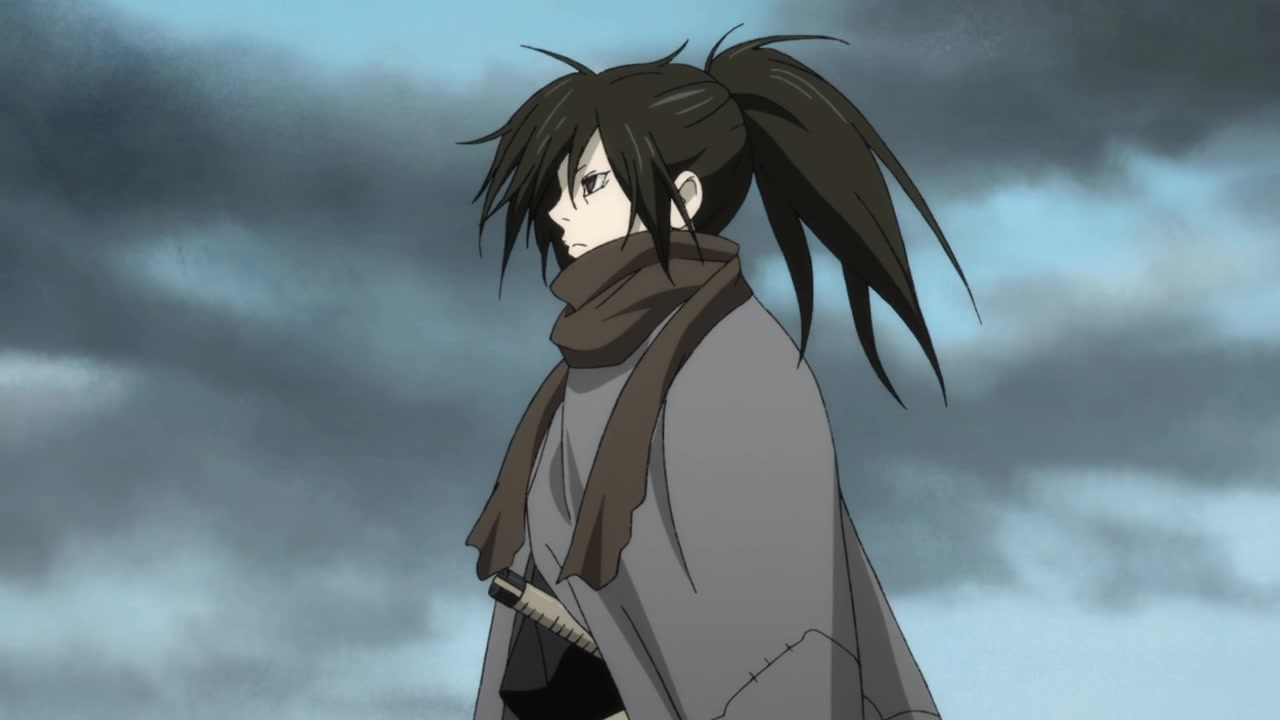 Years later, the boy grows into a samurai. Don’t be fooled, though. His face is just a mask, his limbs are prosthetic. He’s still cursed by his father’s vow. 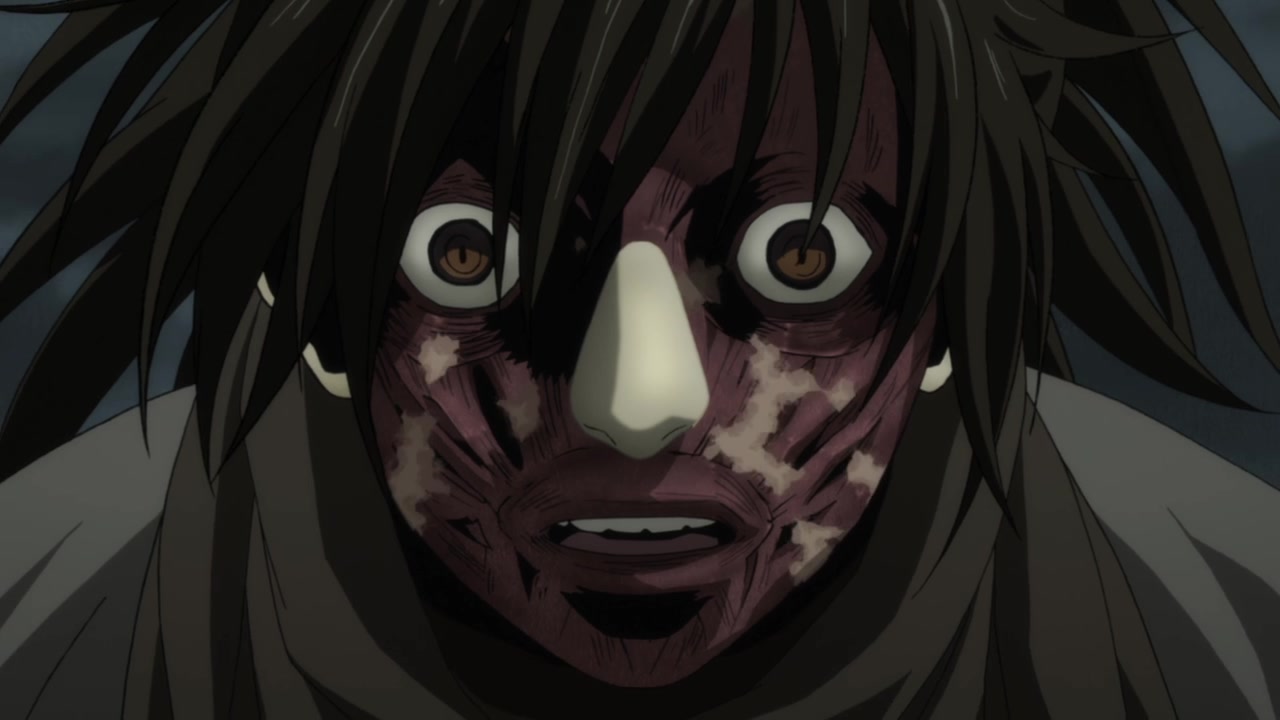 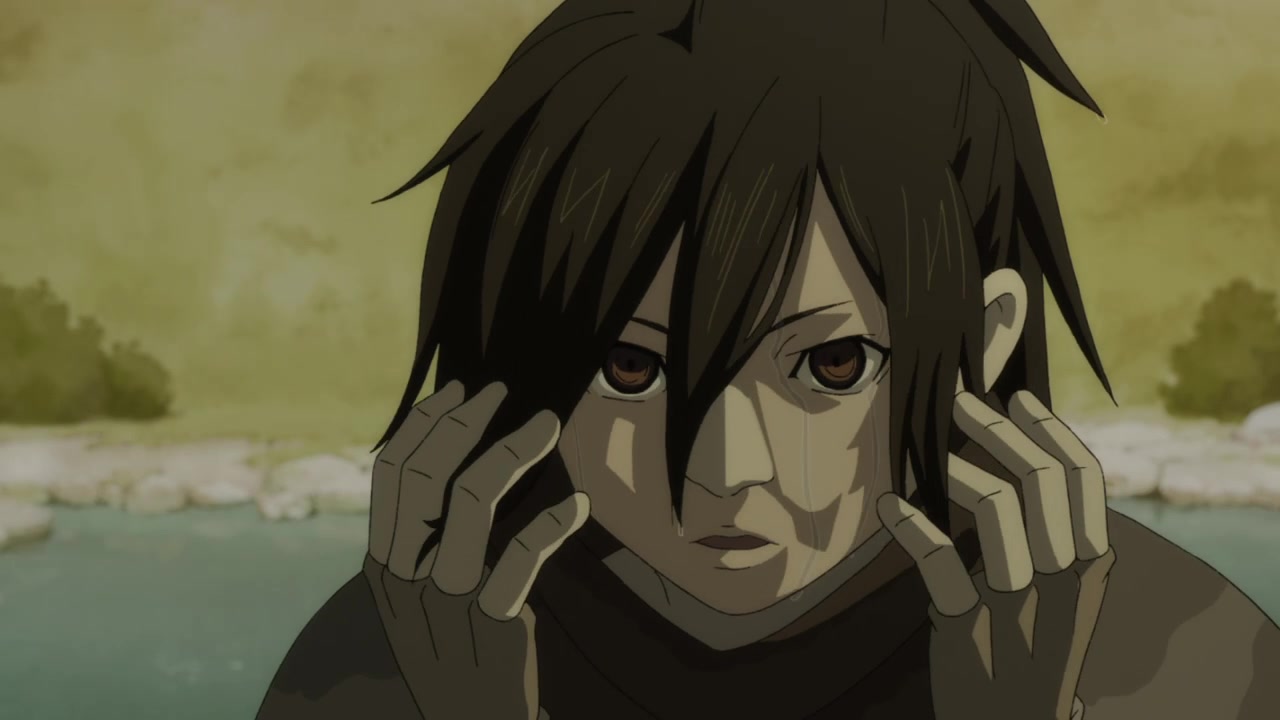 His mask falls when he kills a monster that’s lurking in the river, and another grows in its place. 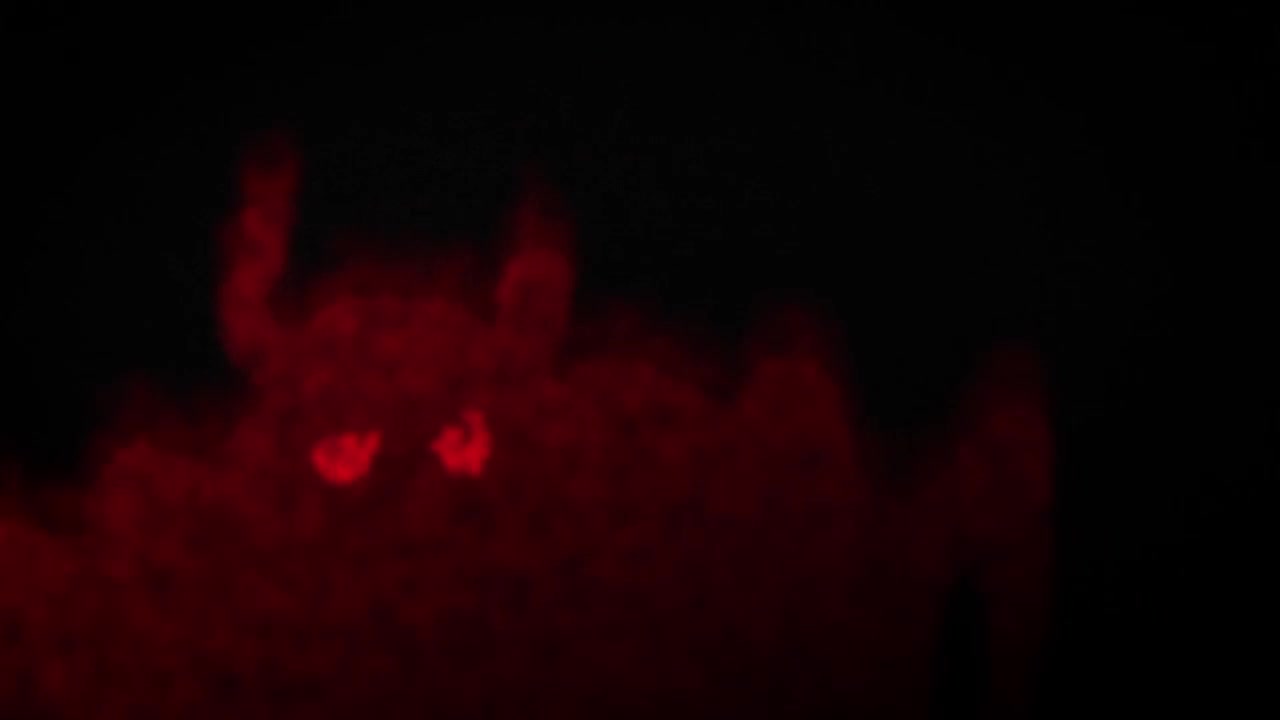 When we see through his eyes, it’s a black nothingness except for nightmarish spectres.

There is much we don’t understand. 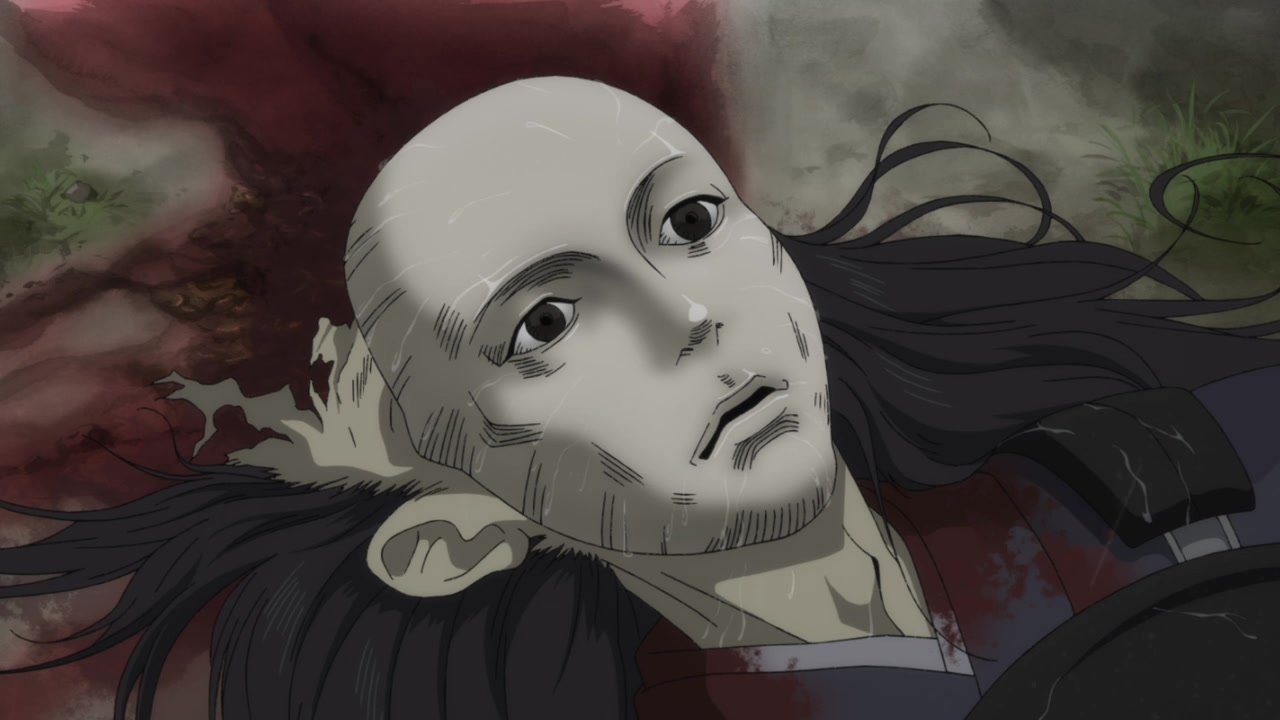 Dororo is not exactly a new story. It was written by the legendary Osamu Tezuka in 1967, so it’s a trivial thing to spoil. This was too good of an episode, though. I love Japanese folklore. I love ghost stories and weird tales. It swept me away. I wasn’t expecting it to look this beautiful. I need more.

3 replies on “Dororo episode 1 is superb”

I’m a sucker for beautiful anime. I’ll have to check out Dororo. Thanks!

It’s worth it, for sure! I ended up with 57 screenshots from the first episode alone!

I also read earlier that Dororo is going to be 24 episodes, which if this episode is anything to go by, is very good news indeed!

[…] helps that anime just seems really good at the moment. This is a cracking season, with Dororo and The Promised Neverland leading the way, and Run with the Wind carrying over from last year […]