My gut feeling is that Boogiepop and Others won’t be a crowd-pleaser.

In these first two episodes alone, there is a lot of dialogue, much of it referencing characters that we haven’t met or aren’t familiar with. Events keep happening off-screen. Scenes jump back and forth in time. Moments are constantly being re-contextualised.

Be prepared to feel confused and anxious, but also ready for an otherworldly atmosphere, where strange things run amok. Witches, Aliens, Clones. Things that eat people, things that save people, things that are vague and hard to understand. An undercurrent of desperation and suicide. It has much of the idiosyncratic rhythm of Boogiepop Phantom, but probably lacks the visual flair.

I love that Boogiepop has an urban setting, where dirty concrete buildings and messy electrical wires suffocate the air. The brief bits of action we’ve gotten so far, like the Manticore jumping up the outside of a run-down parking lot, are weirdly magical and extraordinary and contrast with a murky city and its apathetic modern people. 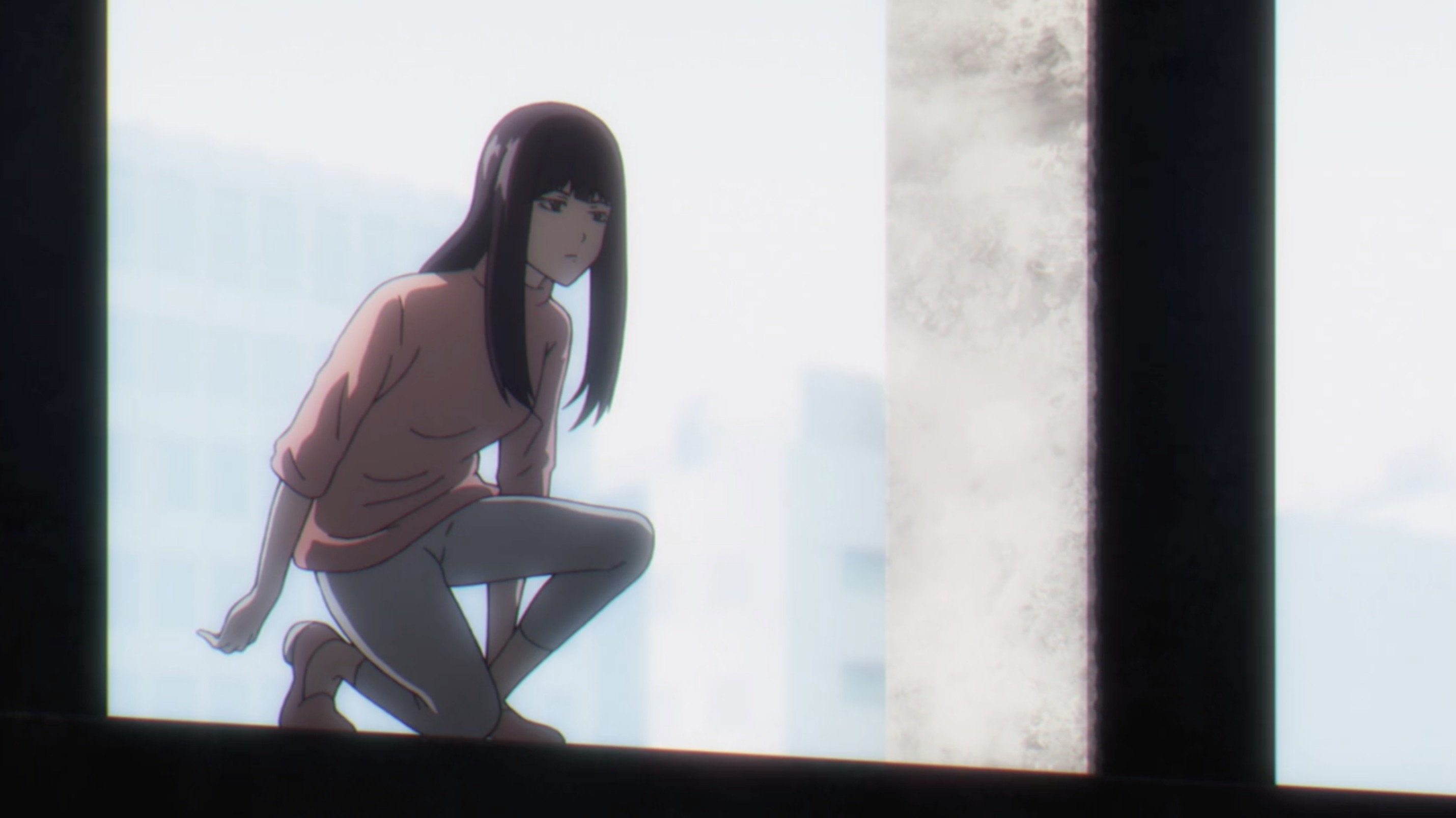 Is Kensuke Ushio the best musical composer working in anime today? For me, he’s the best new composer to emerge in the last 10 years. This time last year, he was tearing me up with Devilman Crybaby, and he’s done it again with Boogiepop and Others. Scenes of a distraught Echo staggering through claustrophobic back-alleys, stepping in dirty puddles and bumping into annoyed passersby are underscored with Ushio’s contemplative and ethereal sounds. He’s dragged me deep into this story.