Shuzo Oshimi’s Happiness is a beautiful clusterfuck that I can’t get enough of, but let’s get one thing clear: there’s absolutely nothing happy about Happiness.

It all begins when high-schooler Okazaki is bitten by the vampire Nora. She grants him two choices: either live like her, or die.

Really, he has no choice. 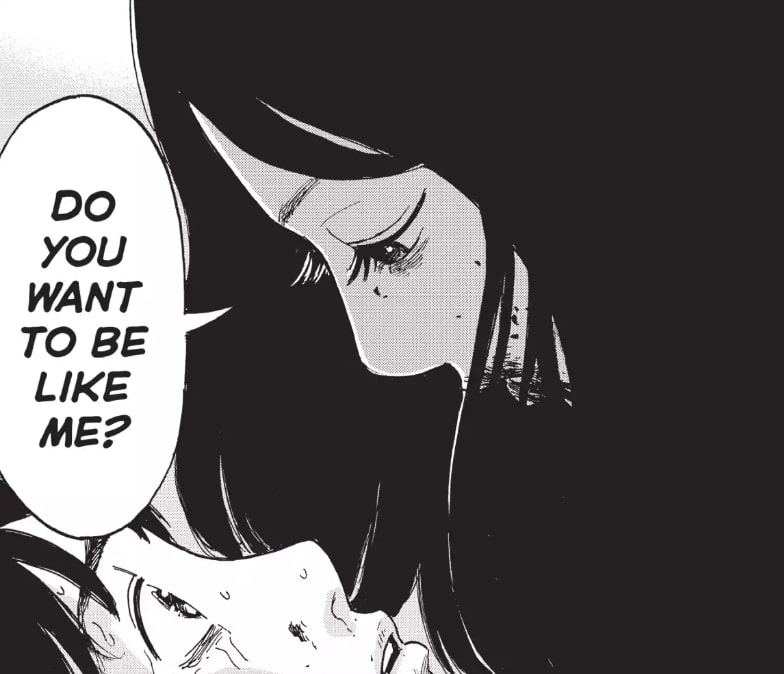 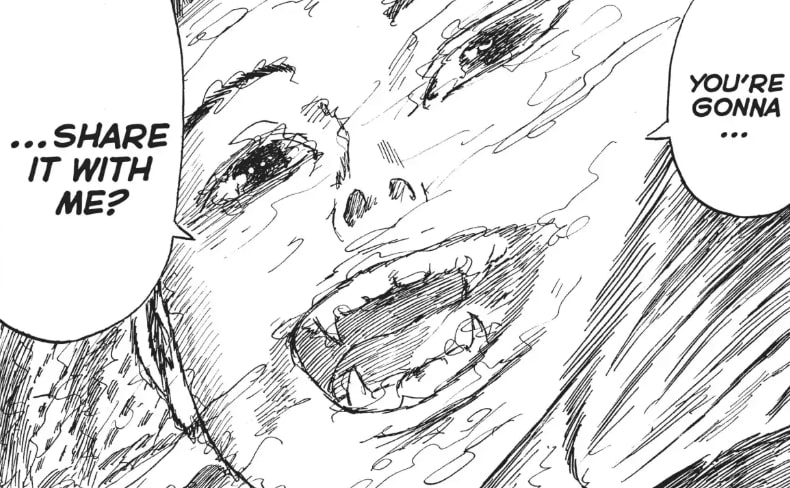 Inevitably, his life erupts in a hail of blood. 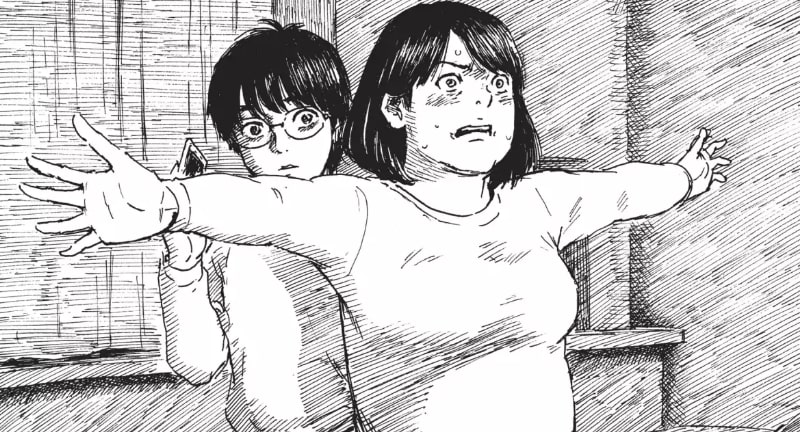 Such a normal boy would have a normal family, and Okazaki’s mum is so protective. Completely at her wit’s end trying to keep him healthy, she refuses to let go of her son, but the reality is, he can’t stay with her any more. Things have gone too far for that. 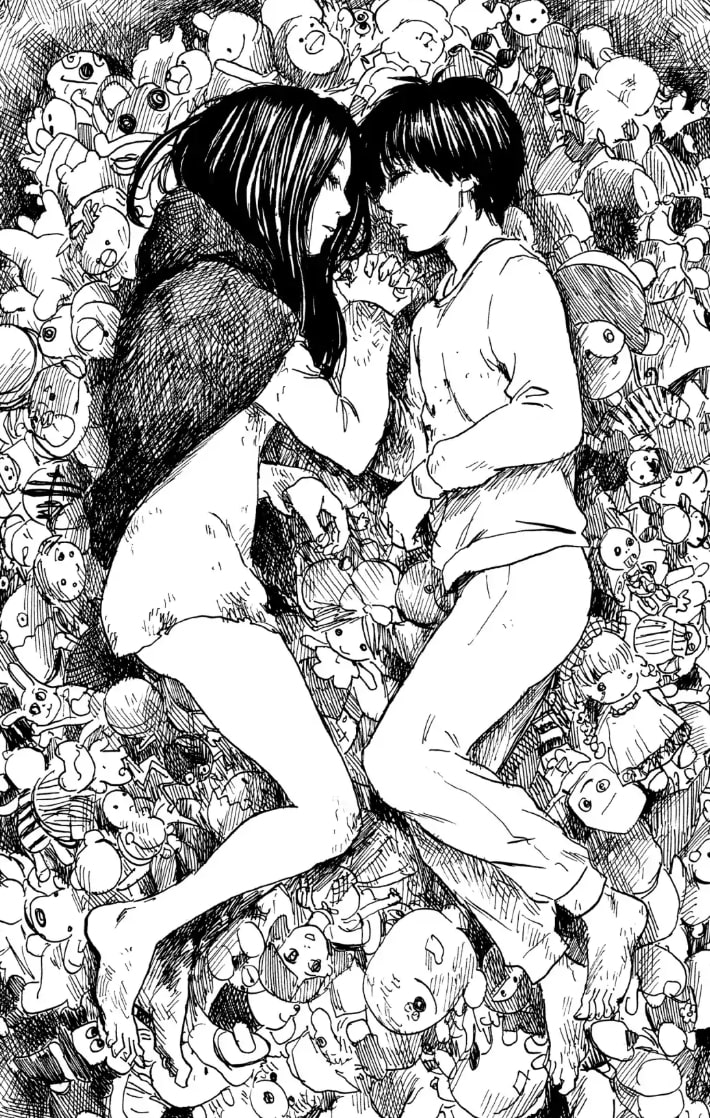 He’s a vampire now. Like Nora, like a ghost, frozen in time, frozen inside the body of a teenage boy forever. 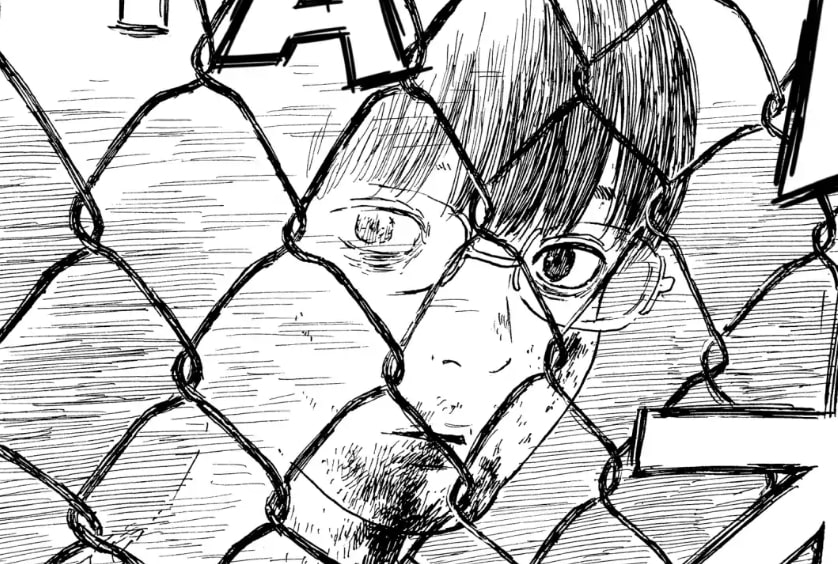 Happiness is full of haunting moments. Shuzo Oshimi has a way of taking the mundane and peeling away layer after layer, as if flaying his characters, until all that’s left is raw and naked. They are trapped in whirlpools of despair, being sucked into the swirling nothingness at its centre and losing everything they took for granted along the way. It’s a total disintegration of a timid boy’s life. I keep expecting to be bailed out, but Oshimi just pulls us in deeper. It’s like Aku no Hana all over again, except the horror isn’t just psychological this time. 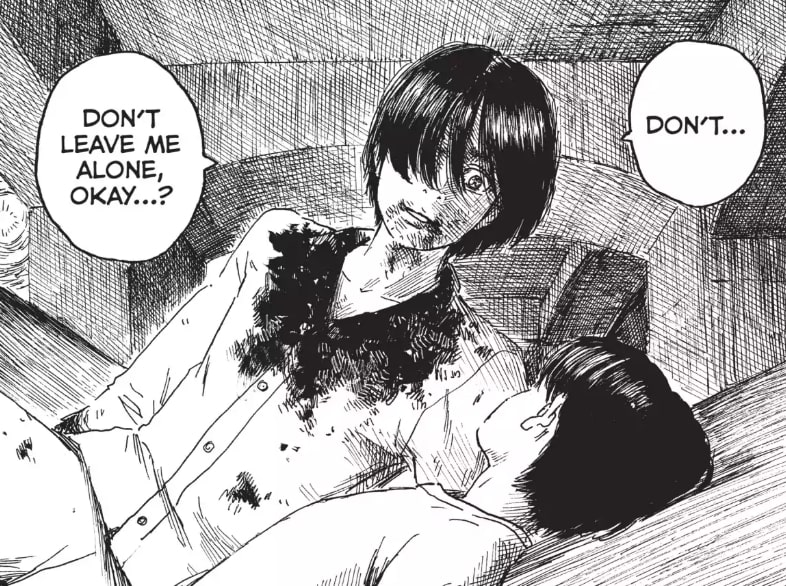 At times it’s an uncomfortable read, but I can’t lie, this is exactly my type of fucked up manga. The type that stays with you for days after. It’s about despair, loneliness and loss, and trying to find an island of calm and dignity amidst it all.