Truly good horror anime is hard to find. Anime tends to use many elements of horror, but it rarely adds up to something that’s scary.

Ostensibly, Bleach is about hunting ghosts, but it’s more action than it is horror. I was, at times, horrified by the likes of Perfect Blue and Mushishi, but again, these are hardly traditional horror works; Highschool of the Dead and Shiki are two good recent examples of this. The former has a classic zombie set-up, but lacks the sense of despair and gore boasted by any given Romero flick, and the latter, whilst very much loyal to the classic Dracula-esque vampire, is lighter than it is dark.
I’m not sure if it’s fair to say that anime doesn’t do horror, but it’s just very rare to see it done particularly well. It’s not that the Japanese can’t do it either, especially considering the creep factor of films like Ringu (one day I’ll write something about Kiyoshi Kurosawa,) but perhaps it’s just an odd quirk of the aesthetic of Japanese animation that the horror is weak?
One of few series that I think does it well is Pet Shop of Horrors, which at least embraces the idea of unsettling its audience. It’s only 4 episodes long and some episodes are clearly better than others, but it has a surreal atmosphere and goes in some strange directions; in one episode, a grieving man falls in love with a mermaid because it looks just like his dead girlfriend! Of course, that reads like the set-up for yet another romantic comedy, but the creatures are ambiguous and weird, operating on a distant plain of logic. 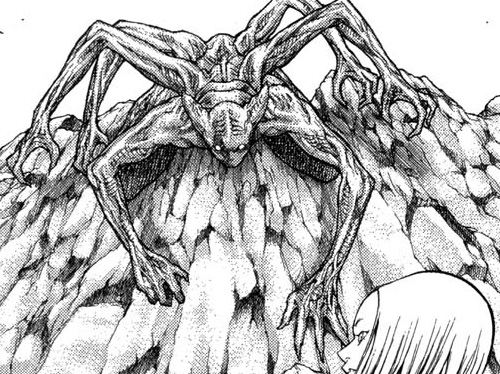 Earlier I watched a new BBC documentary about horror and I was struck by how films like The Texas Chainsaw Massacre are considered classics, yet contain nary a monster. In that way, I think Shigurui is one of the most effectively disturbing anime I’ve seen that’s supposed to be set in a real time and place. Samurai are often romanticised in the same way that Europeans think of knights and Americans think of cowboys, but fact is, these guys were honed killers, so they probably weren’t all such nice blokes. Shigurui is about samurai, but one can quite easily imagine its characters transported into the messed up world of The Texas Chainsaw Massacre.
Another point brought up by the BBC’s documentary is just how frightening the sound in The Exorcist is. This is perhaps the most underrated element of horror. Critics often talk about how it’s best not to show everything and to let one’s imagination fill in the gaps. The Exorcist chills me to the bone every time I hear that old voice rasping out of young Linda Blair’s throat and Ghost Hound is one of the few anime that gets anywhere near that same sense of unease; certain scenes, including one where a ghost is found repeatedly running into a vacant road and getting knocked over by an imaginary car, is undeniably scary because of the sound that underscores every moment; a dissonant collection of electronic noises that keeps one perched in a state of worry, unsure of what’s coming next. 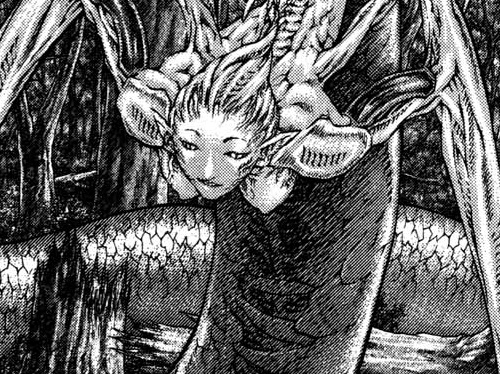 Sound is a crucial element of what people call the language of cinema, but if you can understand that language, you can often predict what’s coming next, and to me, that’s not scary. The core sentiment of a certain H.P. Lovecraft is that horror is what one feels when confronted with something that’s truly unknowable, yet that’s a feeling one rarely gets whilst watching anime. I’ve tried to come up with a few notable examples, but I would be delighted to know if there’s anything else that I really need to see?