The lad covered in ash 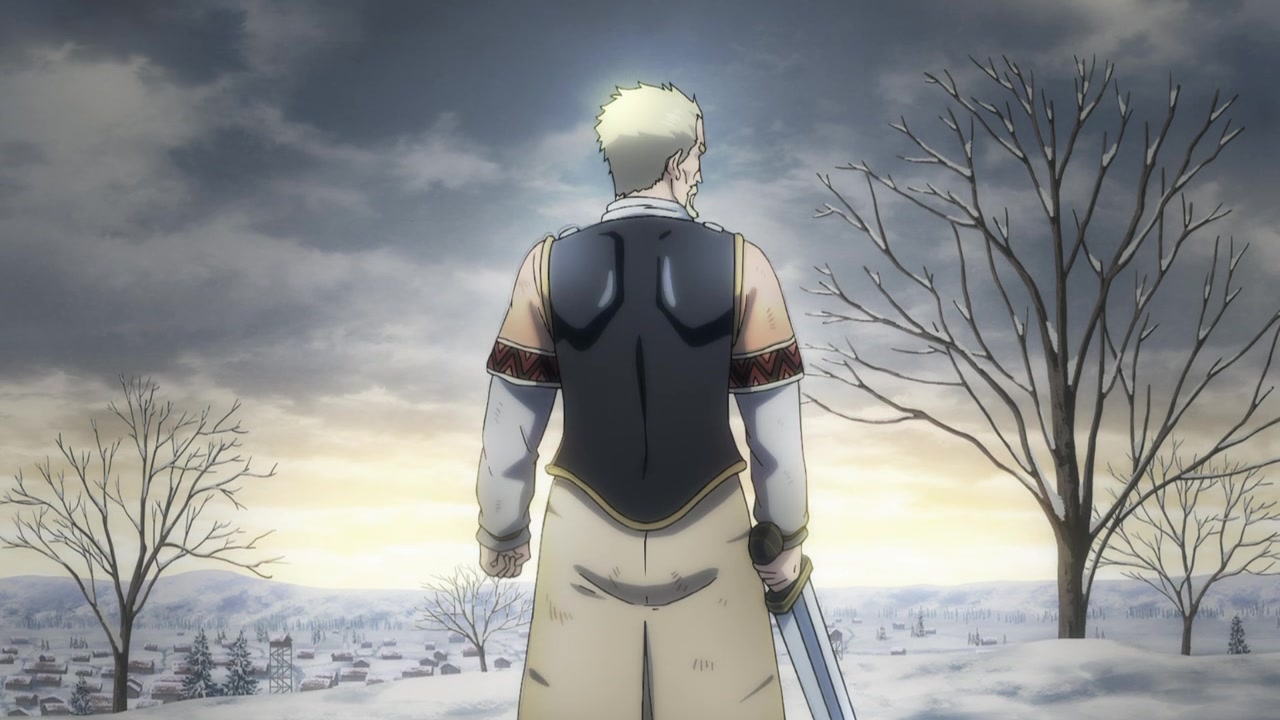 It’s easy to assume that Vinland Saga is Thorfinn’s story alone, but that couldn’t be further from the truth. Thorfinn’s life is just an echo of Askeladd’s own, a man willing to sacrifice anything to further his enigmatic ambitions. He is clever, charismatic and strong, but none of that matters, because he’s still a slave to his past: the little boy, covered in ash, trying to get back at the people that treated him and his mother like animals.

The Light of Dawn 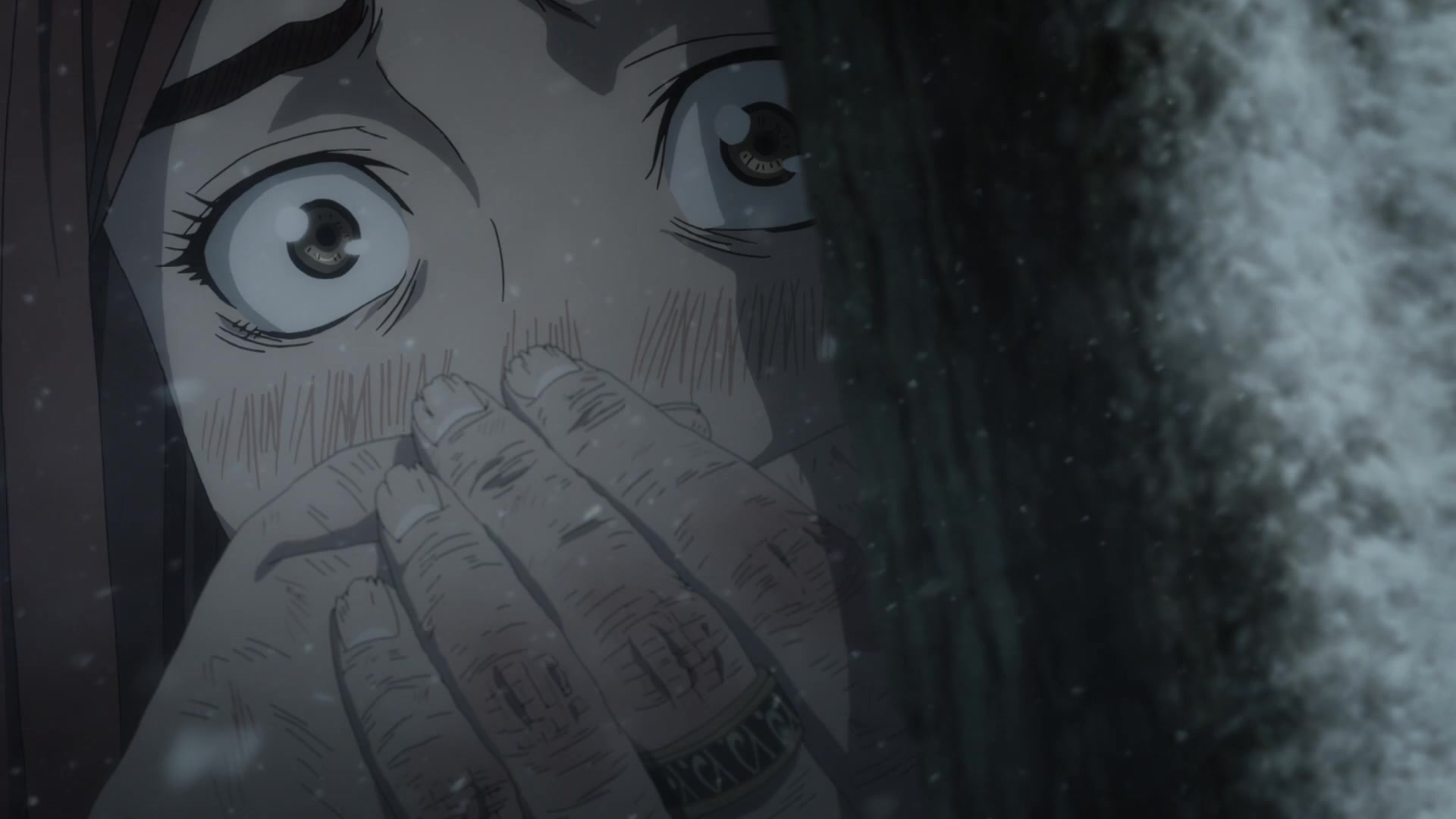 Askeladd is a complicated person. Just like his comrade Bjorn, we are seduced by his charisma and intelligence. He feels different to the other Vikings, as if there’s some humanity or sympathy still alive in him, but there’s a hardness too. In episode 14 (“The Light of Dawn”), in the depths of winter, Askeladd’s Vikings stumble into a small, snowy village and kill most every man, woman and child. In the aftermath, in the white-blue moonlight, the lone survivor is a young woman stumbling through the snow. To Askeladd, she is nothing, just mere collateral. Who cares that they just butchered her whole family? 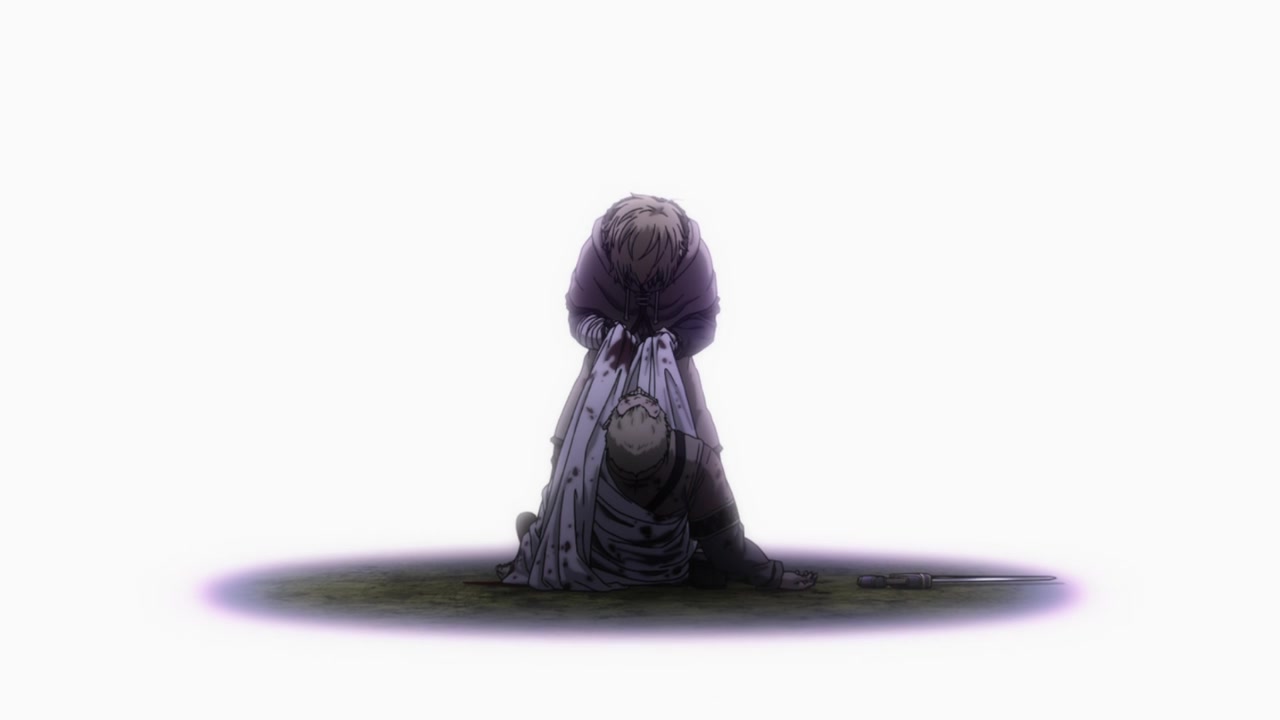 In the future, after I die, how do you plan to live your life, Thorfinn?

Askeladd dies in Thorfinn’s arms, urging him to look beyond the battlefield and become the “true warrior” that he could not, implicitly confirming that he admired Thors and knowingly wasted his life trying to escape his past, only to repeat it. In the end, the tragedy is that he couldn’t overcome his hatred. The ash won out.

The End of the Prologue 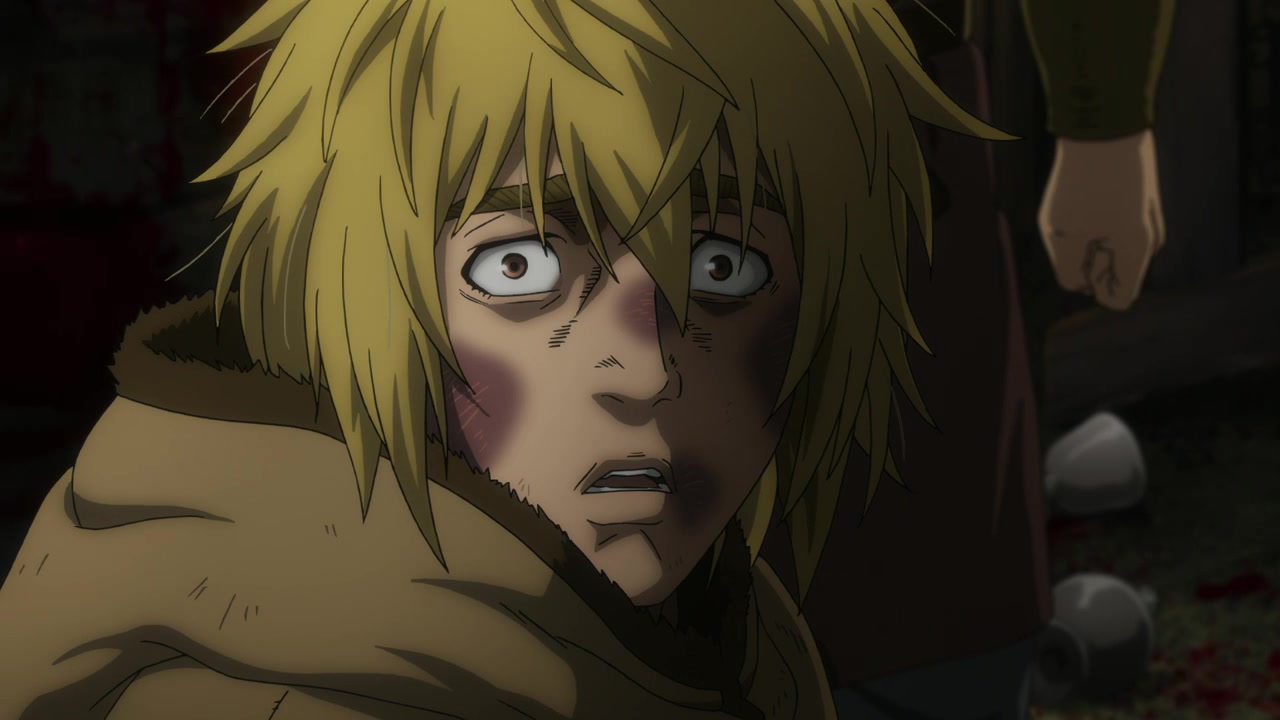 In a story filled with violence, Vinland Saga preaches pacifism, that to be a true warrior is to find some meaning in your life beyond hate, even if it means forgiving the man that killed your father.

In a historical sense, Vinland was what the Vikings called North America. To them, it’s an unexplored country, but on another level, it represents adventure and a land without hate, ending with Askeladd telling Thorfinn to move towards a future beyond the battlefield. 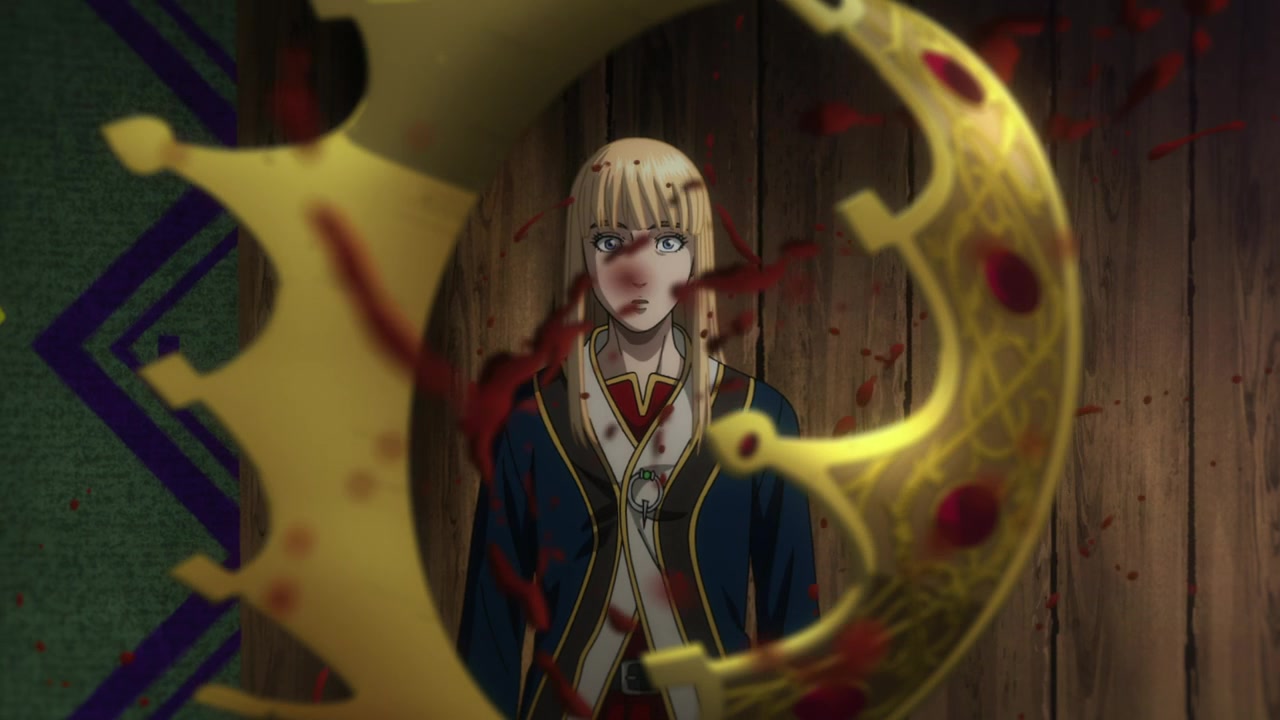 The Vinland Saga anime adapted up to chapter 54 of the manga (at the time of writing, there are 168 chapters out) and whilst author Makoto Yukimura has said that the manga is reaching its final arc, it’s still likely to take him years to finish, suggesting that any future anime would be years in the making, too.

Which is to say, there hasn’t been an official announcement of a second season yet, but if the last few scenes of episode 24 are anything to go by, the animators are certainly hoping for it: many of the ending images are of characters from future chapters.

Alas, we can only hope! And you can bet I’ll be there if they ever get around to making it.

5 replies on “The End of Vinland Saga: An Inevitable Tragedy”

So, what did you think of Vinland Saga? Do you think it lived up to the manga?

Since I’d been waiting more than a decade for this anime, my expectations were pretty high and I wasn’t disappointed: the animation was a little rough at times, but otherwise, we couldn’t ask for more! The soundtrack, especially, was superb!

Edit: I’ve embedded a favourite scene below. The music is just <3

Its a complete copy of the TV show vikings but with a lot of different history. Not sure where they got their information from or how they are making it.

Regardless, I’ve seen both series. Both are good but if anything, Vinland Saga is more accurate.

neither are accurate. they are very loosely based on true events to create an immersive story for the reader. Please read or watch history documents/documentaries for an accurate understanding of this era.